A collective, hybrid model for childcare and co-working is already generating enough demand for two locations in and Detroit, with more in the works. 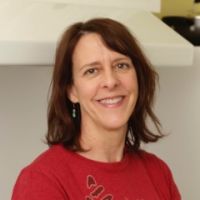 Krista McClure and Emory, a regular at the Detroit Parent Collective. (Photo by Melinda Clynes)

By her mid-twenties, Krista McClure had tried on many hats and served in a broad range of educational roles. She worked as a paraprofessional in schools with affluent students and schools with underprivileged students. She served with an organization that promotes quality education in Detroit, learning about education policy and working with administrators, parents, students and legislators. Smart, passionate and a true seeker of knowledge, McClure became an expert on education issues.

All that, while the only credential tucked beneath her own arm was a GED.

After being enmeshed in educational pursuits, McClure turned next to urban development and community building. That work sparked interest for her current venture, the Detroit Parent Collective, a co-working space for parents with onsite childcare and preschool programs for children. Its affordable, membership-based structure makes quality learning for young kids accessible, no matter the number of children in a household or the family income level.

McClure first pitched her parent collective idea to nonprofits, but did not attract the interest she’d hoped. So she ventured forward on her own, borrowing money to purchase a commercial property in Detroit from the Wayne County Treasurer’s Auction of Tax-Foreclosed Properties. She then convinced the owner of the space next door to sell it for half its asking price.

Persistence paid off, with the Detroit Parent Collective launching in October 2017.

The collective’s space is a calming combination of a childcare center for babies and toddlers; a “Montessori, Waldorf, and Reggio Emilia-inspired” pre-school for inquisitive kids; and a co-working space for engaged, entrepreneurial parents.

It’s small and intimate and feels like home. Shoes are left at the door, and hallways are decorated with photos of the kids. Soft colors, natural wood and plants add to the vibe.

Along with the cozy environment, the collective has small classrooms, nature-based learning, and a small-persons’ “atelier” (art workshop). For parents, the work and relaxation spaces allow them to stay in close proximity to their children while supporting children’s independent exploration without the parent right beside them.

Detroit Parent Collective’s original space, renovated after the auction purchase, is located in a Detroit neighborhood on McNichols Road, between Marygrove College and the University of Detroit Mercy.

“We landed in a neighborhood that was very empty, very blighted, very quiet,” says McClure. It’s situated miles from the development boom in the downtown and Midtown areas of Detroit, and McClure likes it that way.

“There’s a lot of development [elsewhere in the city],” McClure says. “There’s been a lot of change or gentrification, or whatever term folks want to use. I am doing my best to hold this common ground for all people regardless.”

By being in a not-so-pretty block, McClure feels she is building an understanding that a magical space can exist in an area that needs some tender loving care. “But it starts here,” she insists.

Unfortunately, Detroit Parent Collective’s original space in Detroit suffered water damage in August. The collective had to move to its current location in Madison Heights, a northern suburb of Detroit, which was meant to be a secondary location. McClure had already signed a lease for the Madison Heights space prior to the water damage that occurred in Detroit.

“We were already growing to our second location in less than a year because we saw there was so much demand, there was such a need,” says McClure.

McClure receives regular emails requesting her to bring the model to other communities. She plans to open another location in Pontiac or Ann Arbor next spring and hopes to re-open the Detroit space in January.

But well beyond the basics of the physical spaces and all the challenges that come with it, Detroit Parent Collective is committed to operating with a philosophy that works to break down barriers between social and economic classes and draw parents and communities together.

That means being fair and affordable. Because of the co-op concept, families purchase memberships priced per household, not per child. Memberships cover the cost of preschool, childcare, and co-working space. McClure did not want to follow the steps of other high-quality early childcare programs by charging the going rate, which she considers exploitive.

As a collective model, smaller families, in essence, help supplement the cost for other families with more children.

What comes with the affordable pricing is that parents must stay onsite. But they benefit by having care providers and teachers for their children while they work, study, look for jobs, volunteer or relax.

But parents don’t have to be working. They can come for respite, kick up their feet and read a book. “There’s no judgment, and there’s no shame,” says McClure.

They can also connect. And that’s core to what McClure aspires to create at Detroit Parent Collective: a space for parents to find other like-minded families who may be questioning current politics or the education landscape in Detroit and want to have conscious conversations.

“In that way, we’re a very radical space,” says McClure. “We have families who are thinking outside of the box and want to find a common ground around other families.”

As part of the co-op concept, parents contribute in ways they are able. One parent might assist in the classroom, another bring snacks to stock the fridge, or another teach an art class. “We understand that every family has varying needs and responsibilities so we work with what they’re able to offer,” says McClure.

While some member families might have resources to afford other high-quality preschools, McClure understands firsthand that many cannot. She was a high school drop out, was pregnant at 18, and lived in a women’s shelter at one point. The obstacles she faced are always close to heart when dealing with other “at-risk” families.

“I know what it was like to only have so much money,” McClure says. “There’s always ups and downs.”