An initiative to fight childhood obesity is now underway in five New Jersey cities — Newark, New Brunswick, Camden, Vineland and Trenton — where parks and gardens are blooming to battle the epidemic’s alarming consequences on children who struggle to climb stairs or who suffer from preventable diseases like diabetes and hypertension.

The efforts are bearing fruit in Vineland, where recipes are being created with local produce for school menus. In New Brunswick, high school students play with kids after the school bell rings. In Camden, schools are piloting breakfast in classrooms.

It’s all part of the work by the New Jersey Partnership for Healthy Kids, with seed money from the Robert Wood Johnson Foundation, to bring scores of stakeholders in the cities together to advocate for policies and environmental changes to increase access to physical exercise and healthy foods.

The changes will clearly take time and effort. They include making local parks safe for children to play. Getting parents to serve on school wellness councils and demand more physical education time during the school day. Increasing healthy food options in the school cafeterias and in the neighborhoods. Major swaths of all five cities are considered “food deserts” where residents lack convenient, affordable access to healthy, fresh foods.

The Partnership began in 2009 when the Robert Wood Johnson Foundation (RWJF) selected the New Jersey YMCA State Alliance to oversee the initiative, which is co-directed in each city by the local YMCA and other community organizations committed to the childhood obesity cause, including Newark Beth Israel Medical Center and the Trenton social services nonprofit Isles. RWJF funded $75,000 training grants to each of the cities, which now have $300,000 in two-year grants to start making changes to turn the obesity tide.

“We are bringing people to the table who are not ordinarily being invited because childhood obesity is a multi-disciplinary issue,” Anderson said. “We have people from transportation, education, nonprofit community organizations, hospitals, pediatricians, school nurses.”

The Partnership is going after structural changes in the city environment and public policies that encourage healthy lifestyles, rather than designing programs like exercise and cooking classes. While programs may only benefit those who sign up for them, the Partnership’s goal is to transform the five cities, for the long haul, into the kinds of places where it is simple and easy for children and families to live a healthy lifestyle.

“Everyone is shouting at the top of their lungs to bring a supermarket to their community,” Anderson said. And progress is slowly being made on that front. Newark just opened a new supermarket, and a new supermarket is set to open later this year in New Brunswick. The state Economic Development Authority, with the nonprofit Reinvestment Fund in Philadelphia, plans to develop supermarkets in New Jersey’s food deserts. 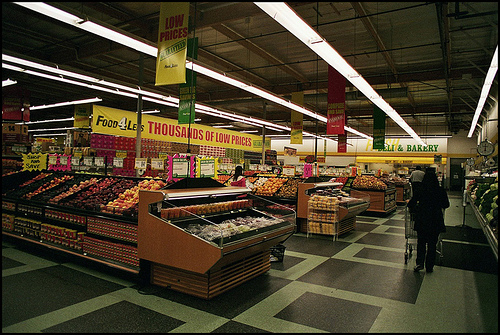 But the Partnership isn’t waiting for supermarkets to materialize, and instead is working with the corner stores children pass on their way to school, trying to persuade them to sell healthy snacks — grapes and bite-size carrots — alongside the soda and chips.

The extent of the obesity problem was documented by the Rutgers Center for State Health Policy in a series of reports published in 2010. Among the findings: Nearly half of Trenton’s children are either overweight or obese. In New Brunswick, 48 percent of children aged 3-5 are overweight or obese, compared to 21 percent nationally. Similar statistics were reported across the five cities.

The extra weight is leading to health problems, including “diabetes, high blood pressure and arthritic and joint pain by the ages of 12, 13, 14,” said Dr. Nwando Anyaoku, director of general pediatrics at Newark Beth Israel and co-director of the Partnership in Newark.

The Partnership is working in tandem with local organizations that run anti-obesity programs. In Camden, a key partner is Campbell Soup, which in 2011 launched a $10 million program to cut childhood obesity and hunger in half in the city in 10 years. A pilot program is sending YMCA staff into five schools to provide 45 minutes of physical activity during recess.

“We are seeing reduced incidence of behavior problems, better attention (in class) and better attendance” since it began in September, results that the Partnership can bring to the school board to advocate for more regular and consistent physical education, said Kim Fortunato, director of the childhood obesity and hunger program at Campbell.

Campbell is also funding nutrition education in school with a mobile produce truck and children’s gardens. “The kids have made pizza with kale and basil they grew in their school gardens,” Fortunato said.

The Rutgers Food Innovation Center in Bridgeton is creating test recipes in its kitchen, according to Lisa Scheetz of the Cumberland Cape Atlantic YMCA in Vineland. Eggplant rotini is one of the dishes now being taste tested by students. The goal is to have two new foods options in commercial production and on the school lunch menu this year. The Partnership is also working on getting the fresh vegetables raised on farms in the Vineland area into the school lunch program. 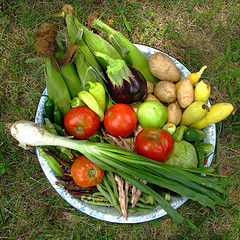 All Camden children can have breakfast and lunch at school, but most arrive too late for breakfast. Here is a case where policy change can make a difference on a wide scale: The schools are now piloting “breakfast in the classroom,” which allows students to eat breakfast during the first classroom period, and not miss the meal if they arrive at school too late, said Valeria Galarza of the YMCA in Camden.

In New Brunswick, the Partnership is helping churches that run food pantries for low-income families install refrigeration “so that they not only provide canned goods, but have the ability to provide fresh produce to families,” said Fatimah Williams Castro, co-director of the program. “This would be way to improve the quality of food for those who are the most vulnerable in the community.”

And in Trenton, the Partnership is working on pilot programs at the Monument Elementary School that it hopes spreads throughout the city, said Marrisa Davis of the YMCA of Trenton. Next summer, the cafeteria will be renovated so it will have a kitchen to wash fruits and vegetables. Right now, the school’s food service vendor delivers food hot to the school every day on warming trays. Next year the kitchen will be a place to cook food on site, using fresh ingredients, and a salad bar will be offered for the first time.

The efforts to instill healthier habits extend to the playground. “We are trying to turn around the perception of crime in the neighborhood, and get people to reconnect with neighborhood assets like parks, which are easy, free ways to get outdoors and get exercise,” Castro said. Robert Wood Johnson University Hospital is sponsoring a program called “youth ambassadors” where high school seniors go to the parks after school to provide supervised play for the children. During the winter, the program moves indoors to a local church.

In Camden, the Partnership is helping volunteer groups adopt city parks and make them “what they used to be — vibrant parks where families gathered and children played,” Galarza said. “We have to keep the parks busy with positive activities. The more the park is busy, the less crime and violence.”

The YMCA in Trenton purchased recess equipment in September to encourage play, activities the children needed to be taught, like “how to jump rope and play kick ball and hop scotch,” Davis said. The Partnership received a $20,000 grant to build a playground at Monument, and is now raising matching funds to make this a reality. “Right now it’s just black top. It will be really great for the kids to have a playground.”

“We need the community to be engaged, because this is their community, they need to own it, and whatever we implement it has to have partners in the community who will carry on the work” once the RWJF funding ends in two years, Anyaoku said.