"People see hope. We’re trying to bring a little hope and joy back to the community when it’s not easy right now." 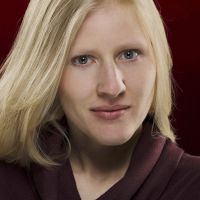