The Regional Transportation District has been experimenting to address transportation challenges for people with disabilities. 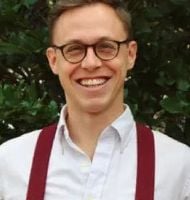 An Access-a-Ride vehicle transporting a passenger in Denver. (Photo courtesy of the Regional Transportation District)

Forty-four years ago Denver’s sole public transit provider had not a single accessible bus for people with physical disabilities. Tired of the disrespect and neglect from the Regional Transportation District (RTD), a “Gang of 19” Coloradans came together in protest. Their sit-in in the middle of an intersection by the state capitol triggered a revolution that remains at the forefront of policymakers and advocates’ minds as the region works to improve transportation access for people with disabilities.

Pre-pandemic, Denver’s Access-a-Ride paratransit service transported over 17,000 people per week. When most folks think of paratransit service, they envision a big minibus with an oversized wheelchair lift, but Access-a-Ride provides transportation to Denverites who are deaf, blind, or dealing with other mental, emotional, or learning disabilities. “About 60% of people who use the RTD paratransit service don’t have physical mobility challenges,” said Jaime Lewis, transit adviser to the Colorado Cross-Disability Coalition.

During COVID, demand dropped and 100 drivers were laid off. Now that ridership is returning, RTD is struggling with reliability. “Runs are getting shut down due to a lack of drivers, and that is really difficult for us and our customers,” acknowledged Paul Hamilton, senior manager of RTD’s paratransit services. He says it has been a “challenge” to meet their on-time goals during peak demand (7 to 9 a.m. and 2 to 5 p.m.).

Such logistical challenges quickly translate into huge quality of life issues for the disabled community. While some current issues have been caused by the pandemic, Denverites with disabilities have long felt they can’t rely upon RTD’s paratransit service if they want to live full lives, according to Lewis. “If you were to use Access-a-Ride to get to work you’re probably not going to have that job long because they won’t get you there on time and you probably won’t get home until 7 p.m. at night with their current service,” he said.

RTD has been experimenting with ways to provide better service. The agency established a free food delivery service in March 2020, to help customers avoid the challenges of grocery shopping with social distancing protocols. To date, the program has provided over 2,000 deliveries. By reducing the number of round-trip rides to take people to the store, the program also saves Access-a-Ride resources and staff time.

RTD also launched a pilot program with Uber and Metro Taxi last November — branded Access On Demand — to offer up to four subsidized trips per day. What began with one ZIP code in Southeast Denver quickly scaled up to seven and then to the full metro area as of January 1, 2022.

Whereas Access-a-Ride requires folks to book a trip over 24 hours in advance, now eligible riders can call a car on demand just as anyone else who uses a taxi or rideshare. Access On Demand is proving so popular with Denver’s paratransit riders that RTD is seeking to seal a deal with Lyft in the coming months to expand the number of drivers in the program beyond just Metro Taxi and Uber. However, advocates warn that for the service to be successful, RTD will have to be vigilant in addressing any possible speed bumps.

“Uber drivers are not trained to deal with people with disabilities,” cautioned Lewis. “They’re subcontractors, so RTD doesn’t have any control over them.” To help mitigate such concerns Lewis and CCDC want to add in rules that drivers have to receive some type of disability sensitivity training.

According to RTD, the agency has some taxi drivers contracted to cover peak travel times who get the same training as paratransit bus drivers. As for the on-demand service, RTD wrote in a statement to Next City: “Customers who opt-in to using a taxi or Uber as part of that service are choosing that alternative instead of paratransit. As such, they are taking part in the same on-demand market service as the general public. Uber is already experimenting in a few markets with drivers who both receive additional training and certification, and how [to] provide door-to-door service instead of curb-to-curb. We can ask for such a solution as we expand the service post-pilot, while still leaving the entire on-demand solution open. That would assure we maximize the number of available drivers for our customers to opt into.”

Another hurdle to Access On Demand’s success could be its own popularity. A similar pilot program run by New York City’s MTA became so restrictive in order to manage burgeoning demand that people with disabilities weren’t even afforded enough trips per month to go to work five days a week, let alone access other shopping, medical and social needs.

“When these on-demand systems are super convenient people want to use them all the time, and then they don’t scale well,” explained Anna Zivarts, director of the Disability Mobility Initiative. “As many as one-quarter of people can’t drive, which means these solutions need to scale. There are some people with a physical disability that requires them to get assistance from door to door, but what really works for the rest of us is having frequent fixed route transit service with sidewalks, benches and shelters.”

RTD doesn’t seem concerned about scaling. They hope to launch an advertising campaign to promote the new service to riders.

But whether people with disabilities get around using traditional paratransit service, on-demand services, or classic fixed route transit, the biggest challenge to improving the mobility of Denver’s disabled community is funding.

“The sales tax for RTD was set 30 years ago and never increased,” Lewis explained. “It’s like if you took a job and never got a raise or a bonus, but you’re still trying to live on that same salary from 30 years ago. You could never survive.”