Hamida Kinge reviews The Garden, a film about a vast community garden in Los Angeles that fell victim to a land ownership squabble.

Community gardens can often be so small that if you blink you might miss them. Not true for the South Central Farm in Los Angeles, which is the polar opposite of the community garden — or was. It sat on 13 acres of land, which made it the largest urban farm in the U.S. During its 12-year existence, 372 families, mostly Latino, grew everything from apple, guava, papaya and plantain trees to rows of corn, and, yes, even sunflowers. The farm is the subject of 2008 Academy Award-nominated film The Garden, produced and directed by Scott Hamilton Kennedy. 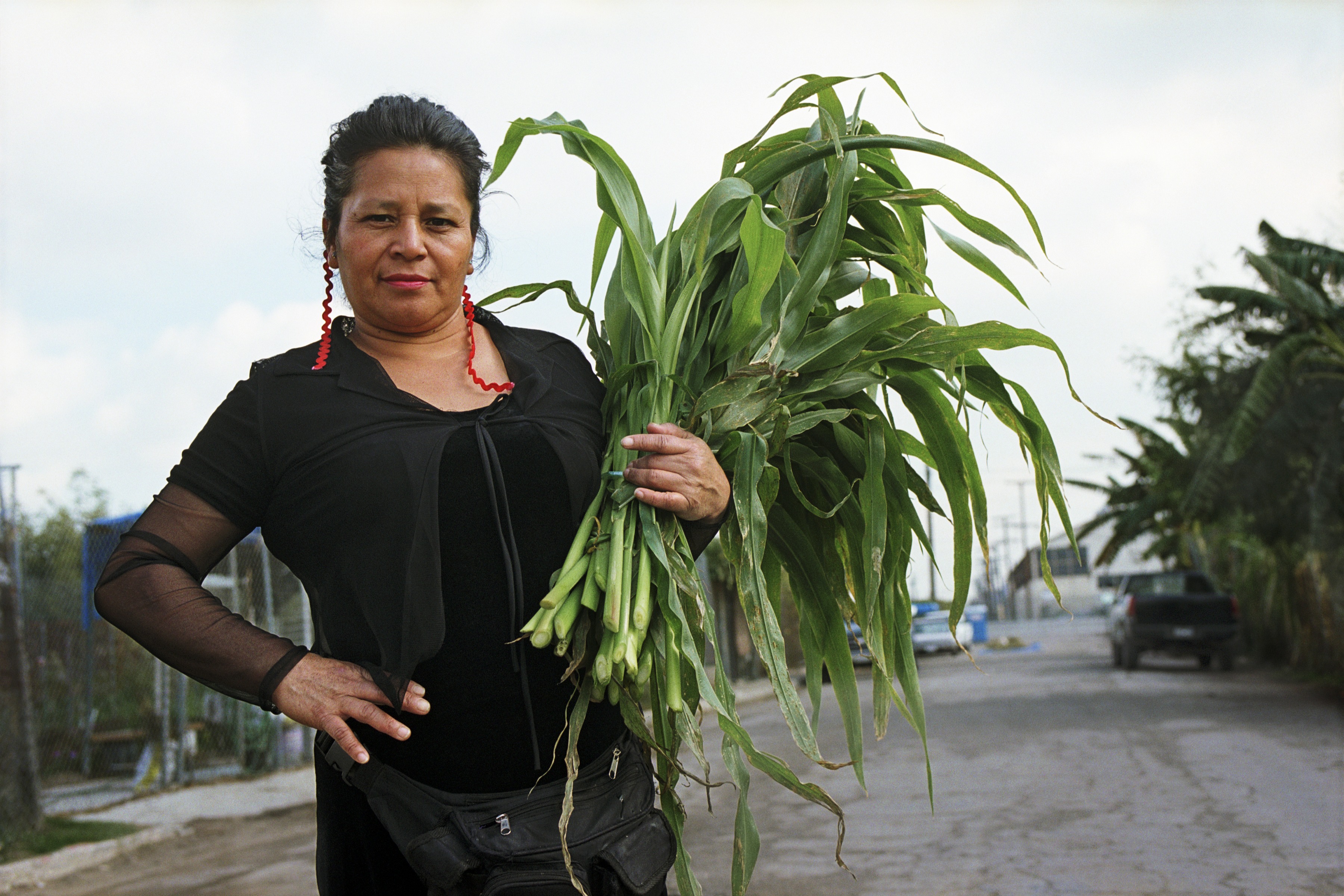 A farmer at the South Central Farm in Los Angeles.

In 1986, the city of Los Angeles purchased the land from wealthy developer Ralph Horowitz, intending to build an incinerator. Activist Juanita Tate, of the Concerned Citizens of South Central, organized the community to halt the incinerator plan. A handful of years later, the South Central Farm was what became of the 13-acre plot, which was provided to local residents the help rebuild the neighborhood in the aftermath of the 1992 riots following the Rodney King verdict. The neighborhood had suffered extensive devastation: one billion dollars in damages, never mind the 4,000 people who were injured and the 55 who were killed.

The Garden centers on the legal battle that ensued in 2004 when the city sold the land back to Horowitz for $5.2 million dollars — the exact amount they had paid for it nearly 20 years before. While the sale between the city and Horowitz was perfectly legal, the plot of land’s real estate by then had multiplied in value, so it was a highly unusual sale, and became the crux of suspicion by the farmers. Councilwoman Jan Perry of South Central (9th District) and activist Juanita Tate ironically, or maybe not so ironically, supported the sale. They proposed plans to build a lucrative soccer field on the site. We find out later that Perry and Tate were communicating with Horowitz, though he denied that in court. Once the sale took place, Horowitz moved to evict the farmers.

The legal battle began to make headlines when esteemed civil rights attorney Dan Stormer took up the farmers’ case. Press conferences were held at the farm. Fundraising performances took place, one featuring Zach de la Rocha of Rage Against the Machine. Other celebrities visited to show their support, including Willie Nelson, Danny Glover and Daryl Hannah, along with politician Maxine Waters. But after a few years of fighting, Stormer and his team couldn’t win. Horowitz proposed a deal: If the farmers paid him $16 million, he’d sell them the land. They raised the money in 60 days — the Annenberg Foundation stepped in and donated the funding — but Horowitz reneged on the deal and refused to sell.

Though the farm had been granted an injunction in 2004, a few years later, in 2007, a separate judge repealed the injunction and the farmers were evicted. The day of the eviction is the highest emotional point in the film.The gates of the 13 acres of land are surrounded and blocked by hundreds of police and what looks like a SWAT team. Police helicopters fly above. The TV news media is everywhere. Activists surround the farm. The police cut the gates with chainsaws and push the activists back with nightsticks. Bulldozers raze the apple trees and corn crops. It’s a disturbing scene that almost ranks with the MOVE bombing in the category of something a city should never be caught doing in front of the nation.

At the end of the film, we hear audio recording of Horowitz saying, “Even if they raised $100 million [I wouldn’t sell the farm to them]. I don’t like their cause.” That clip portrays the illogical and sinister nature of Horowitz. After all, if he bought the land for just $5 million to develop it in order to yield a profit, why wouldn’t he sell it to them for a hundred million? To this day, the plot sits empty as a barren dust bowl. Horowitz has done nothing on the land. And the lucrative soccer field that Perry and Tate had hoped to build, or professed to intend to build, was a no go.

Kennedy uses dozens of interviews with the farmers on their plots of land, many in Spanish with subtitles, to convey to the viewer the significance of the farm to their livelihoods. He also uses local news footage, newspaper headlines and a suspenseful score to play up the charged atmosphere of Los Angeles during the legal battle. There are other layers to the conflict, which to Kennedy’s credit he presents in the film, making it more multidimensional than simply farmers vs. the city or the farmers vs. wealthy developer. Kennedy portrays the opposition between the farmers and Perry and Tate to show the pre-existing conflict between blacks and Latinos in South Central. He also demonstrates the conflict between some of the farmers and the farm managers, to underscore that this “garden” is not just a paradise that was invaded by Horowitz. But the film oddly never touches on the environmental health benefits of having over a dozen acres of crops in between two freeways, a scene Kennedy shows from a birds-eye-view throughout the film.

What is most impressive about The Garden is that it’s not a film about a community farm. It’s about what happens when people with the political muscle — or the money to influence political muscle — flex their authority in a way that affects legal verdicts and marginalizes the poor. And while there was nothing illegal about the city selling the land back to Horowitz, what makes the sale smack of a shady big-city-politics, back-room deal is that the farmers were not given notice of the city’s intent to sell the property. Further, it is unusual that the city touted the farm as an example of exemplary land use and a model which could be applied to low-income neighborhoods throughout the country, but simultaneously made a business decision that resulted in the destruction of such a model.

The farm’s unfortunate fate also begs the question: Can a 13-acre farm exist in the middle of the ghetto without the city, a politician or an envious special interest group seeing dollar signs and then attempting to secure the land through legal means from the poor — people who have little legal muscle? Can large plots of land in depressed urban areas only be acquired by residents after some massive tragedy?