This social business is working to keep organic waste out of the garbage pile. 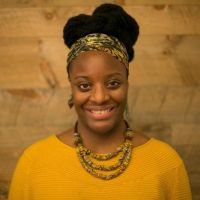 The nearly 9 million residents in Lima, Peru’s capital city, produce around 8,000 tons of trash per day. Much of that ends up on the city’s streets, as well as in landfills near the city’s poorest neighborhoods.

With the world rapidly urbanizing, major metropolises must find creative ways to handle the globe’s garbage and lessen the negative impact trash often has on the health of the most marginalized populations. While Lima made headlines last year for deploying vultures fitted with GPS devices to locate offending stray piles of trash, entrepreneur Raúl Valenzuela is promoting a human solution: composting.

“If the future generation sees composting like taking out the trash, we will be just fine,” says Valenzuela, 30, co-founder of Lima Compost. The socially minded business sells clay composting pots and generates revenue with regular household compost pickup services too. The team at Lima Compost also spreads the word through community workshops about the benefits of keeping organic waste — which, according to the company, is half of that 8,000 tons a day in Lima — out of the trash. The company has worked with 1,000 families so far, Valenzuela says.

Lucía Chuquillanqui, 26, has been composting since May. After a trip to Amherst, Massachusetts, where she saw families with large homes and gardens composting, she wanted to try it. She found Lima Compost online and for 170 Peruvian soles, or roughly $50 U.S., bought a clay pot.

She had concerns because she lives in a tiny apartment and was especially worried about her cat and attracting insects. “But it’s very easy to do,” she says.

She avoids ants by moving the compost pot every few days in her apartment. She says the effort is worth it. “My house is cleaner and you don’t have this stinky garbage,” she says. She also thinks more about how what she cooks contributes to the amount of trash she generates. Before composting, Chuquillanqui took out her trash daily. She’s reduced that to once a week.

Chuquillanqui also recycles, she’s middle class and works at the World Wildlife Fund — an ideal customer for Lima Compost. It may be harder to get other people, and businesses, on board.

Composting is yet another responsibility, like taking care of a pet, and many people are unaware of the environmental benefits. “For them, organic waste is just trash,” says Valenzuela. “And because it is trash, it is bad.” Valenzuela says that means many people don’t want to be bothered with touching organic waste, much less separating it from other waste. A 2015 project in New York City aimed to tackle these “yuck factor” barriers when a former tabloid newspaper designer converted old newspaper distribution boxes into receptacles for public compost drop-off.

As for scaling up composting in Lima, Valenzuela charges that poor city management and corruption have led to the city’s abundance of rubbish. Also, red tape makes it difficult for businesses such as his to operate on a larger scale, he says. But piles of garbage are expensive. The World Bank estimates that the global cost of solid waste management will rise to $375 billion by 2025. Lima’s garbage issues impact air and water quality, and therefore, citizens’ health. As trash is typically a task for local government, it’s largely up to cities to come up with innovative ways to deal with growing waste. Yet only a small handful of cities in the wealthier United States have included composting efforts in their overall pushes to reduce greenhouse gas emissions.

“Lima Compost is creating awareness in the population and it’s very important, but obviously, municipalities and the Ministry of the Environment are needed to implement more composting plants,” says Albina Ruiz Ríos, an environmental activist. She’s the founder of Ciudad Saludable, or “Healthy City,” a nonprofit in Lima that focuses on the environment, health and sanitation.

Even if a company like Lima Compost can increase the number of families who are composting, she says, the government also needs to get stricter about the waste that comes from large producers such as markets, restaurants and other businesses.

There are, of course, other pressing issues in Peru, from harassment of and violence against women, to climate change-driven flooding.

Still, Lima Compost and environmental advocates like Lucia Chuquillanqui are still pressing friends and family to think about composting. “We have a lot of things to overcome,” Chuquillanqui says. “But which country doesn’t?”

Roxanne Scott is a reporter based in Louisville, Kentucky. She's reported on everything from shanty boats in Kentucky to male hairdressers in the Democratic Republic of Congo.