Op-ed: When examining pollution, the factor of race cannot be ignored. 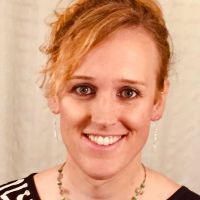 In this Feb. 15, 2018 file photo, Judith Enck, center, former regional administrator for the Environmental Protection Agency addresses those gathered at a protest against President Trump's plan to expand offshore drilling for oil and gas on, in Albany, N.Y.  (AP Photo/David Klepper)

Coming to grips with the gravity of climate change evokes strong emotions. The scale and urgency of the issue is deafening. However, too often these emotions can blind us from the issue’s true cause, and its necessary solution.

Climate change didn’t happen out of the blue. As Van Jones said, “in order to trash the planet, you have to trash people” — and the harming of people and planet by way of mass pollution arose from the invention of combustion-dependent machines during the industrial revolution.

The industrial revolution started with white colonialists whose values discarded humanity in order to compete in trade and profit. Violent imperialism, the genocide of indigenous peoples, the kidnapping of millions of Africans in chattel slavery, and the subsequent and continued destruction of lives, land, and culture has long enabled the extraction of fossil fuels. As social movements have fought to restore humanity by establishing workers rights, civil rights, and the rights of nature, white colonialist values have continued to discard people and ecosystems in the name of economic growth.

Recently, sustainability businessman Simon Propper repeated an argument common in the climate movement. Evoking Swedish activist Greta Thunberg’s analogy of a house on fire, he argues that we have to focus on “tons of CO2” and stop “diluting our impact” by getting distracted by “housekeeping issues” like diversity, worker’s rights, water and plastic.

Propper’s carbon-first approach amounts to “trickle-down environmentalism.” The theory is that if we just cut carbon pollution as fast as possible, the benefits will reach everyone, lifting all boats and saving humanity. The only problem is it doesn’t work.

When examining pollution, the factor of race cannot be ignored. Studies show people of color are more concerned about climate change, less represented in climate policy decisions, contribute less and suffer more from pollution, and have less access to jobs and benefits from clean energy than white people.

The impacts of slavery and genocide continue to this day, as the safety and security of white people is protected above all others. This continues even as solutions to our climate crisis become more accessible.

A recent report on the solar industry unveils massive racial disparities in solar deployment across the country. The report examined 60 million households, showing that even when incomes are the same, black and Hispanic-majority communities had far less rooftop solar installed than majority white communities. These disparities persisted even when controlling for homeownership.

That’s not to say solar isn’t booming — it is, but just not for everyone. The solar industry boasts 242,343 jobs and tremendous new wealth for mostly white stock holders, employees and solar homeowners. While inspiring leaders of color in solar have succeeded in bringing solar to communities of color in places like Connecticut, Minnesota and New York, for the most part, communities of color are still left out of making solar policy and the growing industry. The solar industry has a 73 percent white workforce and senior leadership that is 88 percent white.

Propper might say that progress for communities of color will happen after we address climate change, but that’s a false, and racist, claim. The fastest way to solve climate change (and the only lasting way to do it) is to take the lead from communities most impacted by pollution and to honor their demands for environmental justice. If we are going to solve our climate crisis and mass pollution, we have to challenge structural racism. To challenge it, we have to understand it.

The authors of the racial disparities in solar report didn’t identify a singular cause for these disparities, but they did draw attention to two trends: 1) the racial homogeneity of the solar industry and 2) the impact of “seeding.”

Seeding is the idea that if you add one new solar installation to a neighborhood without any, solar will grow faster than if you install solar where it is already popular. The report shows that 47 percent of black-majority communities have zero solar installed. Zero.

The report also finds that when low-income communities of color are initially seeded, deployment significantly increases, even compared with white communities. Leaders of color have seeded solar successfully in black and brown communities in Minneapolis and Connecticut. In Minneapolis, Center for Earth, Energy and Democracy and Renewable Energy Partners are two people of color-led groups that helped design, advocate, and implement “green zones” that target solar incentives in overburdened neighborhoods. Connecticut’s Solar For All program targets solar and energy efficiency efforts in disadvantaged neighborhoods. A CT Green Bank report has shown the program is shrinking income and racial disparities in solar.

Communities of color have been demonstrating the solution to trickle-down environmentalism and our climate crisis for decades. In 1991, delegates to the first National People of Color Environmental Leadership Summit agreed to 17 principles of environmental justice. The first two read as follows:

1) Environmental Justice affirms the sacredness of Mother Earth, ecological unity and the interdependence of all species, and the right to be free from ecological destruction.

2) Environmental Justice demands that public policy be based on mutual respect and justice for all peoples, free from any form of discrimination or bias.

It is imperative that we reject ideas which place the economic prosperity, enjoyment, and safety of white people above all else. We have two paths. The trickle-down path, which has not served us, or the environmental justice path, which starts with insisting that communities of color are represented in clean energy decision-making.

Civic design expert Ceasar McDowell said it best: “Individuals and communities who are marginalized are better positioned than anyone to innovate because they understand the failure of systems from which they have been excluded.”

The first step to eliminate carbon emissions is straightforward: Communities living with pollution must be empowered to exercise their democratic right to environmental justice. This formula works. From oil at Standing Rock to coal in Chicago to gas in Oxnard, California, communities of color have stalled, shut down, prevented, and cleaned up hundreds of coal power plants, pipelines, and toxic facilities. In fact, people of color have been defeating pollution for the last fifty plus years. In Holyoke, Massachusetts, Latinx neighbors closed a coal plant and developed a solar farm while winning retirement packages, severance, and new job training for workers.

In Van’s words, “if we protect [polluted] communities, polluters will have no place to dump their waste.”

It’s time to end the era of energy and climate policies that ignore communities at the frontlines. Yes, the house is on fire. And trickle down environmentalism does not put it out. Let’s stop handing the fire hose to the arsonist and start listening to the people nearest the flames.

Kelly Lynch is the Senior Campaign Representative with Sierra Club’s Ready for 100 Campaign.

A Chevron Refinery Fire In California Created A Generation Of Activists

A ‘Warehouse’ by Any Other Name

Where Can We Make Progress on Climate Change?