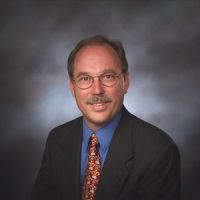 Despite gentrification in some areas, Philadelphia’s deep-poverty rate hovers at 12 percent, affecting nearly 185,000 people, including about 60,000 children. (AP Photo/Matt Rourke)

As humans, we have a tendency to focus on what’s right in front of us. In recent years, one of the most visible changes to the urban landscape has been the migration of the Young & Restless to the close-in neighborhoods of the country’s large metropolitan areas and the real estate development that has followed. In the past year, there have been countless headlines decrying the trend of coffee shops, craft breweries and loft apartments infiltrating inner-city neighborhoods. It would be easy to think that displacement is the new economic normal, but how many neighborhoods that used to have high rates of poverty have actually gentrified and how many people have actually been displaced by this new development?

To answer those questions, City Observatory analyzed census data from 1970 to 2010 and presented the results in a new report: “Lost in Place: Why the persistence and spread of concentrated poverty–not gentrification–is our biggest urban challenge.”

“Lost in Place” traces the history of high-poverty neighborhoods in large U.S. cities. A complete guide to our report, including a PDF of the report narrative, sortable tables of metro area data and links to our neighborhood level maps are available at City Observatory.

There are certainly examples of neighborhoods where poor residents have been displaced from their homes by rising prices or suffered a reduction in their standard of living due to rising rents — this dramatic transformation has been closely documented in places like Harlem in Manhattan, Williamsburg in Brooklyn, and Wicker Park in Chicago. While such instances of neighborhood change are striking, our study shows they are actually quite rare. Less than 5 percent of 1970 high poverty neighborhoods have seen their poverty rates fall to below the national average over the past four decades. Far more common, and largely unnoticed, is a counter trend: the number of high-poverty neighborhoods in the U.S. has tripled, and the number of poor persons living in them has doubled since 1970. This growing concentration of poverty is the biggest problem confronting American cities.

In our analysis, we tracked neighborhood change in all of the urban, high-poverty neighborhoods in major U.S. metropolitan areas over the past four decades and found that:

• Most of the increase in high-poverty neighborhoods has been in “fallen star” neighborhoods that had below average rates of poverty in 1970.

• High-poverty neighborhoods that didn’t rebound weren’t stable: they lost, on average, 40 percent of their population over 40 years.

Place plays a significant role in shaping individual economic opportunity. In order to improve conditions for those living in poverty, we need to understand where they are and what challenges they face. It’s tempting to evince concern for the poor by invoking the “g-word” when a neighborhood is in the throes of change, but such rhetoric does little to address the greater challenge of persistent poverty.

Joe Cortright is president and principal economist with Impresa, an economic consulting firm, and the founding director of City Observatory, a think tank focusing on urban economic issues supported by the John S. and James L. Knight Foundation.