Hoping to staunch the financial crisis’s toll on city dwellers, cities are creating offices of financial empowerment. Aimed at cities’ low- and moderate-income constituents, these programs attempt to break the cycle of debt and aid social mobility, even in these tough times.

In 1964, Lyndon Johnson unveiled the most ambitious anti-poverty agenda in this country’s history, institutionalizing community-based programs such as Food Stamps, Upward Bound and the Model Cities Program. Two generations later, the country is entering a recession and the number of Americans living in poverty continues to grow. Mayors from San Francisco to Savannah, Georgia, are rolling out new programs in hopes of reversing this trend, but unlike the Great Society model, these programs do not focus on social welfare benefits or job training. In order to break the cycle of poverty, they acknowledge the high costs of being poor, aim to improve access to financial services and provide tools for tapping into existing social welfare or job training programs. 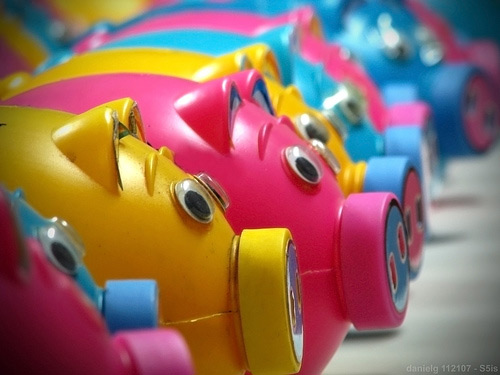 Chicago is one of seven U.S. urban municipalities leading this post-welfare reform movement. “Our mission is to give families the tools needed to break out of the debt cycle and gain social mobility,” says Bina M. Patel, chief of policy for Chicago’s Office of the City Treasurer. In 2008, the Second City joined the Cities for Financial Empowerment, a group founded by New York City Mayor Michael Bloomberg and San Francisco Mayor Gavin Newsom. (Miami, San Antonio, Savannah and Seattle make up the other four members.) The coalition wants to reframe local government’s role in keeping residents with low and moderate incomes solvent. While the CFE’s approach varies from city to city, it always incorporates financial literacy programs that normally belong to the banking or non-profit sector. Putting the weight of the city behind the asset-building message, CFE policymakers say, makes low-income residents more likely to pay attention.

“You are less likely to think [an offer from a bank or a non-profit financial service provider] is a scam if you hear about it on the city’s 311 hotline rather than from a random ad,” says Jonathan Mintz, Commissioner of New York’s Department of Consumer Affairs and point man for Bloomberg’s Office of Financial Empowerment.

Within the next few months, residents of the five boroughs will be able to dial the city’s 311 hotline and reach an operator trained to listen to their money problem and, using a searchable database, connect them to a non-profit financial service provider in their area. Already, residents can log onto the Access NYC website, find out if they are eligible for city, state and federal benefit programs and begin the application process. “We are creating broad-based tools that allow people to get the help they need without needing to know when they begin exactly what that help is,” says Mintz, who is also helping administer the city’s much-talked-about conditional cash transfer program, Opportunity NYC. The initiative offers monetary rewards for behaviors such as attending a teacher-parent conference, taking a child to the doctor for a check-up or depositing money into a savings account.

With a budget of $2 million and a staff of 20, New York’s Office of Financial Empowerment is a leviathan compared to its municipal peers. Chicago, for instance, is making do with $200,000 from the city’s budget and a few donations from private partners. The weapons in Chicago’s War on Poverty are consequently smaller-scale. The City Treasurer website, for instance, advertises the “Money Savvy Pig,” a bright blue piggy bank meant to teach kids about budgeting. (“More kids drop out of university because of debt than failure,” reasons Patel.) Keeping with its mantra of frugality, the Chicago office has decided to invest in big ideas that come with small operating costs. “We want the signs people see while waiting for the bus or walking to remind them to build a budget or put money in the bank or use cash not credit,” says Patel, who quickly adds that the city has not yet come up with the perfect catchy way to drill the message.

However it’s phrased, the message of fiscal responsibility has practical limits. In 2006, 21 percent of Chicagoans — 571,313 people — survived on less than the federal poverty line of $21,200 in annual income. That same year, 30 percent of Chicago renters used half of their income to pay rent. Close to 250,000 heads of household say they do not have a bank account. “If you are earning $20,000 a year and paying $18,000 a year in rent, no amount of financial education is going to help you save your way out of poverty,” says Joel Berg, the executive director of the New York City Coalition Against Hunger and the author of All You Can Eat: How Hungry is America?

Sadly, miniscule budgets are not unusual in cities. Nearly 35 percent of households in Georgia’s historic port city of Savannah earn less than $20,000 a year, according to 2006 Census data. Only 13 percent of households take in more than $75,000 per year. The disproportionate size of the low-income population is the product of a local economy in which food preparation is the largest employer, according to the Georgia Department of Labor. The average pay for these jobs is $252 a week. With so many workers earning below-subsistence wages, the City of Savannah has begun to go into workplaces and screen for public benefits eligibility as part of its latest anti-poverty initiative. “About 12 percent of employees are eligible,” says Daniel Dodd, director of the Step Up Savannah poverty-fighting initiative. “We go into workplaces and track them down.”

The image of city bureaucrats marching into a corporate workplace and enrolling workers in Medicare would have been unthinkable two decades ago. But if you ask Berg, the shift that makes such a program possible won’t fix the underlying problem. While asset-building programs are a positive step, he says, governments must stop condoning employment policies that leave workers without enough money to feed themselves. “[Politicians] talk about any job being a good job, but that is not the case. You can’t save money if you don’t have any left after paying your bills. Wages matter,” says Berg.

The anti-hunger activist is not alone in his critique, but while officials around the country wish more high-paying jobs were available for residents in their cities, the will to demand higher wages is practically non-existent — especially in the midst of a recession that has officials on all levels of government hustling to preserve as many jobs as possible. “We are working with businesses to create economic development for all of our residents,” Dodd says. “This means working together and understanding the economic pressures and constraints that employers are under too.” Asset-building programs remain a feasible recourse in the current economic climate.

The program is headed by Willie Porro, a former financial planner. A popular speaker on the dot-gov circuit, Porro has traveled around the country talking up an asset-building approach to fighting poverty. Interest has grown as cities confront the fact that better financial planning could have averted some of the havoc of the mortgage crisis. “What city governments are starting to realize is that this is our responsibility,” Porro says. “When government doesn’t do it, all of us pay.”