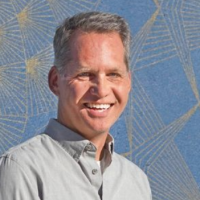 Workers from the nonprofit deconstruction business Details Deconstruction, in Baltimore. A subsidiary of Humanim, these workers carefully salvage old-growth lumber from vacant Baltimore homes, then turn it over to a sister business to prepare for market. The wood is used in high-end furniture and architecture. (Photo courtesy Humanim)

In the next four years, Baltimore plans to knock down 4,000 of its estimated 30,000 vacant homes. But a handful of collaborators have asked the question: What if, instead of demolishing those homes, workers removed the old-growth Southern pine in the ceiling beams and hardwood floors and gave them a second life? Baltimore nonprofit Humanim launched two social enterprises that employ returning citizens and other marginalized workers to do the heavy lifting: Two dozen workers at Details Deconstruction remove the wood from every home, then hand it over to sister organization Brick + Board. There, a small team of seven does the painstaking work of removing nails and planing and sanding the lumber, making it as good as it was a century ago. And since 2018, Room & Board has been a buyer of that wood, turning it into coffee tables, nightstands, and bookshelves, lending credibility to Brick + Board, which now serves dozens of customers from coast to coast.

It’s a perfectly orchestrated dance engaging city agencies, federal government, local nonprofits, and companies of every size. But it started small, with a city-run project to turn downed trees and salvaged wood into usable planks back in 2012. Around the same time, Humanim began a deconstruction pilot with a handful of people, and the small but growing team dubbed their collective “The Baltimore Wood Project” Between 2012 and 2017, the budding group sold lumber to local woodworkers, residents working on home improvements, and small companies looking for unique flooring or wall coverings. In the midst of that slow, gradual growth, the U.S. Forest Service stepped in to offer its expertise.

“Taking care of the nation’s forests has always been part of our mission,” says Sarah Hines, network coordinator for the agency’s Baltimore field station. “As the country’s population shifted—with more than 80 percent of people now living in cities — it became more important for us to be sure we were serving urban areas, too.”

Between downed trees and abandoned homes, Hines and her team discovered that the amount of wood being sent from urban areas to landfills exceeded the amount harvested from national forests. “We started asking ourselves: Why are we wasting this material that’s just being sent to a landfill when it could have a higher purpose?” she says. “Every one of these trees could have more value in it — from creating wood products to creating jobs, and, one day, even creating a revenue stream that allows cities to reinvest in their urban tree canopies.”

The Forest Service quickly put some skin in the game, issuing two grants so Humanim could investigate whether or not the program might scale. When the research suggested it was possible to create a self-sustaining network of buyers and sellers, the federal agency stepped up again: A Forest Service employee sent a LinkedIn request to the folks at Room & Board, and it was immediately accepted. A few weeks later, the company quickly sent a small contingent from Minneapolis to Baltimore, and the parties inked a deal soon thereafter.

The phrase “win-win-win” may be a cringeworthy cliche, but a few years later, the benefits of the program are hard to overlook.

“Any meaningful difference that you’re going to make in this city begins with jobs,” says Max Pollock, director of Brick + Board, which processes the wood and prepares it to be sold. “We hire people with barriers to employment — they may have a felony conviction, a past problem with addiction, or just failed to graduate highschool. In Baltimore, just being from a certain neighborhood is a barrier to employment because you lack a lot of the connections that a lot of other folks might have. We’re giving those people a second chance — training them, putting them to work in their own neighborhoods, and putting them on a path towards a career.”

Given the manual labor required to turn salvaged wood into a new product and the wood’s provenance, prices are generally higher than products made with new timber. Customers seem willing to pay a premium: “Every time we run a piece of wood through the mill, we’re liberating this beauty that’s trapped under 100 years of dust and grime and paint,” says Pollock. “The material that we’re salvaging comes from trees planted in the 18th and the 19th centuries — trees that were harvested when they were three-hundred to five-hundred years old. That old-growth virgin lumber has a history and character that just isn’t for sale anywhere else. The finished product is just as good as new wood, but in many ways, it’s even better.”

It’s been three years since the Urban Wood Project was launched, and it continues to grow. Since coming on in January 2018, retailer Room & Board has sold nearly 1,000 McKean cabinets and more than 9,000 shelves for bookcases and wall units, a tally of 55,000 board feet of lumber, equivalent to 90 deconstructed homes. This year, the company hopes to hit 80,000 board feet for the life of the program. Meanwhile, Brick + Board’s customer list now includes architects, builders and interior designers, as well as homeowners who want to replace their flooring or find a few unique pieces of wood for a personal project “whether it requires 10 feet or 10,000 feet.” In recent months, Brick + Board has worked with Baltimore microbreweries including Peabody Heights and Monument City, and with Guardian Gym, which offers yoga classes for adults and afterschool jiu-jitsu for kids. Brick + Board has employed 11 workers since its inception, and currently has a full-time staff of seven, all paid a living wage plus full benefits. The company has shipped thousands of square feet of wood flooring as far as Austin, Los Angeles and St. Louis.

“Three years ago, Room & Board was our biggest customer, but that’s no longer the case — which is a good thing,” says Pollock. “We’re moving a lot more wood now. We’re taking down old barns in rural areas well beyond Baltimore. And we’re selling more flooring and wall covering for big commercial projects. Along the way, Room & Board added some legitimacy to our work and helped get the word out about what we were doing. They were absolutely essential for the collective growth that we’ve experienced.”

In fact, that growth is what Room & Board had hoped for all along. Gene Wilson, the company’s director of merchandising and vendor management, is working with the Forest Service to expand the program to other parts of the country: “In Michigan, we’ve already launched wood bowls and other products made from trees downed by storm damage, which have been selling like crazy,” he says. “And in Minnesota and Michigan, ash trees are coming down because of the ash borer — we hope to turn that hardwood into tabletops, dressers and nightstands.”

Wilson, Pollock, and Hines have already welcomed dozens of interested parties to Baltimore for seminars that offer a closer look at the Urban Wood Project, with the hope of expanding it to other communities. They’re already making plans to take that show on the road, so that Baltimore might serve as a shining example of what can be accomplished, starting with a scrapyard full of unwanted wood.

“In many ways, what we’re doing here can feel like a very commonsensical approach,” says Hines, “but people seem to be really inspired by how much you can lift a community by simply being more thoughtful about a resource that would otherwise be wasted. And it’s about so much more than trees: Baltimore has a roughly 50 percent recidivism rate and Humanim’s workforce has been close to zero over the last few years. If you compare the cost of incarcerating someone for $39,000 a year, versus finding people gainful employment, it’s like building a guardrail at the top of a ravine rather than building a hospital at the bottom. It just makes more sense.”

Scott Kirkwood spent 20 years as a writer and magazine editor for nonprofit organizations in Washington, D.C., including the Humane Society of the United States and the National Parks Conservation Association. He now lives and works in Denver, as creative director for Friday, a strategy and design firm focused on social impact. Follow him at @ScottKDC.