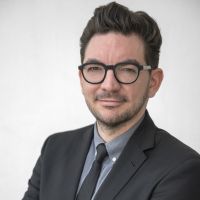 Lucas is the former President of Pride Media and led LGBTQ brands The Advocate, Out magazine, PRIDE.com, Out Traveler, Chill magazine, and Plus magazine. Grindley was also editor in chief of The Advocate, the longest running LGBTQ magazine in the country. In both 2016 and 2018, NLGJA honored Grindley as “LGBT Journalist of the Year” with its Sarah Pettit Memorial Award. From 2008 through 2011, he was managing editor for online at National Journal magazine, covering politics and policymaking in Washington, D.C. He now lives in Philadelphia with his husband and twin daughters.