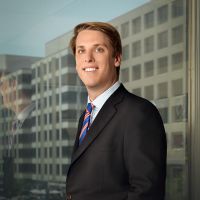 Journalist Garrett M. Graff has spent more than a dozen years covering politics, technology and national security. He’s written for publications from WIRED to the New York Times, and served as the editor of two of Washington’s most prestigious magazines, Washingtonian and POLITICO Magazine, which won its first National Magazine Award during his tenure. His next book, Raven Rock, about the government’s Cold War Doomsday plans, will be published in 2017.