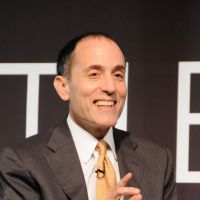 Ben Hecht has been the President & CEO of Living Cities since 2007. Since then, the organization has adopted an integrative agenda that harnesses the knowledge of its 22 member institutions to benefit low-income people and the cities where they live. Prior to joining Living Cities, Hecht co-founded One Economy Corporation, an organization that leverages the power of technology and information to connect low-income people to the economic mainstream. Before One Economy, Mr. Hecht was Senior Vice President at the Enterprise Foundation. Hecht received his JD from Georgetown University Law Center and his CPA from the State of Maryland.