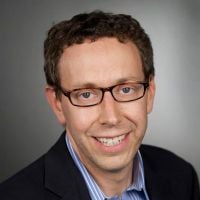 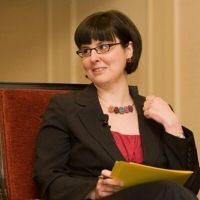 Historically, cities have proven able to respond to local challenges through partnerships. A recent Boston University survey of 70 mayors showed that chief elected officials have an uncanny ability to cooperate with most anyone. In the survey, mayors overwhelmingly ranked the business community as their most reliable collaborator, with the vast majority stating that they have a highly cooperative relationship with local employers. This is no surprise as the private sector has long been the default partner for mayors and city managers. But with capital flight rampant, there are few traditional civic-minded corporate headquarters left.

In 2015, it is “anchor institutions” — universities, medical centers and hospitals — that are the obvious partner for city leadership. In the majority of metropolitan regions, these institutions have eclipsed all other sectors as the lead employer, providing a significant and growing number of jobs.

Often, universities and hospitals are the largest non-governmental employer in their home city, according to a 2015 Lincoln Institute of Land Policy study. And they encompass sectors like medicine and education that are expected to grow rapidly in the coming years with nearly half a million additional jobs projected in urban areas by 2020. But more than just local job engines, anchor institutions are the exact kind of business most communities want in today’s knowledge-based economy, where product value emanates from innovation, not mass production.

Medical centers and research universities foster an entrepreneurial climate that attracts other young professionals and leads to spin-off companies in the growing tech economy. In fact, a growing body of scholars see universities as the key ingredient to high-tech growth or so-called “innovation districts.” These institutions also provide a knowledge foundation for their home cities by educating many local teachers and issuing professional degrees in high-demand fields such as computer science and engineering.

Equally important, especially in economically challenged cities, is the fact that anchor institutions are prime real estate developers. Oft cited examples include University Circle in Cleveland or Midtown Detroit, where universities and medical facilities have proven to be critical long-term partners for urban revitalization and economic growth.

But just as much as cities need anchor institutions, anchors need cities. Cities provide public amenities and the infrastructure for growth, including transportation systems, workforce housing and public safety services. And the majority of these institutions benefit from a privilege no private employer receives: they are exempt from paying property taxes. Finally, while anchor institutions might be able to succeed by some measures in a vacuum, their ability to promote their presence in a vibrant city with a high quality of life allows them to better attract scholars, doctors and students who fuel their success.

In virtually every city in the United States, there is recognition of this mutual interdependence, but rarely does that awareness extend to a consistent working relationship, and virtually nowhere is there the kind of intentional and strategic planning that is found with the private sector. While a university or hospital may work with local government on a specific project or community service program, relationships can be marked by tense negotiations around real estate expansion, arguments over tax-exempt status and miscommunications stemming from a lack of understanding about how to engage productively with one another.

One leading city consultant put it this way: “Imagine if you said to a local mayor that it was a ‘bad thing’ to be talking to your local business community. They would look at you like you’re insane, as almost all of them have strong ties with local businesses. But by the same token, very few of them have that kind of relationship with their local university or hospital. The big question is why not?”

Indeed, we are at a critical juncture for relations between anchor institutions and cities. Although not economic saviors unto themselves, universities and hospitals are a critical — if not paramount — partner for cities that seek strategies to sustain and accelerate local prosperity. As both health care and higher education institutions become increasingly competitive, local governments can uniquely aid — or hinder — the growth of individual institutions. But many localities still lack a clear sense of what mutual benefit looks like. For the well-being of both anchor institutions and governments, there is a need to move from isolated (or worse, random) engagement to structured, systematic partnerships in pursuit of mutual self-interest and large-scale improvements.

We are recommending something wholly different: a grand bargain for anchor institutions and cities.

This approach is not predicated on discrete transactions, but instead is based on identifying shared interests, and on co-creating ambitious goals and working together to achieve them. High-impact partnerships between cities and institutions will only work when the actors at the municipal level come together as equals and chart a long-term course forward that is transparent, ambitious, and holds itself accountable. The rest of our latest report spells out how to make it happen.

Next City assisted National Resource Network with the editing and production of this report. To learn more about collaborating with Next City on editorial products, please email jessica@nextcity.org.

Erika Poethig is an Institute fellow and director of urban policy initiatives at the Urban Institute.

LEARN-ing to Sustain a City’s Culture and Character

Want to Invigorate Community Engagement? Break out the Building Blocks.