Op-ed: While much of the public outrage has been focused on the tech giant, now is the time to hold public officials accountable for what happens next. 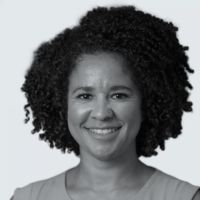 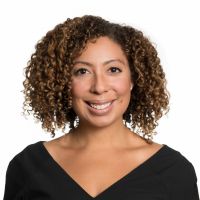 Earlier this month, Amazon’s announcement of New York City and Crystal City, Virginia, as the sites for its second headquarters sparked much public backlash as elected officials and residents alike expressed concerns over the more than $2.4 billion in incentives city and state officials negotiated behind closed doors. The announcement concluded a 14-month long competition during which 238 cities proposed lavish incentives to lure the $1 trillion company.

While much of the public outrage has been focused on the tech giant, now is the time to hold public officials — whose actions signal to other corporate actors that they can be bought with the promise of jobs and little else — accountable for what happens next. Local leaders compete to attract major corporations in hopes it will translate into an economic boon for their community, but this is often not the case for average residents. Unfortunately, Northern Virginia and New York are already leaders in income inequality in the United States. Left unchecked, these giveaways will exacerbate inequality in these regions.

Since 2010, when Amazon’s growth accelerated in Seattle, home prices across the city climbed 80 percent while rents rose 69 percent, and the number of homeless students in the city’s public schools tripled. It is not surprising then that experts are predicting Amazon’s expansion will further increase housing costs in two regions already facing affordable housing shortages, leading to greater displacement, particularly for women of color who disproportionately face housing burdens. In cities with inflexible housing markets, this essentially reduces real wages as rents and the cost of living increase.

Further, women and people of color are frequently excluded from jobs in the tech sector, including at Amazon, which means new job opportunities don’t materialize for many.

In New York, Amazon has proposed dedicating $15 million over three years for technology training programs and has indicated that some of the funds may be used to target “non-traditional demographics.” Jose Ortiz, Jr., who heads the New York Employment and Training Coalition has called the proposal a “drop in the bucket.” Virginia committed to spending $1 billion over the next two decades to expand postsecondary tech programs. However, it is unclear whether that funding will support greater access for underrepresented groups or whether either region will press Amazon to improve its hiring practices.

Fortunately, there is still time for policymakers to weigh in on the agreements, which were crafted in secret without public or legislative input. Lawmakers in Virginia will have to approve the package when they reconvene in January. In New York, the deal must be approved by the state’s Public Authorities Control Board, and legislators in both states have suggested they may advance legislation related to the project.

In both regions, it will be important for policymakers and Amazon to protect local residents from displacement and improve their access to quality jobs. Policymakers must also ensure emerging affordable housing proposals truly support those most in need, including low- or very low-income households, families at risk of homelessness, and moderate-income families with children. In addition, policymakers need to put in place strong tenant protections for residents living in existing affordable units.

Investments in tech careers must include initiatives to improve access and ensure equal pay for women and people of color, and policymakers must make sure that all the jobs created pay decent wages and offer benefits like paid leave. Advocates and policymakers should also work with local residents to provide workers with key labor protections and collective bargaining agreements.

Moving forward, when state and local leaders invest public resources in economic development opportunities, they must commit to equitable development — a process in which all communities can participate in and benefit from local economic growth. This requires meaningful community participation and integrating policies that focus on people and places through comprehensive affordable housing strategies, local hiring policies, equitable training strategies, and contracting opportunities for small minority- and women-owned businesses.

Cities are the engines of the U.S. economy and provide valuable assets companies need — from public infrastructure to the amenities that attract a talented workforce. It is a mistake for state and local leaders to undervalue the communities in their charge. Further, research confirms that financial incentives play a very small role, if any, in corporate decisions, meaning companies receive financial benefits for decisions they would have otherwise made.

When companies expand to new cities, they benefit from the years of investments made by local governments, small businesses, community-based organizations, and residents. Cities are also our policy incubators — where advocates, public officials, and the electorate are crafting groundbreaking policies to foster new models of equitable growth.

Local leaders must understand that they do not simply attract economic opportunity but have a role in shaping it — and that means having companies pay their fair share. Cities can be a place for forging a new American economy that is inclusive, prosperous, and sustainable only as long as local leaders are willing to take up the charge.

Angela Hanks is the director of CLASP’s Center for Postsecondary and Economic Success. Ms. Hanks leads CLASP’s work to advance state and federal policies that ensure meaningful and equitable access to workforce development, career pathways, and postsecondary education for low-income people and people of color. Her work has been featured in the New York Times, Washington Post, and MarketWatch, among others, and she is a contributor to Forbes.com. She was previously director of workforce development policy at the Center for American Progress (CAP), senior federal policy analyst at the National Skills Coalition, a counsel on the House Committee on Oversight and Government Reform, Democratic staff, and a legislative assistant in the office of Representative Elijah E. Cummings (D-MD).