Business booms for conversion pros as a 2015 deadline to ditch oil heat looms. 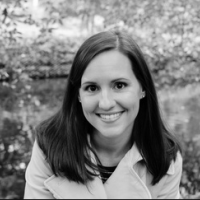 A law passed by former Mayor Bloomberg five years ago will have New York City residents breathing easier this year — and even easier by 2030.

Half a decade ago, thousands of buildings across the city were burning the cheap and dirty “residual oils” No. 6 and No. 4. High in nickel, sulfur and other pollutants, their tar-like emissions end up in the lungs of every New Yorker. The adverse effects of burning these oils have been directly linked to thousands of deaths. According to the Environmental Defense Fund, the pollution was contributing to the city’s rate of hospitalizations for children with asthma, which is twice the national average. They’ve also been linked to increased rates of cancer and heart problems.

The city determined that while the 10,000 buildings burning the dirty oils accounted for just 1 percent of all the city’s structures, they were responsible for 90 percent of its soot pollution — more pollution than is caused by all the cars and trucks in the city combined.

So in 2010, as part of Bloomberg’s PlaNYC sustainability program, the Department of Environmental Protection created the NYC Clean Heat Initiative to require all commercial, residential condominiums and co-op buildings burning No. 6, to cease doing so by June 2015. No. 4 would have to be phased out by 2030. Owners can convert to natural gas, steam, the ultra-low sulfur No. 2 oil, or a hybrid of No. 2 and natural gas.

The tie between health and economy is well documented, and you can count New York’s Clean Heat mandate as one for the plus column when it comes to that link. The initiative has not only been good for the health of New Yorkers, it’s been good for business.

Buildings will see huge costs savings after conversion, particularly during the winter when the demand for heat is high. But the initial investment can seem overwhelming.

According to the New York Times, “Converting a boiler to a lighter oil can cost between $5,000 and $17,000 and switching to natural gas can cost hundreds of thousands.”

When Bloomberg announced the initiative in 2012, he also announced more than $100 million in financing and resources to help buildings convert. In what he described as a “true public-private partnership,” banks, environmental groups and energy providers agreed to work with building owners facing the steep costs of converting.

To keep the tab at bay for another 15 years, some buildings are buying time by switching to No. 4, which requires only minor adjustments, instead of making the full switch to gas, and costs around $10,000. (Habitat Magazine has a great breakdown of converting a 13-story 1901 apartment building on the Upper East Side. Total tab: $200,000.)

Clean Heat has been a boon for the businesses that provide the skilled tradespeople who do these conversions.

Derek Greenbaum, vice president of sales at Dual Fuel Corp, which helps both commercial and residential buildings convert their heating systems, says the Clean Heat Initiative has been one of the main influences on the company’s fast success. The company was founded in 2011 to help buildings with the entire process. Originally it used a subcontractor model, acting as the liaison between the customer and the multiple companies involved in a conversion, but as business took off they were able to hire in-house workers for every aspect of the conversion: mechanics, welders, plumbers and electricians, to name a few.

Mandates put forth by Mayor Bill de Blasio’s administration are also having a positive economic effect, according to Amy Spitalnick, of the Mayor’s office. The “green jobs economy” might have its doubters, but Spitalnick says the city anticipates that its new green buildings program will create approximately 3,500 new jobs in construction and energy services and train more than 7,500 building staff to upgrade their skills within the next 10 years.

With the demand for conversions high, Con Edison, the investor-owned utility serving New York, is under a lot of pressure.

“You’re talking about a lot of buildings, so naturally they have a bit of a backlog,” says Greenbaum. “Their services are in high demand.”

Con Edison (or National Grid, which serves Brooklyn) must come in to open a gas line for every conversion (a cost that falls on the utility company). Some building owners may find themselves waiting for years until their service request is fulfilled. After the Clean Heat mandate was passed, Con Ed established the Area Growth Zone Program, which will bring gas lines to almost every part of the city between now and 2019. It also helps give buildings a timeline for when they can expect to convert.

The delay has hurt some of the smaller businesses that are helping an increasing number of individual homeowners transition to gas heating.

Tom Monahan, president of Yost & Campbell, a contractor that provides residential buildings with heating, cooling and generator services, says business is booming as more homeowners follow suit and move away from oil heating primarily for the financial benefits.

“Con Ed gives no preference for projects,” says Monahan. “You put in your request and get in line, and sometimes they’re not very responsive.” (A spokesperson for Con Ed could not be reached for comment.)

Rushing to the Finish Line

According to an interactive map put together by the Environmental Defense Fund that is posted to the city’s Clean Heat website, there are a noticeable number of buildings that have yet to phase out No. 6 oil.

Spitalnick says that fewer than 20 percent of the buildings that were burning No. 6 at the beginning of the program have not completed a fuel conversion, and that many of those building are already in the process of converting now.

“We also have seen a significant percentage of buildings on No. 4 convert to cleaner fuels, even though the phase-out deadline is 15 years away,” she says. “Approximately 45 percent of the No. 4 and No. 6 buildings from the start of the program are on the cleanest available fuels and in compliance beyond the 2030 deadline.”

One city department — city agencies must also comply — is already well ahead of the 2030 conversion deadline. Zodet Negrón, of the New York City Housing Authority, says that NYCHA stopped using No. 6 and No. 4 oils years ago due to their adverse impact on the environment. Of the 2,563 NYCHA buildings, most have completely converted to clean heat, and the agency isn’t finished.

“These handful of developments operating on [No. 2] oil as its primary fuel will be targeted for future capital improvements to convert from oil to natural gas,” Negrón says.

While Spitalnick says the city is engaging with owners and managers of the buildings that have yet to convert, only time will reveal whether or not the law is enforced after the deadline.

“It’s hard to tell so far what [the city] is doing on the enforcement side,” says James Hannah, director of client energy services at Bright Power, a New York City-based energy efficiency and renewable energy company that helps buildings convert to the clean heat requirements. “If they don’t provide backbone and fine people that don’t comply, then I think that the people who are converting and doing the right thing will say something. [The Department of Buildings] has talked about how they will be more rigorously reviewing audits, and it appears that there is at least some oversight, but whether any fines will be issued, I’m not sure. But I think we will see some fines at some point.”

Hannah notes that after the deadline for an earlier energy efficiency requirement, Local Law 84, came and went, the city didn’t issue fines for the first year, but did the second year.

He says that other energy regulations have showed building owners — who aren’t necessarily mission-driven to improve the environment and public health — that there are bottom line benefits with efficient energy. The question is, will those who wait until the 11th hour be able to meet the deadline if NYC’s Department of Buildings does come knocking in June?

“I think what a lot of people have learned, and the city has learned, is that doing these fuel conversions takes more time than previously anticipated,” Hannah says. “And there are those people that just can’t be bothered, or don’t put any money into their properties, and they are the same people that have a ton of fines on their buildings and just never do anything about it. That group will always be out there.”

Even with resisters, the city has already seen an improvement in air quality. Spitalnick says that Clean Heat has reduced more than 50 percent of the fine particulate matter emissions from buildings burning heavy oil, making a “huge dent in reducing pollution and preventing disease.”

She says the reductions are “preventing 800 deaths and 2,000 emergency room visits and hospitalizations from lung and cardiovascular diseases annually.”