Op-ed: Cities have much to gain if they design for women. 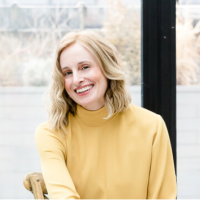 As a planner, writer, and researcher, I’ve spent much of my career listening to people. And I’ve focused a lot of my listening on women’s perspectives — voices that are often absent or underrepresented in the planning process. I’ve spoken to women in South America still battling the impacts of a dictator’s regime; families in Detroit nervous for their neighborhoods to change and what this means for their future there; and young mothers across the U.S. who want to stay in the city but face increasing housing costs and educational barriers for their children.

Each of these conversations are unique, but one common theme emerged from them all. While men and women have many of the same needs and preferences on a variety of civic issues — from the need for access to transportation and the desire for walkable neighborhoods and active public places — women also experience spaces differently than men. They travel differently; have a greater need for safety when traveling to, from and within public spaces; and are highly impacted by segregated land uses.

Understanding how women experience spaces so we can design and plan for their unique needs is incredibly important to ensure our cities, communities, and spaces are designed for all.

Women travel very differently than their male counterparts. Men are more likely to travel by car, in and out of a city center. But many women have far more complicated travel patterns, often referred to as “trip-chaining”—dropping kids off at school before work, running errands, and fitting in appointments, all before returning home. Due to lack of access to cars and the shorter nature of some women’s work trips, women are also much more likely to use public transportation or travel on foot. Yet in many urban and non-urban environments, public transportation options are limited or not conducive to tackling multiple errands in a short period of time, because of a lack of frequency during non-peak times and routes being designed for in and out travel. In addition, walking or biking are often not safe choices due to lack of consistent sidewalks, lighting, bike infrastructure, and pedestrian crossings. Couple these safety issues with the financial implications of trip chaining (in cities that don’t have integrated transit services, people must pay a fare for each leg of the trip, inflating their transport costs), simply moving through the city becomes a major problem for many women.

This is both an American issue and an international one. For example, in Santiago, Chile, researchers focused on the transportation experience of women who live in the urban periphery. Women there spent considerably more time accessing work and healthcare — frequently with young children in tow — and had heightened perceptions of insecurity while using public transit. They spent so much of their day trying to get to work or appointments that they were regularly commuting and running errands in the dark.

Women, as we know, experience higher rates of assault, violence, and sexual assaults than their male counterparts. In the study in Chile, all focus group and personal interview participants had personally experienced, or knew someone who had experienced, some sort of violence while using public transit. Lack of lighting, restrooms, and location of transit stops around high-frequented, public areas were all major issues.

Here in the U.S., women experience the same issues of actual and perceived safety risks while using public transportation. And they are spending more money to avoid these risks. A 2018 study of New Yorkers found women were harassed on the subway far more frequently than men were, and as a result paid more money to avoid transit in favor of taxis and ride-hail. As Wired reported at the time, “women in New York City spend an average $26 to $50 extra on transportation per month for safety reasons, and up to $100 each month if they are their family’s main caregiver — as much as $1,200 more than men each year.”

Transport for London has adopted a whole host of forward-thinking policies that aim to reduce inequalities in the transportation experience and ensure women feel safer when traveling at any time of day or night. These include enhanced lighting and signage; increased enforcement at public stops and expansion of “Project Guardian,“ an initiative that tackles sexual offense on London’s transit network; and continued conversations with women about what improvements need to be included. Los Angeles Metro is following suit by surveying and understanding the unique mobility needs of women in LA County to inform future policy and design.

While ensuring safety from moving between places is important, planning and designing for women also needs to consider their needs while in these places. During daylight hours, public spaces are more likely to be used by women. And yet, those spaces are mainly designed for men’s needs. As discussed above, amenities that encourage safety — lighting, preserving sight lines — are a must, and the more people the better. But other features are also important when designing places for women.

Designers and planners need to think about how public spaces provide opportunities for women, children, and the aging population — all in one space. Here in the U.S., research has shown women devote more time than men on average to childcare and serve as informal caregivers to aging family members, although this gender gap has narrowed over time. This role spills over from the private to the public realm, and it’s important to recognize and understand the need for the design of multi-generational spaces, even when it’s at risk of gender stereotyping.

In the late 1990s, Vienna led the helm in tackling inequalities in site planning and design by employing gender mainstreaming practices and policies. And the results are incredible. The city has since designed about 60 gender-sensitive pilot projects and considered another 1,000. This includes an apartment complex built by women for women, called “Women-Work-City.” The development includes stroller storage on every floor, wide stairwells to encourage talking to neighbors, flexible layouts, and accessible public spaces for kids and adults. Vienna has also redesigned parks based on their findings about how men and women use public spaces differently. The results pointed to a need for increased security, accessibility for everyone of all ages, and facilities favored by girls, like badminton courts and places to sit and talk.

How can we do better?

Women are often decision makers for their families as well as the social glue that connects people to places in their communities. Yet, as half of our population, their unique needs have historically been overlooked in planning and design, in part because their viewpoints are underrepresented in positions of power within cities. As of 2019, fewer than one-fourth of U.S. cities with populations over 30,000 had women mayors. As of 2016, thirty percent of council members in the largest cities are women, down from 33 percent in 2010.

And while more women are entering planning, architecture, and engineering, this lack of historic female leadership has impacted our cities and neighborhoods in a big way. What can we as planners and designers do to ensure women play a greater role at all levels of the planning process today and in the future?

Marisa is the Principal of All Together, a Chicago-based design studio focused on community branding, engagement and placemaking.