Though local leaders claim that land banking has been a successful move for northern St. Louis, a closer look reveals that there’s not much of a coherent strategy at work. And will giving thousands of parcels of land to the highest bidder really bring development to this long-blighted area? 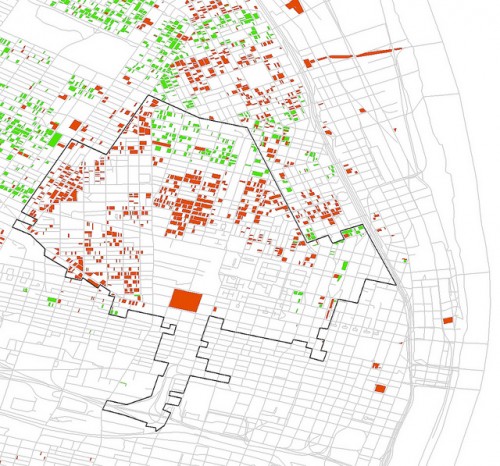 More typically, a land bank is focused not only on returning property to private ownership (and thus the tax roll), but also holding it until a sale becomes profitable. For St. Louis, this would have meant selling some parcels to McKee or another developer while holding adjacent parcels until their value increased. It typically also means aggregating small lots. McKee and the city have done this to some extent, but a quick look shows that whatever NorthSide brings, it will not primarily be clear cutting the existing urban patterns.

Newark Hopes a Land Bank Will Help Revitalize its Neighborhoods

Economics in Brief: SNAP Gets Largest Boost Ever Under Biden