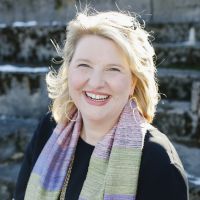 As a park planner and public space designer, I often imagine what it must have felt like for the legacy open-space system designers of the last century. Olmsted. Kessler. Burham. L’Enfant. They were poised in a moment of American growth where parks systems predated or at least coincided with the growth of their respective cities.

Boston’s famed Emerald Necklace, for instance, provided much-needed open space as a pastoral escape from the city, but also served as critical stormwater infrastructure allowing for the development of the city. In my mind, Olmsted is a skillful host, setting a grand banquet table and serving a feast of open space in anticipation of throngs of hungry city dwellers yet to pull up a chair.

With a growing majority of the world’s population now living in cities, much is made of the need for better housing options, mobility systems, and employment opportunities to accommodate this growth. But there is rarely broad public recognition or adequate financial support for parks and open spaces as a key factor in making our cities healthy, resilient and vital for all.

There is broad agreement that parks do just that.

On parks and resilience, The Trust for Public Land, among many others, is making the case for the capacity of urban open space to help cities adapt to climate change with programs like Climate-Smart Cities.

On parks and vitality, the national non-profit American Trails issued an overview of the broad array of economic benefits of city parks. For Olmsted and his peers, parks were a panacea for the perceived ills of city life. Like these studies suggest, imagine if we could harness open space again, this time as a powerful partner for urban growth.

In order to capitalize on the livability benefits of parks, the 21st-century park planner faces very different and arguably greater challenges than last century’s visionaries. We often need to expand and enhance park systems consistent with population growth but, in many cases, within the context of largely built-out cities. As a landscape architect leading parks system planning for many growing cities, it feels less like Olmsted’s elegant banquet and more akin to serving those mini-appetizers during a jam-packed house party. There are few broad urban strokes left and little in the way of greenbelts to secure. A new 800-acre downtown park in most American cities is unthinkable. Development pressures and the abundance of roadways can bisect our attempts at connectivity. In this context, designers are finding ever-increasingly innovative means to deliver on the promise of parks within the dense confines of the modern city.

Case in point: Denver. By some estimates, Denver is growing by 2.5 percent per year with a range of potential growth rates that could result in 125,000 to 250,000 new residents by 2040. Over the past few years, the City has been the subject of over thirty stories in Next City alone focused on this high rate of growth and change. These include overviews of affordable housing programs, celebrations of innovation in transit delivery and deep dives into the rise of the cannabis-based economy.

Denver is endowed with an extraordinary legacy park system. Recognizing these incredible assets, the city is taking a bold approach to preserve and create still more green space for future generations. In 2016 the city hired Boston-based Sasaki, with me as a design principal, to lead its 2018 Game Plan for a Healthy City, a city-wide plan for parks and recreation facilities and programs.

As we saw in drafting the plan, the system spans from the mountains to the prairie and encompasses more than 20,000 acres of parkland, full of amenities, and 28 recreation centers offering a wide range of programming. With over 260 parks, 6,000 acres of urban parks and 46 mountain parks (an early 20th century, Olmsted-led addition to the system) and conservation areas, the system provides today’s residents with an abundance of experiences and recreational offerings.

And yet, all that is not sufficient to deal with the scale of growth projected for Denver — certainly not when one also considers the environmental challenges associated with its both drought and flood-prone climate, and the continued decline in readily available public funding for the upkeep of existing assets. Not content to wait around, people and institutions are stepping up to bridge that gap. Here are just a few examples:

Taking back the streets
The Downtown Denver Partnership and the City Parks and Recreation Department jointly created a plan for Denver’s downtown parks and open spaces. Dubbed “The Outdoor Downtown” and led by Denver-based Design Workshop, the plan rethinks parks in the city’s most urban core through the lens of programming and activation. In addition to strategies to increase capacity for maintaining downtown’s park, it introduces signature elements like the Downtown Loop, an iconic multi-modal series of connected urban corridors. A temporary first phase called the Square on 21st, leveraged community groups and private-sector partners to convert a segment of the street into a pop-up park for two months last summer.

Reclaiming underutilized infrastructure
The High Line Canal Conservancy is partnering with Denver Water and 17 different regional jurisdictions to reimagine a former irrigation canal as a natural, connected and varied 71-mile long linear greenway. Stemming from a community-driven Vision Plan, also led by Sasaki, the High Line Canal Framework Plan is now underway. This next phase of the project, led by Denver-based Livable Cities Studio and my practice, Agency Landscape + Planning, is establishing a series of opportunities for increased access, natural function, stormwater benefit and recreational use in each of the unique communities along the canal. At a hundred feet wide and 71 miles long, the canal landscape is almost exactly the size of New York’s Central Park, though stunningly different in shape and character.

Turning up the volume on existing parks
The Denver Parks and Recreation Department, enabled by a 2017 bond, recently unveiled the Reimagine Play Initiative at the Paco Sanchez Park. This state-of-the-art play facility is multi-generational, geared toward improving public health, and ambitious in its design. Future phases of the park are in design now, led by Dig Studio with Port Urbanism, and include pop-up recreational amenities and performances spaces.

Denver’s Parks and Recreation Executive Director Allegra ‘Happy’ Haynes summarized it well in the Game Plan: “Parks have often been seen as one of the ‘nice-to-haves’ … [but parks] are important pieces of city infrastructure, just like having streets to get places. What we do has to be an integral part of the health and social well-being of our community.”

In a growing community like Denver, there is opportunity in that change. It may not look like the grand boulevards, vast parks and gracious open spaces of the 20th century, but the opportunity is there. Denver is seizing this moment to create a new layer of legacy parks planning and design that will greatly enhance the experience of that place now and for generations to come.

Now, I wonder what 22nd-century park designers will face.

This op-ed is part of The Power of Parks, a series exploring how parks and recreation facilities and services can help cities achieve their goals in wellness, conservation and social equity. The Power of Parks is supported by a grant from the National Recreation and Park Association.

EDITOR’S NOTE: The original version of this op-ed did not properly credit the design team of future phases of Paco Sanchez Park. We’ve corrected the error.

Gina Ford is a landscape architect, co-founder and principal of Agency Landscape + Planning. Underpinning her two decades of practice are a commitment to the design and planning of public places and the perpetuation of the value of landscape architecture via thought leadership, teaching, writing and lecturing.  Her work has received awards from the American Society of Landscape Architects, the American Planning Association and the American Institute of Architects, among others. She is on the board of directors for the Cultural Landscape Foundation and was the recipient of the Harvard Graduate School of Design’s Charles Eliot Traveling Fellowship and Wellesley College’s Shaw Fellowship.