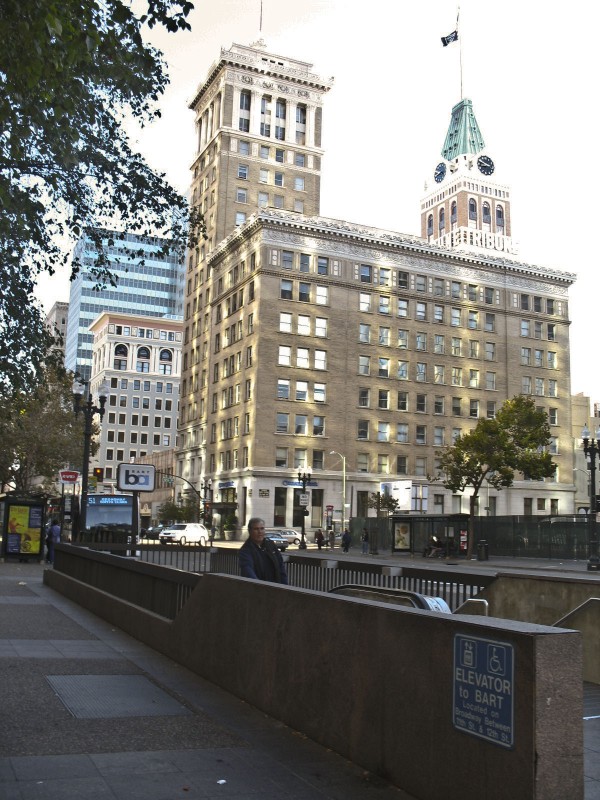 Last week the Society for American City and Regional Planning History (SACRPH) hosted their Thirteenth National Conference on Planning History in downtown Oakland, CA. The interdisciplinary conference brought together a diverse number of academics and professionals to discuss issues relating to urban and regional history.

The conference was held in the Oakland Marriott City Center and was a block away from Old Oakland. Over the course of three days about a hundred urban enthusiasts made their way to conference and through the streets of Center City Oakland for panels and plenary sessions about current SACRPH member research on planning history and broader planning themes. Innovation and researching novel ways to approach urban problems was a major theme that ran through many of the sessions of the conference.

On Friday a panel entitled “Bottom-Up, Top-Down, or Outside-In: Alternative Approaches to Economic Development” panelists presented research on different methods of simulating economic growth in urban areas. Roland V. Anglin of Rutgers University, was first to speak. His presented arguments from his book about the role of government regulation in supporting the work done by community based organizations. In his paper entitled, “Reason to Hope: Promoting Community and Local Economic Development through Public Sector Innovation”, he argues that the government through legislation, has set the conditions for these organizations to succeed. Anglin felt that coordination between community organizations was necessary and a higher level of accountability will be needed if these organizations truly want to be successful.

A second panelists, Faranak Miraftab, a professor at the University of Illinois, Urbana Champaign, gave a presentation on “Colonial Present: Rethinking Contemporary Municipal Development and Governance Strategies in Cape Town, South Africa,” where she spoke about the similarities between colonial and present business improvement initiatives in the city. In her research she found that there were similarities between the neo-liberalism policies of today and the colonial strategies of the British of managing colonial outposts during colonization. She argued that the idea of creating business improvement district is constantly presented as a policy innovation but that it has simply been re-branded over time in Cape Town and probably around the world. The point that within the alternatives partnerships, between private and public entities has always been present was reiterated throughout the presentations.

On Saturday two panels on New Media and urban planning and history were held. Jon Stuart of Florida International University spoke about his project, “In Sync- Networked Public Spaces for Social and Political Empowerment” and how people around the world could learn from each other in public spaces by interacting through screens. Another panelist, Robert C. Goodspeed wrote a paper entitled “Rethinking the Urban Conversation in a College Town.” Goodspeed was the co-creator of the interactive, community website Rethink College Park: Helping Imagine a Great College Town for a Great University where authors wrote about the growth of the University of Maryland College park campus and its impact on the surrounding community. Members of the community had the opportunity to respond and the discuss forum created could then be used to shape policy, development and ultimately design decisions. Panelists in both sessions revealed innovative ways of approaching urban issues, history and communicating their impact.

A day before and a day after the conference participants took advantage of optional tours that took them through West Oakland, the Oakland waterfront and several tours in the San Francisco area. Through conferences like SACRPH a diverse group of people can come together to learn about urban planning issues facing the a particular city like Oakland and discuss and debate potential solutions to urban issues around the world.