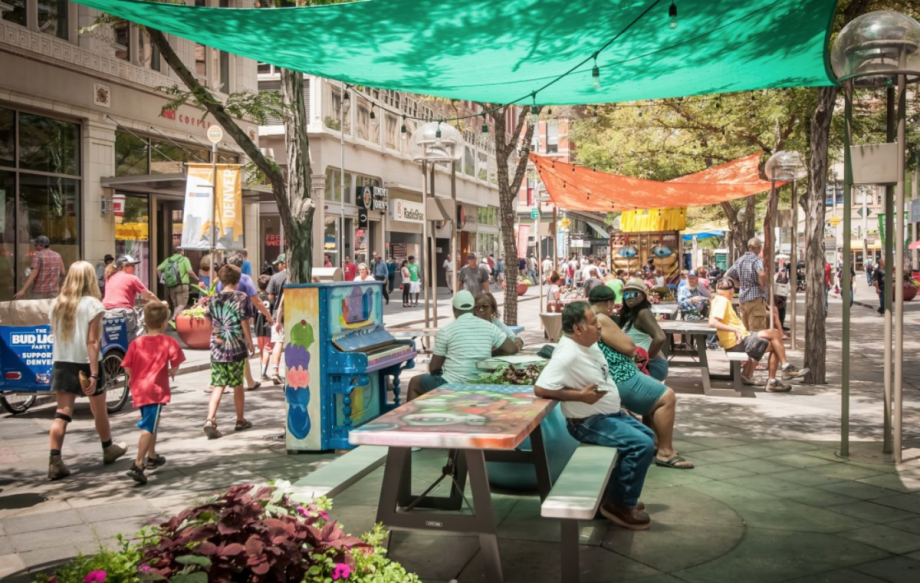 PHILADELPHIA — The Google GNI Innovation Challenge announced today that it will provide $30,000 in funding to Next City to create a one-of-a-kind “Representation Tracker” that will help to ensure that people of color and marginalized groups are included as sources in coverage.

Right now, newsrooms can know instantly how many page views or unique users they have at any given time. But they don’t have metrics for how many sources in their published stories are people of color, women, or LGBTQ. You can’t improve upon what you don’t measure. This new tool will empower Next City and other newsrooms to track representation in their coverage.

The Google GNI Innovation Challenge provides a portion of the development costs, helping to jumpstart the tool’s completion as Next City secures the remainder of the funding. The Google News Initiative’s innovation challenge is described as a global effort to work with the news industry to help journalism thrive in the digital age, with this second-ever challenge focused on stimulating “Sustainability through Diversity.”

Next City publishes hundreds of stories each year on the solutions that make cities more equitable. With this Representation Tracker, Next City will advance a solution for our own industry.

Although the journalism industry doesn’t yet have hard numbers to prove it, Next City has long contended that people of color are left out of news coverage. Just ask anyone living in a majority-minority neighborhood how where they live is reflected in local media. Too often the media reports from these places only when someone is robbed or killed. For folks in these neighborhoods, the media becomes a funhouse mirror that stretches and amplifies a place’s worst moments until tragedy and dysfunction cloud the whole picture.

Next City’s Representation Tracker will enable our newsroom, and others, to track the diversity of published sources so that newsrooms can be held accountable. The tool will tally the number of named sources in coverage, categorized by demographics such as race, gender and sexual orientation. Then those numbers will be posted online for anyone to see.

“Newsrooms are rightfully asked whether our boards and our staff are representative of the places we cover. That’s a valid question in an industry where less than one-quarter of its practitioners are nonwhite,” said Lucas Grindley, executive director for Next City. “But to whom we choose to lend our megaphone also matters. Journalists ought to know whether we’re predominately quoting straight, white men. This tool creates that accountability.”

Reporter Oscar Perry Abello has tracked the diversity of his sources since first joining Next City in 2015 as an Equitable Cities Fellow — a Next City program which offers journalists of color a one-year fellowship to report on how cities are leveling the economic playing field for those who have long been denied equal opportunity because of their race, gender, sexual orientation or other factors. Abello, now Next City’s senior economics correspondent, so far this year has quoted 217 people, 56% of which were people of color. His system became the inspiration for the Representation Tracker.

To develop the tool, Next City is collaborating with Coalesce—a team of product designers and developers with expertise in publishing tools and systems. Coalesce brings experience in user research, design, and strategy to Next City’s effort to track and  improve sourcing diversity in newsrooms.

“We love building smart products that solve big problems. As a product shop, it’s in our DNA,” said Rodney Staton Piercey, a product strategist and founder of Coalesce. “Next City asked for our help tracking and improving source diversity in newsrooms. We’re bringing our strategy, design, and development experience to the table, helping create tools that should be available to every news organization, no matter the size or budget.”

Next City believes journalists have the power to amplify solutions and help spread workable ideas from one city to the next city. Originally named The Next American City, the organization began publishing a quarterly magazine in 2003. What started as a black-and-white printed publication staffed by volunteers ultimately grew into a popular and influential magazine that reached 1 million people over the course of its 31 issues. Today, Next City is a trusted voice on urban policy, with a website that reaches roughly 2 million influential doers and changemakers annually. Another 150,000 follow coverage on social media, and 40,000 subscribe to newsletters. All are in search of ways that cities can be reimagined as truly equitable and inclusive.