Next City Partners with High Line To Imagine ‘Future of Monumentality’

Next City Partners with High Line To Imagine ‘Future of Monumentality’ 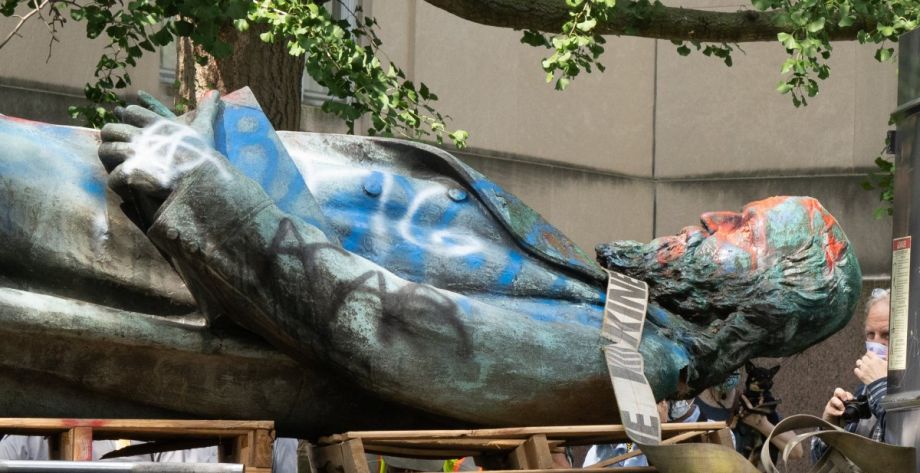 PHILADELPHIA — Next City today announces it is partnering with the High Line to present “The Future of Monumentality,” a speaker series at the unique intersection of art, design, and urbanism.

This series of two panels, moderated by New York Times critic Salamishah Tillet, will be held on January 27 and 28 and are open now for registration at nextcity.org. The series engages artists, historians, government leaders, and placemakers on the subject of public monuments, examining the civic, aesthetic, and historical contexts these influential objects inhabit.

Government officials, artists, historians, and protestors have faced renewed debates on the role of monuments in public spaces, particularly as many of these statues—often seen as symbols of structural racism and other inequities—served as prominent backdrops to protests in cities around the world throughout the past year and earlier. Inspired by these ongoing debates, the Future of Monumentality Speaker Series asks: Who determines monumentality in the urban public realm? And what does honest, equitable commemoration look like?

“Our notions of the past inevitably shape how we are seen and see each other in the future,” said Salamishah Tillet. “I look forward to being in conversation with the leading voices in art, architecture, urbanism, and government to better build more dynamic ideas of monumentality.”

“Monuments should enrich public spaces by recognizing the contributions of many of our communities,” said Mauricio Garcia, chief program and engagement officer of the High Line. “It’s incumbent on stewards of public spaces — residents, artists, government leaders, activists, historians, and designers — to inspire civic dialogue and deepen connections among our many communities to rethink what monuments can and should be.”

“Monuments have hurt our communities, but they can also be used to heal,” said Lucas Grindley, executive director of Next City. “Now is the time to learn from the many practitioners already doing the work of reimagining monuments.”

Conversation during the series will bridge practical and philosophical perspectives from across disciplines to advance the discussion around monuments and inspire collaborative action. Speakers will bring different perspectives around issues of power, engagement, and representation in the public sphere. In the first panel, speakers will address monumentality itself; in the second, speakers will offer examples of alternatives to monuments as currently understood in the mainstream.

To register for this event, visit https://nextcity.org/events. Attendees can register now for a single ticket to both events for an early bird price of $15, ending on January 13 when the event opens for pay-what-you-wish registration as the lineup of speakers is released. Donations made to support this event are split between Next City and the High Line Network.

Next City is a nonprofit news organization that believes journalists have the power to amplify solutions and help spread workable ideas from one city to the next city. Our mission is to inspire greater economic, environmental, and social justice in cities. Next City is a trusted voice on urban policy, reaching 2 million influential doers and changemakers annually via nextcity.org. Another 150,000 follow coverage on social media, and 40,000 subscribe to newsletters. All are in search of ways that cities can be reimagined as truly equitable and inclusive.

ABOUT THE HIGH LINE

The High Line is both a nonprofit organization and a public park on the West Side of Manhattan. Through its work with communities on and off the High Line, the organization is devoted to reimagining public spaces to create connected, healthy neighborhoods and cities.

Built on a historic, elevated rail line, the High Line was always intended to be more than a park. Visitors can walk through gardens, view art, experience a performance, enjoy food and beverage, or connect with friends and neighbors—all while enjoying a unique perspective of New York City.

This Future of Monumentality series builds off of the 2019 New Monuments for New Cities exhibition, subsequent 2020 publication, and launch of the High Line Plinth. New Monuments for New Cities was the first High Line Network Joint Art Initiative, a collaboration between infrastructure reuse projects in North America inviting five of their local artists to create proposals for new monuments.

Nearly 100 percent of the High Line’s annual budget comes through donations. The High Line is owned by the City of New York and operates under a license agreement with NYC Parks.

Next City’s coverage is generously underwritten by the Kresge Foundation.