Meet the 2019 Vanguard Class That Will Gather in Sacramento 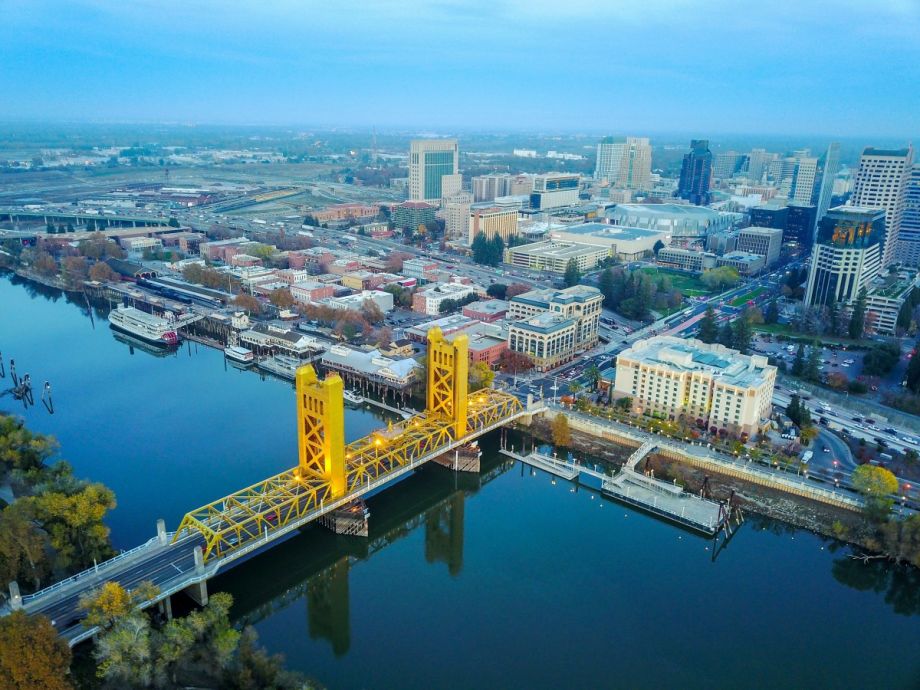 Next City and the Sacramento Region Host Committee today announce the class of Vanguards who will convene in Sacramento from September 30 to October 3, 2019. The Vanguard conference celebrates its 10th year this year, as an annual experiential gathering of rising urban leaders, working to improve cities across sectors.

The Vanguard program will be run by Next City in partnership with the Sacramento Region Host Committee. The Center for Regional Change at the University of California, Davis, is the official host of Vanguard. In addition to UC Davis, design and event support are being provided by Tre Borden Co and RallyRally. Additional sponsors who have signed on to catalyze engagement with this leadership gathering include Kaiser Permanente, Sacramento Municipal Utility District (SMUD), Fulcrum Property, the National Recreation and Park Association (NRPA) and DPR Construction.

“We are thrilled to welcome the 2019 Vanguard cohort to the Sacramento Region,” says Bernadette Austin, Associate Director of the UC Davis Center for Regional Change, the official host of the conference. “We are honored to host such dynamic leaders at Next City’s first Vanguard conference in California. We invite these rising leaders to provide their valuable perspectives on how we can create healthy, equitable, prosperous, and sustainable communities in California’s capital.”

The 2019 Vanguard fellows include philanthropic changemakers, academics, policymakers and planners working for influential organizations such as Sidewalk Labs, AECOM and University of California-Berkeley. From Sacramento itself, Vanguards work with the California Air Resources Board, WeWork, Kaiser Permanente and SMUD.

Among this cohort of impressive and dedicated leaders are: a nonprofit founder turning disused subway cars into public spaces; a city transportation official making bike-share more equitable in Oakland; and a Sacramento-based social entrepreneur helping locals launch sustainable food businesses. From Philadelphia to Mongolia, this class of innovators demonstrates ingenuity and resilience to tackle the regional challenges of our delicate urban landscape. View the entire Vanguard group here.

The Vanguard initiative was launched by Next City, a journalism nonprofit with a mission to inspire social, economic and environmental change in cities through reporting and events around the world. For this international conference, we chose 43 Vanguards from a highly competitive pool of applicants that came from around the world.

“We’re truly thrilled to welcome such a talented cohort of urban leaders from around the world to Sacramento,” said Next City Executive Director Lucas Grindley. “The future of our cities depends on promising innovators like these Vanguards. And I know from years living in California that Sacramento is a city leading the legislative push for more equitable urban policy. Together they’re a powerful reminder of what’s possible.”

Sacramento, a city whose identity and economy has long been synonymous with state government, is enjoying a cultural and economic resurgence. Young Bay Area professionals and entrepreneurs flock to the city as an affordable alternative to San Francisco’s stratospheric cost of living. Longtime residents are newly engaged in community activism. And organizations such as the Vanguard lead sponsor, Sacramento Municipal Utility District (SMUD), continue to innovate with sustainable solutions. SMUD has committed to providing 60 percent renewable energy while reducing greenhouse gases by more than 60 percent by 2030, with a goal of being net-zero greenhouse gases by 2040.

The conference will unfold as a three-day series of presentations, workshops and neighborhood tours. Initially, the Vanguards will immerse themselves in the history of Sacramento. Then they will turn their attention to the present, with guest speakers and interactive panel discussions on topics such as the future of transportation and environmental resilience. Neighborhood walking tours will put our cohort on the streets (and on the riverfront) to see the future of California’s capital city.

The conference culminates in the Next City Big Idea Challenge, a design-focused collaboration with community members, where teams of Vanguards use their own expertise and the knowledge gained through Sacramento neighborhood explorations to address a challenge facing the city. This workshop is an opportunity to create a long-term bond between and among the Vanguard network and the Sacramento community. It ends with local experts reviewing the proposed projects with an eye toward taking concrete steps to implement the strongest ideas.

For questions about sponsorship or press inquiries, please contact Sara Schuenemann by email at sara@nextcity.org or phone at 267-239-0762.