Change Is Happening. Why Reporting on It Matters. – Next City

Change Is Happening. Why Reporting on It Matters. 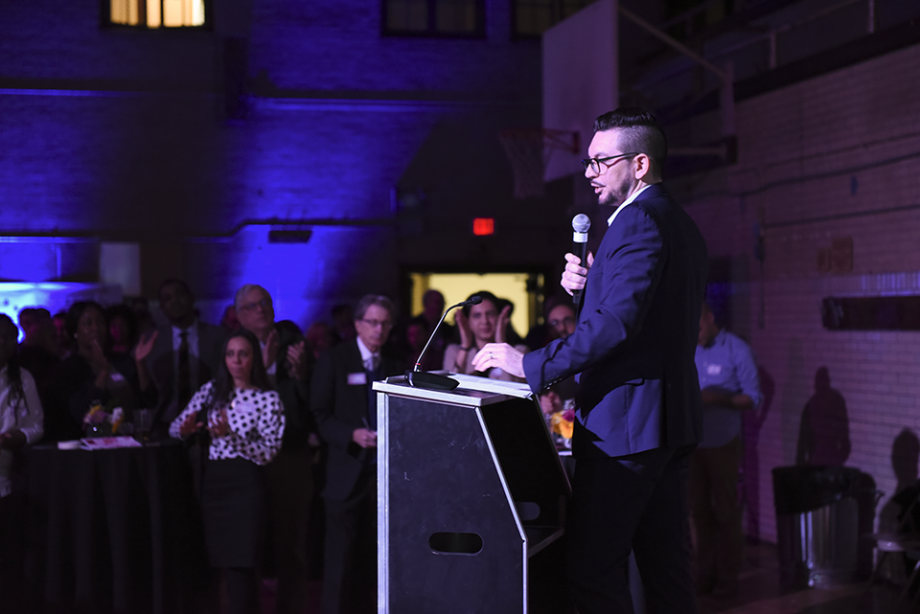 The world can look bleak these days. Even if the cacophony of division is whipped up from a Russian troll farm, it feels real in our everyday lives. Tensions lurk in holiday living rooms, just a screen-swipe away on social media. Turn on cable news — if you dare. Maybe keep the volume down.

I remember one story after the 2016 election, about a guy who quit the mainstream. He moved far from the city and insisted neighbors never utter so much as a headline.

While our conscience ought never to ignore what’s wrong with the world, there is room to pay greater attention to what’s going right.

Next City believes change is happening. We make finding it our job. Our journalists know people are out there, refusing to give up — though it might not always feel that way, not if Twitter’s in your life.

What follows on the pages of this special issue are solutions for cities, packaged neatly for your review. Behind each solution are countless visionaries who were likely told never to bother, that their ideas were dead on arrival. Yet these solutions exist because someone never stopped trying. And because someone else was there to document the story, to record the fruits of that labor.

Next City believes what these pioneers do — what you do — goes vastly underreported. According to the Pew Research Center, newsroom jobs have been slashed by 23 percent in the last 10 years. The crisis is more acute among newspapers, where jobs shrunk by a whopping 45 percent. That’s 45 percent fewer local reporters and editors, and therefore fewer stories written and published. It’s safe to say that 45 percent fewer solutions ever get recorded.

Those who refuse to escape to an information bubble are painfully aware that overwhelming and necessary attention is given to the unprecedented infringement on what is just. Scarce are the stories that elevate the humble and determined, who fight to fix society.

Do you feel it? Do you create something everyone should know about? Do you have a moment in your day when an ingenious project makes you say, Wow, why am I only now hearing about this?

Next City was always meant to fill that gap. Change is happening. We know it is. Spreading that change depends on you and me. You do the work, and I will tell your story.

When Next City was founded 15 years ago, it modeled the kind of change we now cover. In 2003, three enterprising Yale grads — Adam Gordon, Seth A. Brown and Anika Singh Lemar — looked around for media coverage of cities and found it sorely lacking. Cities were maligned as deteriorating sources of trouble. They did something about it. Adam sent an email to everyone they knew. A network of volunteers was born, and with it, a magazine first called The Next American City. What began as an idea among friends now reaches 2 million people annually.

The name shortened to represent our increasingly global perspective. Our staff is no longer a volunteer corps. Now 40,000 people subscribe to Next City emails. Through social media, we reach 150,000 followers.

Gordon’s original vision was to spark a conversation about issues facing cities and create “a community of people to talk about those things.” Brown told me, “The idea of the organization and what it is trying to do really has not changed,” because Next City still exists to “support the growth of a new generation of doers and thinkers on urban topics.” The magazine was intended, Singh Lemar remembers, to talk about cities “as a place where good things happened, and not just as a place where problems happened.”

Next City works proudly in nonprofit journalism to inspire and inform those doing the work of social, economic and environmental change in cities. We report on things you can try, or learn from, or that motivate your own life’s work. For 15 years, Next City has raised up stories of solutions, helping spread them from one city to the next. How much are stories about solutions worth in your job? Or to your community? How much are they worth to a functioning democracy?

When solutions are plentiful, so will our lives be in the city.​

(BECOME A MEMBER: Donate to support Next City today.)