Announcing the 2022 El Paso Class of Next City Vanguards

Announcing the 2022 El Paso Class of Next City Vanguards 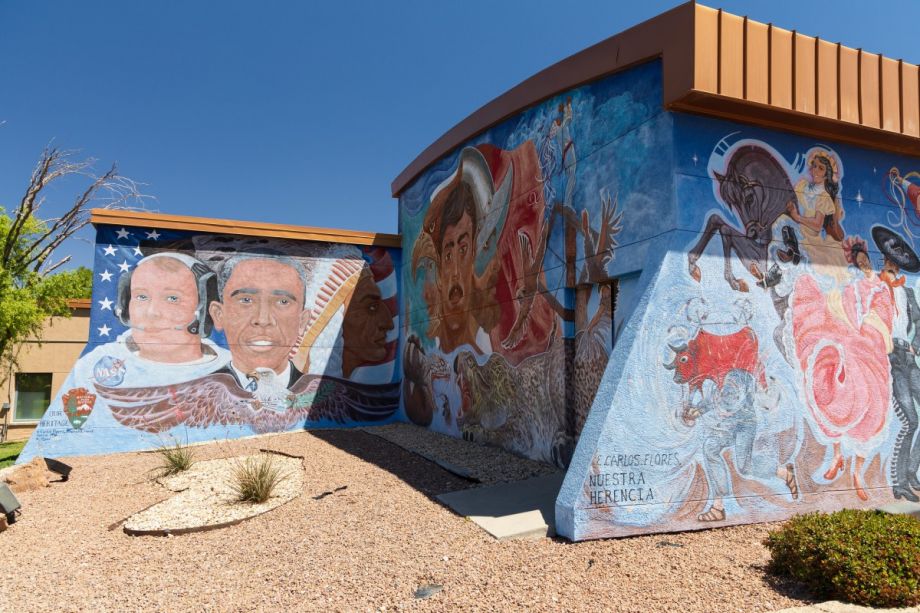 Next City today announces the class of 44 Vanguards who will convene in El Paso October 24-27. This is our 14th Vanguard conference, an annual experiential gathering of rising urban leaders who work to improve cities across sectors.

The 2022 Vanguard fellows work in sectors including worker cooperatives, food security, affordable housing, equitable public space and community engagement. They work for such influential groups as the Democracy at Work Institute, Local Initiatives Support Corporation, the Office of U.S. Congressmember Rashida Tlaib, Habitat for Humanity International, and the Whole Kids Foundation. From El Paso itself, Vanguards work with Texas Tech University, the Downtown Management District and Farmer D, among other organizations.

The Vanguard program will be run by Next City in partnership with Progress321 and an El Paso-based host committee. The conference is supported by a grant from the Mellon Foundation.

“We are elated to host the Vanguards in El Paso this year, to bring additional visibility and perspective to the many planning efforts in our City,” says Alex Hoffman, Assistant Director for Capital Planning for El Paso. “Many of the conversations that will take place at the conference will be firsts for our community. Our hope is that the Vanguards will elevate the work the City and its consultants have underway and bring a fresh perspective to our community, building support for a more inclusive and equitable El Paso into the future.”

Among the cohort of impressive and dedicated El Paso Vanguards are: a New Delhi-based landscape architect whose park and greenway projects create equity in nature-based solutions; a St. Louis artist and designer who manages a metro bus-turned-mobile farmers market; a lawyer co-leading a coalition to eliminate criminal fines and fees in California; and a Texas artist spearheading a laser light-bridge project in the borderlands. From Toronto to New Orleans to São Paolo, this class of innovators demonstrates ingenuity and resilience to tackle the regional challenges of our delicate urban landscape. View the entire Vanguard group here.

Vanguard was launched by Next City, a news outlet with a nonprofit model. Next City’s mission is to unleash the transformative power of solutions-based journalism to equip communities and their leaders with the knowledge and connections to reimagine cities as liberated places of economic, environmental and racial justice. We accomplish this by using our journalism and events programming to uplift diverse perspectives and marginalized narratives. For this international conference, we chose 44 Vanguards from a highly competitive pool of applicants that came from around the world.

Vanguard 2022 will be Next City’s first cross-border conference, with events in both El Paso and Ciudad Juárez, Mexico. El Paso, in the far west corner of Texas, is across the Rio Grande from Juárez, the largest city in the state of Chihuahua. With a population of nearly 870,000, El Paso is the second-largest majority-Latino city in the United States and the largest U.S. city along the Mexican border. Next City arrives in El Paso as the city prepares to update its Downtown/Uptown Plan, as well as a $900K proposal to create a “deck plaza” that would connect neighborhoods on either side of Interstate 10 — a proposal not without concerns over its equity, environmental and economic impacts.

President Biden’s recent pledge to fill in gaps in the Arizona section of the border wall makes it clear that the conversation on immigration — and frequently inflammatory debate over “the border,”  which is essentially an arbitrary political construct — has not abated. This predominantly Latino community may be divided by a border wall; but more than anything, locals see the border not as an obstacle but as an opportunity for collaboration.

“The U.S.-Mexico border has been the subject of such rhetorical demagoguery that our country has failed to recognize how it can be a source of strength,” says Next City Executive Director Lucas Grindley. “That’s one reason why I’m looking forward to exploring El Paso with the Vanguards and sharing the solutions we find there with Next City’s readers. Our journalism can be a megaphone for city-builders determined to counter that broken narrative.”

The conference will unfold as a three-day series of presentations, workshops and neighborhood tours. This year, Next City will offer a unique opportunity for the City of El Paso. Vanguard conference participants will learn a community-engagement technique to gather the shared goals and values of El Pasoans in these two months leading up to Vanguard. The technique will be put into practice with community members during the conference. Once in El Paso, participants will gather critical data that will support the planning, policy and implementation of the city’s forthcoming Downtown/Uptown Plan. Additionally, Next City will hire a journalism fellow based in El Paso, who will spend the next year reporting on how these community-engagement efforts have influenced the city’s plans to develop the downtown area.

For questions about sponsorship or press inquiries, please contact Events Director Sara Schuenemann by email at sara@nextcity.org or by phone at 267-239-0762.