An Affirmation of Next City’s Mission for Racial Equity

An Affirmation of Next City’s Mission for Racial Equity 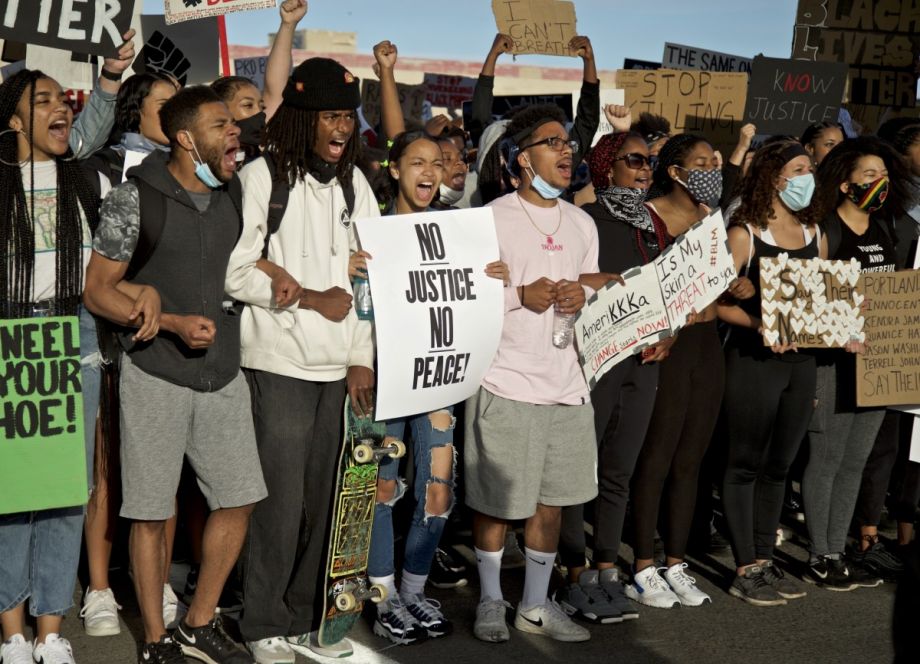 This statement on behalf of Next City’s staff and board both affirms our values and acknowledges that journalism is broken, especially when serving black readers and other people who have been marginalized.

All media makes mistakes. Our industry even established a corrections and clarifications process for admitting when it’s wrong. But journalism also has a deep-seated reluctance to self-criticize. When challenged, too often we close ranks and plug our ears with cries about objectivity. Our oversimplification of objectivity has led to human and civil rights put up for debate. No correction we publish, in print or online, can absolve journalism’s responsibility or erase the anger over what we’ve already done. We the media must declare our mission as the pursuit of racial equity.

You hear false objectivity in the language of reporting on protests. Protestors “threw” bottles or bricks — written in the active voice that assigns responsibility. And yet those same protestors, and the journalists who covered them, “were shot” with so-called rubber bullets — written in the passive voice as an action perpetrated by unseen forces. So let’s be clear. Bullets don’t shoot themselves into the faces of protestors. Police make those decisions. Police shoot those bullets.

Objectivity does not require journalists to contort their reporting to offer the unlikeliest window of possibility when an injustice unfolds in real time. When footage shows a group of Charlotte protestors pinned in a parking garage as police shower them with tear gas, we must stop leaving room for a “logical explanation” beyond what we see. When an NYPD SUV plows into protestors and cameras show bodies toppling like bowling pins, what reasonable justification could there be? The larger question is: Why do predominantly white institutions of authority constantly receive the benefit of the doubt? And what message does that send to our readers?

This “objectivity” is a cancer on our nation and has become all the more prevalent in political coverage where fundamental questions of equality and fairness are disputed. As if locking Latino children in cages might have some soon-to-be-revealed good reason, if only reporters could get the right sound bite from authorities. False equivalence treats lies as potentially true, if only we could understand the perspective of those who utter them. Let’s state what is obvious to our own eyes and ears. That includes calling racism by its name. And it demands our vigorous pursuit of prosecution for any law enforcement officer who commits a crime.

Governments enable atrocities in our name every day. When we allow schools with predominantly black children to get less funding and ask them to attend class inside walls filled with asbestos, when we claim ourselves helpless to solve poverty even as America verges on the birth of its first trillionaire, when adults and children go hungry or homeless, these injustices persist in our names.

And when police shoot tear gas into a crowd of protestors who are backed onto an embankment on a Philadelphia highway with no escape, the police do this as representatives of the city for which they work. When the governments we elect commit atrocities, all of us are complicit in the crime. This betrayal drives much of the anger in the protests happening now.

Journalism is often an exclusive platform for the powerful who perpetuate this unjust system. The powerful are easy to find, their voices are loudest, and their influence is unquestionable. Journalism reveals its alignment with the powerful and not the people whenever law enforcement is the sympathetic character in stories about protests. Next City doesn’t center the powerful in our coverage, including that of City Hall. We center the lives of changemakers who force the system to prioritize equity. And the incumbents of City Hall ought to read us because their boss is “we, the people.”

The media is broken when it articulates our problems but not our solutions with equal fervor. When the news amplifies all the worst narratives, but very few transformative stories, citizens suffer the effects. The media becomes a funhouse mirror that warps and stretches a place’s worst qualities until they overtake the entire reflection. Black and brown people living in low-income neighborhoods disproportionately see their stories told only when they originate from a police scanner. That’s no surprise where newsroom staff and leadership are whiter than the communities they’re covering.

Next City makes it our job to seek out solutions for cities, not because we strive to look on the bright side, but because solutions exist, and they are overlooked. Similarly, journalism is a service to our readers, who ought to hear and see themselves in our coverage. Journalism must elevate and listen to the voices of those working to improve their own communities. Anyone following the general-interest media now, though, has reason to doubt that journalism serves Black Americans, if indeed it ever did.

We at Next City know we must recognize our own imperfection. We must every day do better, as individuals, as community members and as professionals. Our collective wisdom is a collection of wisdom. So we must constantly interrogate our biases and challenge ourselves in this work to achieve these ideals in our sourcing, narratives and staffing.

To fellow members of the media: You must confront and dismantle bigotry in all forms, including in your own institutions. Your readers depend on you. They especially depend on you now. So it matters that you know who they are, their core values, and what they want from the future. Do you serve the antiracists? Too often the answer is yes but we also serve everyone. Or, yes but not everyone agrees. Too many news outlets shirk the basic responsibility to know their readers. They feign service instead to “every reader” within a geographical boundary, enabling “both sides”-ism in loyalty to subscribers they refuse to acknowledge are racist, not merely wrong.

At Next City, we don’t waste reporting space on what racists think, nor do we solicit the expertise of the professional custodians of racist systems. Instead, we use our platform to share the work our readers do — from placemaking to urban farming to transit planning or small-business lending. These practitioners find community and inspiration in Next City. More than 80 percent say they or their organization actively work toward greater racial equity. And our readers share the conviction that is consistent within Next City’s stories: Nothing urbanism does matters if it doesn’t make cities more equitable.

On behalf of our board and staff,

In light of the continued uprisings to protest police violence and mourn the death of George Floyd, Next City has assembled a flash ebook that collects some of our recent reporting and webinar conversations about police reform and alternatives to policing. Download now.