In Dhaka, the UN, the Dutch and two city governments teamed up to make street eats safer.

They call it Kamala cart. Even if the choice to paint Dhaka’s newest food vending carts kamala — which is Bengali for orange — was intended to placate the Dutch donor who supported their creation, the cheery paint now symbolizes something that hits much closer to home in Bangladesh’s capital city. That something is food safety.

The Kamala carts are selling the same tea, phuchka, chotpoti and puri that vendors have always sold on city streets, but with a new promise that the food for sale has been prepared with the health of customers in mind — no small matter in a city where food-borne illnesses run rampant and can be deadly.

Mohammad Nazrul operates one of the carts. Unlike many street hawkers who cook in the open air, he prepares food in an enclosed space equipped with clean water, hand sanitizer and paper napkins.

The street chef was trained in good hygiene practices: how to prepare food and serve it without harming the customers he serves. Use hand sanitizer, he was taught, each time you handle cash. Don’t mix raw food, he was advised, with cooked meals. He learned the “right” art of sneezing and learned to keep his food prep restricted to covered areas, to avoid exposure to dust. But while these World Health Organization tips may seem commonsensical, they aren’t standard in the fast-paced business of street food.

On a recent afternoon, Nazrul’s mobile restaurant, perched before BRAC Bank in the city’s commercial hub of Motijheel, was swarming with customers. On a typical day, he serves around 300 people, from rickshaw drivers to low-ranking banking personnel. Mohammad Eliash, a salesman for a paper mill, snacks on a potato dish. He chooses the fried delicacies from Nazrul’s cart whenever he visits the area. “This is clean and good,” he says.

Scientists found in 2015 that about half of Dhaka’s street food is contaminated with bacteria that cause diarrhea. Other common food-borne illnesses include cholera, shigellosis, typhoid, dysentery, stomach cramps and vomiting, and doctors say acute contamination can result in kidney failure and even death.

The contamination is linked to dirty water and air as well as hygiene practices. The findings of a 2011 study on dust particles flabbergasted the researchers: The values surpassed three times the legal limit for air pollution in Bangladesh and the United States and nearly five times the level in the European Union and Norway.

“[I was] horrified,” says Aliya Naheed, a scientist and head of Initiative for Non-communicable Diseases at the International Center for Diarrhoeal Disease Research, Bangladesh, a Dhaka-based international public health research institute, who trained at Tulane University and Johns Hopkins in the U.S. “More than 50 percent of the food we tested had microbial contamination. And we found contamination in all kinds of food. It’s an alarming thing — one in two is eating contaminated food.”

That’s why there are now hundreds of covered Kamala carts roaming the streets of Dhaka, with support of the UN’s Food and Agriculture Organization, the Netherlands government as well as the two local authorities, the Dhaka North City Corporation and Dhaka South City Corporation. The vendors were offered the carts only after they passed physical and mental fitness tests alongside receiving basic hygiene training. Including utensils, each cart costs a little more than $570.

The investment has paid off handsomely for Nazrul, who moved to this megacity from a rural area at the age of 10. He came for an opportunity to wait tables at a city cafe earning less than $4 a month. Today, Nazrul is 30 and happy to call Dhaka home. He supports a family of 10, including his elderly parents and seven siblings, while employing four others. His monthly gross income tops $4,000, giving him the middle-class or even upper-middle-class rank.

He credits his success to the Kamala cart and the sanitary practices that come with it. “It’s the beauty [of the cart] and cleanliness — no dust, no flies,” he says.

Naheed has done more testing of food safety since the new carts were introduced and she too deems the experiment a success. Early survey results suggest there has been a “satisfactory” reduction in contamination level of street food, she says.

Bangladesh is urbanizing fast, with some half a million migrating from rural areas to cities every year. Already a teeming megalopolis of 18 million, Dhaka is projected to be the world’s third-largest city by 2020. This rapid pace of urbanization has fueled demand for convenience foods. Experts predict street food consumption will soar in coming years as Dhaka continues to attract those migrants drawn from the countryside by job opportunities or compelled by distress factors such as river erosion, natural disasters or climate change.

The new arrivals, of which nearly three-quarters end up in slums, lean on street food because it’s cheap and convenient.

But street food is a microcosm of a broader trend: the changing food system. Already, bread consumption is rising in urban Bangladesh, while that of rice is falling. Urban food retail is gaining momentum and superstores are thriving.

“This is part of modern life in Dhaka,” says Mike Robson, who until recently served as a representative of the UN’s food and agriculture program in Bangladesh.

With convenience foods gaining ground, food safety is becoming more important than ever. Following an example set by India, Bangladesh has made strides in improving food safety, beyond the Kamala carts. In 2015, the national government created a new agency dedicated to the issue: the Bangladesh Food Safety Authority (BFSA).

Citing India’s experience, Robson says it will take at least a decade to build up institutions like the BFSA. But while the government has a role in ensuring safer food for the citizens, Robson says the private sector has the “biggest incentive to get food safety right.”

“You can’t have food business without taking care of food safety,” he says.

Dhaka officials say they are committed to ridding Dhaka’s streets of unsanitary vendors.

The new carts are a first step. “It’s a priority. We’ve plans to scale this up, gradually,” says DNCC Mayor Annisul Huq.

The idea of promoting hygienic carts, city officials say, is to create conditions so that “unhygienic” food vendors are compelled to fold operations or move elsewhere voluntarily.

Yet there are challenges, including worsening traffic and space constraints that limit the ability to expand the number of vendors on the street. Not to mention the fact that the FAO food safety project under which 600 carts have been distributed is closing in 2018.

Another challenge is the reluctance of educational institutions in Dhaka to allow vendors on their grounds. That reluctance threatens to scuttle the efforts to promote the healthy carts to school kids, a major consumer group along with urban working-class and low-income people.

Kamala carts have seen success outside of Dhaka. In Bangladesh’s third-largest city of Khulna, they have become quite popular, FAO officials say. They say customers prefer to visit Kamala carts and are prepared to pay more for food that doesn’t make them sick.

Schoolchildren are monitoring hygiene in carts and clientele report lower incidences of illness and most importantly, other vendors have started copying the model.

“Habits are being spread,” insists Sridhar Dharmapuri, a food safety officer with the FAO. “It’s a Bangladeshi model. It has now been internalized here.”

He says that other cities too have an opportunity to make street food safer.

“If it can be done in Khulna, we can achieve [this] in other cities,” Dharmapuri says.

Initial interest from the mayor has encouraged the FAO to expand its safe street food piloting into the southern city of Barisal sooner, Dharmapuri says.

But since safer food has the potential to cost more, consumers’ role is also seen as decisive. The challenge, experts say, is to make sure that street food is still affordable. Pushing for hygiene — forcing the vendors to buy orange carts, for instance — will obviously require investment, according to FAO’s Robson.

Robson believes that the cost can be met through price adjustments. “Money has to come from higher prices,” he says.

Dharmapuri sees the issue of scaling up from a different angle. “It’s about [hygiene] messages getting circulated around,” rather than going for “expensive business” of distributing thousands of carts.

But advocates say that vendors will see the value in the costlier carts.

“If you can demonstrate economic benefits, vendors will be interested,” says Ataur Rahman Miton, country director of Hunger Free World, which is affiliated with Bangladesh Food Safety Network, an advocacy group in Dhaka.

“Before this cart, I sold one plate phuchka at 20 taka, now I charge Tk 30. Customers have no complaint,” says the 42-year-old Mohammad Shamsuddin Khan. (Thirty taka is around 40 cents U.S.)

Khan wore an orange-colored T-shirt, coordinating with his cart.

Clothing trader Sohel Tanvir is one of those customers. To savor the taste of phuchka, he stopped by Khan’s cart on a recent afternoon. Logos of Dhaka North City Corporation and the FAO on the cart were reassuring for him. “This is clean. Higher price is not a problem,” Tanvir says.

But cleanliness can’t solve all the problems vendors face. For Nazrul, it’s a regular battle against police who prey on the mobile entrepreneurs. Still, he tries to stay focused on the part of his business that excites him — coming up with healthier recipes, such as mushroom chops. “If people eat well, they will keep well,” he says. 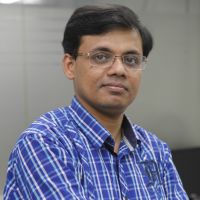 AZM Anas is an economic editor with Dhaka-based business daily The Financial Express. Abu also writes for a number of global media outlets including Reuters, Nikkei, and Atlantic. Among his national and international honors, Abu counts Best Economic Reporting Award in Bangladesh, UN Press Fellowship, Jefferson Fellowship, and Developing Asia Journalism Award. He has a master’s degree in English Literature.