The 44-story architectural icon is a harsh reminder of Soviet occupation. Does Poland hate it enough to tear it down?

Nearly three decades after the fall of communism in Poland, the most visible architectural structure of its capital city is still a Soviet skyscraper.

The Palace of Culture and Science, built between 1952 and 1955, was ostensibly a gift from Soviet dictator Joseph Stalin to the Polish people. At the time, Stalin was consolidating his grip on Poland with government purges and mass arrests that both suppressed and emboldened a growing anti-Soviet resistance. Against this backdrop, some 7,000 Polish and Soviet laborers erected Stalin’s hulking edifice amid the rubble left by a Nazi invasion just a few years before.

Concrete and boxy, the Palace of Culture and Science was designed by noted Soviet architect Lev Rudnev to resemble a series of socialist realist high-rise buildings in Moscow. It is the tallest structure in the nation and the most prominent in the capital. It stands 777 feet tall at Warsaw’s center as a visual — and visceral — reminder of almost half a century of Soviet rule.

“The Palace of Culture and Science was a symbol of communist occupation and oppression,” says Maciej Jakub Zawadzki, the creative director of the Warsaw-based architectural firm KAMJZ. Many Poles resented it from its installation as an unwelcome reminder of their domination by Soviet overlords. “It had to evoke strong, bad feelings,” says Zawadzki.

To this day, the structure remains the most contentious in Warsaw. (Residents like to say that its observation deck provides the city’s best view because it’s the only place in Warsaw with no view of the building). But the Palace is also emblematic of an even larger architectural controversy, brewing since the dissolution of the Polish People’s Republic in 1989.

Poland has been an independent democracy for nearly 30 years, though the uninformed visitor might not know it judging only from Warsaw’s current cityscape. Warsaw remains dotted with Soviet propaganda memorials, Soviet-era street names and Soviet socialist realist architecture, most notably the Palace. Amid this atmosphere — marked, too, by tense relations with Russia — some Poles are questioning whether and how their capital can ever embrace a truly Polish identity.

Among those pushing to exorcise the city’s Soviet spirits is the country’s current leadership, the right-wing nationalist Law and Justice party.

In 2016, parliament passed decommunization legislation banning from Poland’s public space all names “symbolizing the repressive, authoritarian and non-sovereign regime of 1944-1989.” According to the Polish Institute of National Remembrance (IPN), an estimated 940 of these names still emblazon street signs across the country, and about 40 of those are in Warsaw. Last year, the decommunization law was updated to also include monuments that glorify communism or commemorate communists, which drew ire from Russia and threats of sanctions. There are more than 460 such memorials still standing across the nation of Poland.

But what to do about the city’s socialist realist architecture?

Large and imposing, the socialist realist style is — in many people’s eyes — every bit as Soviet as the names and the memorials celebrating Poland’s former oppressors. Though perhaps not as blatantly offensive as those, the sheer size of the buildings makes them easy to resent and impossible to ignore. But tearing down a statue is one thing; knocking down a functional high-rise building is another. To replace the Palace of Culture and other buildings like it would be a huge and expensive undertaking. The decision of whether to take such a drastic step is testing the limits of Poland’s resolve to demolish the symbols of a detested era.

The autumn of 1989 was a heady time to be in Poland. As the country reinvented itself as a young democracy, the Polish people began the long process of healing — one that’s still ongoing, for many — by choosing their first fully free and democratically elected leaders in 1990, as well as reclaiming their public spaces.

Communist street signs were torn down and communist statues were toppled. When Warsaw knocked down its statue of KGB founder Felix Dzerzhinsky, the scene was broadcast around the world. The demolition of entire buildings, on the other hand, was cost-prohibitive, so the socialist realist structures stayed. However, many underwent an internal metamorphosis that was less visible from the outside.

For instance, many Poles found there was no more satisfying irony than watching the headquarters of the Polish Communist Party, built between 1948 and 1952, become the Warsaw Stock Exchange in 1991. The Palace of Culture and Science also went commercial, and today it’s home to corporate offices, department stores, restaurants and a swimming pool; there are also concert and congress halls that infamously hosted the Rolling Stones and Leonard Cohen when Poland was still behind the Iron Curtain.

But for some Poles, the repurposing of these structures doesn’t go far enough. The former Polish Minister of Foreign Affairs, Radosław Sikorski, believes the Palace should be demolished and replaced with a park. In 2009 he told a Polish radio station that such a transformation would represent a “moment of catharsis” for the nation. The Kraków-based Alliance of Veteran and Independence Organizations has also voiced support for the Palace’s destruction. The Alliance called it “an affront to the validity of the Polish state” and “a reminder that Poles are slaves to the Soviets.”

“A lot of people would like to completely erase socialist realist architecture from the cityscape,” says Zawadzki, the architect. This includes some middle-aged adults and seniors who lived through the Soviet oppression who yearn to see the entire socialist realist style of the city replaced and Warsaw returned to a more traditionally Polish aesthetic.

Perhaps surprisingly, however, the post-communist movement to tear down the Palace has run into resistance. Many Warsaw residents have even come to embrace its modernistic and minimalistic architecture as an important part of their urban heritage. In 2005 it was granted legal protection as a historic building, reflecting a growing acceptance — even an appreciation — among a particular segment of the population. Indeed, in the eyes of the city’s younger residents who remember neither the war that razed 85 percent of their capital nor the pre-war aesthetic that once defined it, this Soviet-inflected city is the only Warsaw they’ve ever known.

“I don’t know a different Warsaw personally,” says Dorota Grochocka, 36, who works in customer care and moved to the city 16 years ago. “For me, those buildings, those monuments are part of the city. I truly adore the old Warsaw, before World War II, but we cannot turn back time. Soviet presence in Polish life and politics after the war is a fact. It’s part of our history — sad and sometimes ugly, but a fact. And I accept that.”

Many younger Poles, not personally burdened by the emotional trauma of the Soviet days, consider it impossible — and undesirable — to extricate the urban space from its own history. And so, in a reversal of traditional roles, it is Warsaw’s younger generation that has emerged as guardians of the city’s troubled past and its foremost conservationists.

For this generation, it is less clear which parts of Poland’s urbanism are “wrong” and which parts are “right.” In their eyes, not all totalitarian symbols are created equal. In some cases, so-called Polish communists were in fact long-time Polish heroes, recognized and celebrated as such many years before communism took hold; they were only later adopted as communist figureheads. These include leaders that are beloved by many, such Ludwik Waryński and Stefan Okrzeja, after whom numerous streets are named. Supporters don’t understand why their legacies should be tarnished in the name of decommunization.

Amid such conservation efforts, however, the decommunization movement continues apace. During Poland’s first wave of decommunization, from 1989 to the mid 1990s, “there was a big movement” — “a social need,” if you will — “to delete all the past of communist Poland and Soviet presence in Poland,” says Damian Karol Markowski of the Institute of National Remembrance. The IPN is the state-funded commission established after the end of Soviet rule to document crimes against Poland.

Today the second wave of decommunization is reportedly in motion and scheduled for completion by 2019. “We want to finish it once and for all,” Markowski says.

The federal law tasks local administrations with taking down the communist symbols that escaped earlier decommunization efforts. Markowski estimates 10 to 20 percent of all communist signs and about half of all communist monuments remain intact. In many communities, he says, residents are eager to cooperate.

Many believe they cannot truly move forward until the past is laid to rest. “The Soviet era, and basically everything Soviet, has quite bad connotations. Most Poles see no reason to commemorate, memorialize or celebrate it in any way. Communism was imposed on Poland in the aftermath of World War II by force, not by choice,” says Czernicki, who works as a lawyer. Only when decommunization is complete can Poland “truly celebrate its hard-fought freedom, finally rid of Soviet influence.”

In other smaller, more rural communities, this process has been roiled by outrage. To some, not only is decommunization a time-consuming and costly burden — it’s a violation. For the government to control how they remember their own history, they say, is borderline Soviet itself.

According to the IPN, the fates of communist symbols are considered on a case-by-case basis. Some have been destroyed, while others have been removed and stored in the Institute’s warehouse. Still, others will be preserved and put on display in a forthcoming museum in Podborsko for Soviet monuments. And some, including cemeteries of fallen Soviet soldiers and commemorations of communist Polish heroes, will be allowed to remain.

As the hallmark of socialist realist architecture in Poland, the Palace of Culture and Science is a 44-floor, 3,288-room portrait of communist ideology.

Like other socialist realist architecture spread across the former Soviet bloc, its mandate was to be “socialist in content, national in form,” pairing realistic imagery with grand scale to control the public consciousness and help forge a new social order. In other words, it was designed to be an actual mechanism of tyranny. A 1949 resolution by the National Council of Party Architects called the architect “not merely an engineer creating edifices and streets,” but “an engineer of human souls.”

How can Warsaw celebrate a truly Polish identity, some might wonder, when its most prominent icon is a symbol of Soviet oppression? For many Poles, it’s not as perplexing a challenge as it’s made out to be.

“It is what it is,” says Czernicki, “a post-Soviet remnant of a turbulent past.” And, in Grochocka’s opinion: “I think it’s fine; I even like it. For me and for many people that come to Warsaw … it is an integral part of the city.”

The Palace, then, has come to represent a growing emphasis on embracing the here and now — on living for the future in spite of the past.

“In Poland, we have hundreds of thousands of buildings built by our occupants, like the Russian Empire, the Austro-Hungarian State, or even the Third Reich,” says Markowski. “If we had to create our own national architectural style, we would need to build Poland once again. So, as a matter of fact, we have to live with that legacy of our strange and difficult history.” 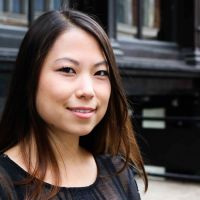 Ann Babe is an independent journalist who covers community culture and identity, social problems and solutions, emerging technologies and international development. Her writing has appeared at the BBC, the Village Voice, the World Economic Forum, MIT Innovations Journal and beyond.