This feature is an excerpt from a new book out from Viking, Streetfight: Handbook for an Urban Revolution, by Janette Sadik-Khan, former commissioner of the New York City Department of Transportation, and Seth Solomonow.

I love the smell of asphalt, its acrid odor, its superheated shimmer and sticky texture as it tumbles from shovels and is flattened by screeds. Most of all, I love watching a crew transform a street in a few hours from a lunar landscape to a flawless mat as black as squid ink. In this regard, the tabloids got it right. I am wacko, although my partiality to heavy infrastructure helped me as commissioner.

Maybe this love of the inner workings of cities comes from my great grandfathers, who helped build the viaduct over the rail tracks on Manhattan’s Park Avenue and laid the tracks for the Denver & Rio Grande Western Railroad. Their passions are the creosote in my bones, and probably why I love the scent of the subway’s railroad ties.

Some of my favorite memories from this period were of filling potholes with Staten Island borough president James Molinaro. Staten Island is the least dense and most car-dependent borough in the city, and transportation is one of the most sensitive issues for its 472,000 residents. The ferry aside, Staten Island has the least developed public transportation system and no subway or train connection with other boroughs. Its streets were built in a hurry after Robert Moses oversaw the Verrazano-Narrows Bridge opening in 1964, but most of its roads lack a concrete base. Its few main roads and lack of grid road network were never expected to carry the volumes of traffic that now strafe it daily, making the system painfully vulnerable to disruption by a single breakdown.

While we made headlines in other boroughs by building bike lanes and plazas, and were accused of social engineering by the Brooklyn borough president, across the Narrows on Staten Island we were all-infrastructure-all-the-time. Staten Island was the target of some of the city’s largest infrastructure investments, including a $175 million rehabilitation of the ferry terminal, whose ramps had not been updated in more than fifty years. Molinaro was legendary for importing transportation ideas he saw on vacation in Sarasota, Florida. Overhead street name signs that can be seen from hundreds of yards away, stop signs outlined with flashing red lights to make them more visible, smart traffic signals equipped with sensors that turn green only when they detect traffic, crosswalks paved with brick-style materials. Being responsive to Molinaro’s requests helped create goodwill and paved the way when we came back with big asks, like Select Bus Service with dedicated lanes along Staten Island’s main street, Hylan Boulevard.

Our infrastructure summits with Molinaro sometimes lasted hours and often included a stop at the local pizza parlor or deli for a real Staten Island lunch, then decamping for handmade pastas and fresh mozzarella at Pastosa Ravioli to bring home. I enjoyed the trip to Staten Island, boarding the ferry five minutes from my office at the southern tip of Manhattan, often greeting deckhands, and ferry captains, a commissioner perk. The ferry is an extraordinary form of public transportation for seventy thousand people every weekday. It’s also a workplace for some four hundred transportation department employees. Some grew up working on fishing vessels out of Brooklyn’s Sheepshead Bay. A growing number were professional mariners who came through Kings Point or the State University of New York’s maritime school. The latter school’s former commandant of cadets, Captain Jim DeSimone, ran the ferry during my tenure. He commanded the respect of the deckhands, mates and marine engineers as well as that of budget eggheads and administrators. Captain DeSimone took over the ferry system following the 2003 ferry tragedy, years before my time, when eleven people lost their lives after a ferry pilot blacked out at the controls as his vessel bore down on St. George’s ferry terminal. DeSimone helped reorganize and professionalize the ferry operations into the most efficient system of its kind in the world.

The Staten Island infrastructure love didn’t get much play outside of the borough. If transportation were covered in media proportionally to the actual dollar investment, building bridges and paving streets would be daily front-page headlines. We knew that we could not get the political leeway to reorder the streetscape unless we had mastered the basic stuff of city care. Throughout my time as commissioner, New York City witnessed numerous spectacular infrastructure failures — a steam pipe explosion on Lexington Avenue in Midtown, numerous water main breaks, and city-altering floods from storms like Sandy — that were constant reminders of the cost of disinvestment and potential price of replacement. And that’s where most city investment goes: into its guts. Virtually all of city transportation departments’ budgets go straight into repaving streets, producing asphalt, and maintaining and rebuilding roads and bridges.

Paving New York is a dirty, expensive business, at $1 billion over six years. One thousand lane miles are paved each year. Paving asphalt in New York City is produced from stone mined in quarries up the Hudson River — massive boulders and outcroppings of solid stone cracked, crushed, refined, and smoothed into minute, round pebbles called aggregate. Heated up to more than 200 degrees and combined with a tar-like asphaltic cement, the mixture becomes a sticky, almost culinary mélange of material that is laid on top of the city’s concrete base, like an asphalt mat. Many miles of asphalt weren’t made from scratch but remade, literally, from other streets. New York City greatly expanded the use of asphalt recycling, which involves replacing some of the virgin asphalt material with old pavement that has been scraped off the street before laying new asphalt. Thanks to many experienced and innovative leaders at DOT, New York City now produces asphalt with 50 percent recycled content, recycling more than 1 million tons of materials in the last seven years. We could rip up a street in Manhattan, reconstitute some of the old asphalt into fresh blacktop, and lay it out in Brooklyn. Reducing the amount of new asphalt required to pave streets saved 174,000 tons of milled asphalt from winding up in landfills each year and eliminated the need for 840,000 barrels of oil, also saving money on landfill fees. Trucks full of crushed asphalt drive 321,000 miles every year en route to landfills, producing needless emissions and damaging the region’s roads. The recycling program saved $60 million over six years.

If transportation were covered in media proportionally to the actual dollar investment, building bridges and paving streets would be daily front-page headlines.

The success of this approach led us to propose the purchase of a second asphalt-making plant to augment our sole facility in Red Hook, Brooklyn, instead of buying extra asphalt from private companies at much greater expense. After a lengthy negotiation and years of research, modeling, and approvals, we acquired the second municipal asphalt plant near LaGuardia Airport in Queens that increased city asphalt production by 50 percent. We also experimented with asphalt that could be applied at lower temperatures, reducing the energy needed to keep it warm, and we used no-emission electric screeds to spread the asphalt evenly. Taking over this asphalt plant and changing the formula for what we laid on our streets would never have happened without aggressive advocacy and detailed economic analysis.

Reporters started to figure out the counterintuitive fact that bike lanes and plazas were the budgetary equivalent of change found between the sofa cushions compared with our road infrastructure investment. A headline in the New York Observer asked, “Janette Sadik-Khan Is the Best Mechanic the City Streets Have Had in a Generation — So Why Do Motorists Hate Her So Much?”

“‘She has done more for drivers than anyone since Robert Moses,’ one anonymous transportation professional told the Observer. Rarely is that comparison a complimentary one — Janette Sadik-Khan has long been dubbed Mrs. Moses, but it is by those who disagree with her programs and (often very successful) tactics.”

My hero in that story? James Molinaro. “I have 5 percent of the city’s population, but 18 percent of its registered motor vehicles,” Molinaro told the reporter. “She has been an asset to Staten Island, as far as I’m concerned.”

A child cools off in the East River during a visit to the Brooklyn Bridge Park in New York. (AP Photo/Mary Altaffer)

In addition to being a city of asphalt roads, New York is a city of bridges and islands, and we invested $6 billion on the repair and rehabilitation of our bridge inventory alone, for the first time either restoring each of the 788 city-owned spans to a state of good repair or launching multiyear rehabilitation projects. Until you’ve seen the bridges, cables, anchorages, viaducts and tunnel water mains along with their production facilities, metalworking and sign shops, you cannot fully appreciate the complexity of a city’s infrastructure and the considerable expense of maintaining it at all times and in all weather.

After I helped secure federal funding for bridge inspection and maintenance, Dr. Bojidar Yanev, DOT’s top bridge engineer, agreed to take me to the top of the Brooklyn Bridge towers. One late-spring morning we walked up one of the long necklace cables, starting at six a.m., shortly after first light. I’m an adrenaline junkie and love to bungee jump, zip-line and climb glaciers. But I was about halfway up the first cable when my heart seized in my throat. Something about the exposure and the sight of barges in the East River hundreds of feet below stopped me in my tracks. I felt a quick panic, as if I were drifting away. Yanev knew exactly what to do to pull me back into the moment. He brought his face within a foot of mine. I heard the words “Look into my eyes,” in Yanev’s resonant Romanian accent. His eyes pierced deep into me, drawing me back. He walked backward step by step, talking to me directly while we ascended. Eventually I regained my breath and composure. My strength rose with every step and with the sun. When we arrived at the top of the tower, relieved, Yanev reached into his bag and pulled out a beverage and a couple of bagels. We toasted the morning, one of the most spectacular I’ve ever known. That episode was the first of many visits that took me to the top of all of DOT’s East River bridges, including the Verrazano-Narrows and George Washington Bridge, experiences that have only made me more passionate about infrastructure. 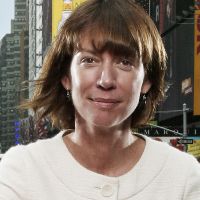 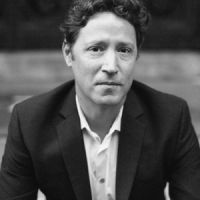 Seth Solomonow is a manager with Bloomberg Associates. He was the chief media strategist for Janette Sadik-Khan and New York City’s transportation department under Mayor Michael Bloomberg. A graduate of Columbia University Graduate School of Journalism, Solomonow has written for The New York Times and his hometown newspaper, The Staten Island Advance. He lives in Brooklyn, New York.