A statue of Robert E. Lee in Charlottesville is covered. (Photos by Elgin Cleckley)

Reflecting on remaking the spaces that white nationalists bloodied.

Let’s go for a walk around downtown Charlottesville, Virginia. We will start a few steps from my home, on the corner of East Main Street and Fifth Street. Head up to Fifth, take a right on Market Street and we arrive at the parking garage where, on August 12, white nationalists armed with sticks and poles viciously beat a Charlottesville teacher’s aide named DeAndre Harris. We’ll stand at the unremarkable entrance where they surrounded him just before the now notorious Unite the Right rally began. We will notice the police headquarters next door, visible through the slits in the precast garage walls. Are the stains below our feet on the concrete floor his blood, or just fluids from cars?

We head back out on Fifth and continue one block north to Justice Park. There stands a statue of Stonewall Jackson shrouded in a black tarp. The cover came 11 days after Harris felt the first pole crash down on his head. We then head west on Jefferson for three blocks to Emancipation Park and notice another large black mass. It feels like a surreal take on Christo. It is the statue of Robert E. Lee, another oxidized confederate riding a horse, another black tarp. The parks used to be named for their statues. Now they are named for the ideals we are supposed to share.

We finish our walk by heading two blocks south and two blocks east to the corner of Water and Fourth streets. We are once again close to my home. It’s an intersection I have crossed thousands of times and now, a site of terror. It is the intersection where a Dodge Charger driven by a suspected white nationalist rammed into a crowd and killed Heather Heyer. In five weeks, it has become consecrated ground, visited by a daily stream of mourners who come to pay their respects. These new sites of memory surround me. August 12 is inscribed in my every day.

A large tarp shrouds a statue of Stonewall Jackson.

I am an African-American resident of Charlottesville, an alumnus of the University of Virginia and a UVA architecture professor. For as long as I can remember, I have moved through my city with a sensitivity to the built environment. But since August 12, I sense a new vibration in the air. The songs of the cicadas feel stronger. Their buzzing reminds me of the constancy of nature as we attempt to figure out how to reconcile what has happened and how to move forward. The sight of a young black resident of Charlottesville getting her face painted on the Mall with her family registers differently now. The smiling girl and her family are in the Citizens Common, two blocks from monuments that people fought for on the day that Heyer died and Harris bled. I wonder how she received the news. What does she think of us?

Public monuments are supposed to reflect the cultural values of the places that host them. In Charlottesville, the discussion of whether to keep, remove or add context to symbols of white supremacy started long before August 12. More than a year earlier, the City Council established a Blue Ribbon Commission on Race, Memorials and Public Spaces and began the process that would end in a decision to take down the monuments and redesign the parks with a new memorial to the enslaved people who laid the foundation for the city we walk today. The auction block where they were sold, also located in the downtown park area, has been promised a new plaque. The work of the council and the commission has been markedly brave and courageous. Still unknown is how it will reshape these history-scarred places. In June, the city released a request for proposals for a master plan for the parks. Prospective applicants were instructed to acquaint themselves with plans from the Equal Justice Initiative for the nation’s first memorial to lynching victims in Montgomery, Alabama, and “the potential to incorporate elements of that initiative into the design(s).” Proposals were due August 17. The city has not yet said if August 12 altered the timeline for the redesign of the parks, or if the RFP will be reopened. The world is waiting, and watching.

As I search for next steps as a designer, I go deep. I think of the adversities I faced as a UVA student at a time when there was little mention of the role that slavery played in the construction and day-to-day life of the university. Images of white nationalists stampeding over the same lawn where I walked to receive my diploma are forever burned in my mind. Some 25 years later, I am directing an exhibition with a team of students based on the historical life of enslaved laborers at UVA. I have asked for help and understanding from African-American elders, and have been moved by their stories. I have analyzed images from the civil rights movement, amazed by the confidence of nonviolent protesters in their Sunday best staring down the face of intense hatred. I have absorbed quotes, posted throughout the city on black banners as a tactical response to August 12. The words of Kofi Annan on the north face of the Rotunda, cast over the statue of Thomas Jefferson, remind us “to confront ignorance with knowledge.”

The words of Kofi Annan on a sign on UVA's campus

Only a few weeks before August 12, I flew to Ghana and visited the infamous Cape Coast “slave castle.” I stood in a dungeon where enslaved Africans were kept before being loaded onto ships bound for auction blocks like the one on the edge of Justice Park in Charlottesville. I recall slipping on the slick floor’s sedimentary layer of feces, food, vomit and blood after our tour guide switched the lights off. Looking up at a small opening of light in the darkness changed my perspective forever. Standing at the “door of no return,” where my ancestors took their last steps on African ground before their exile to America and South Carolina, my home state and the site of my family’s ancestral plantation, I took in the sounds. Just days later, my travels would take me to slavery’s profit centers in the United Kingdom, completing all three points on the transatlantic triangle for the first time. In Glasgow, as I considered the vast scale of a tobacco lord’s property, my mind drifted back to a quote from Martin Luther King that I used at a UVA graduation ceremony. I felt energy pass through me as I read these words in the McIntire Amphitheatre (named after philanthropist Paul Goodloe McIntire, commissioner of both the Robert E. Lee and Stonewall Jackson statues) in the shadow of McGuffey Cottage (where enslaved laborers once lived). “Let us realize the arc of the moral universe is long, but it bends toward justice.” I reflect, and it helps the healing, giving the fuel for the soul, for change.

The intersection of Water and Fourth streets has become a makeshift memorial.

Actions began at the intersection of Water and Fourth streets immediately after the car attack. Visitors called it “Heyer Park,” a moniker scribbled in chalk on the brick buildings. Containers of chalk stood ready to be used by mourners to record their thoughts and emotions on the pavement. Their words climbed like vines up the surrounding walls. Flowers immediately began to mark the zone of the attack, and evolved into potted plants complete with watering cans. A makeshift floral arrangement marked a pathway so that delivery trucks knew where to turn into a nearby alley. The UVA Department of Music, where the white nationalist provocateur Richard Spencer received his degree, placed two music stands there. I visited, hoping to see someone perform. The tactical urbanism had people imagining the space permanently closed to traffic and remade into another new memorial.

Around the corner, Silverchair CEO Thane Kerner hung a 40-foot, black-tarp banner on the software company’s headquarters, displaying a Robert F. Kennedy quote from a speech he gave a day after the 1968 assassination of Martin Luther King: “This is a time of shame and sorrow. It is not a day for politics.”

The design act symbolically allows for erasure while we wait to see what will come next. In City Hall, movement continues. On September 6, a final unanimous decision to remove the statues was made. The city acts, and it tells me to do the same, to design with the highest level of creative intention.

Any day now, Fourth Street will reopen to traffic. All the elements of “Heyer Park” have been removed. And to be honest, I still get nervous when I cross Water Street, in plain view of the site of the car attack on Fourth. I have flashes of bloodstains united through time, in the Charlottesville garage, and in the slave dungeon. But still I act. Still, we act. On the evening of August 12, a former student wrote me a personal email about the season to come: “I’m so excited for you to have a new batch of students to inspire this semester — to inspire amid a chaotic time of unwavering love in the face of hatred.” I responded: “Fired up, ready to go.” 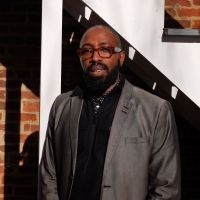