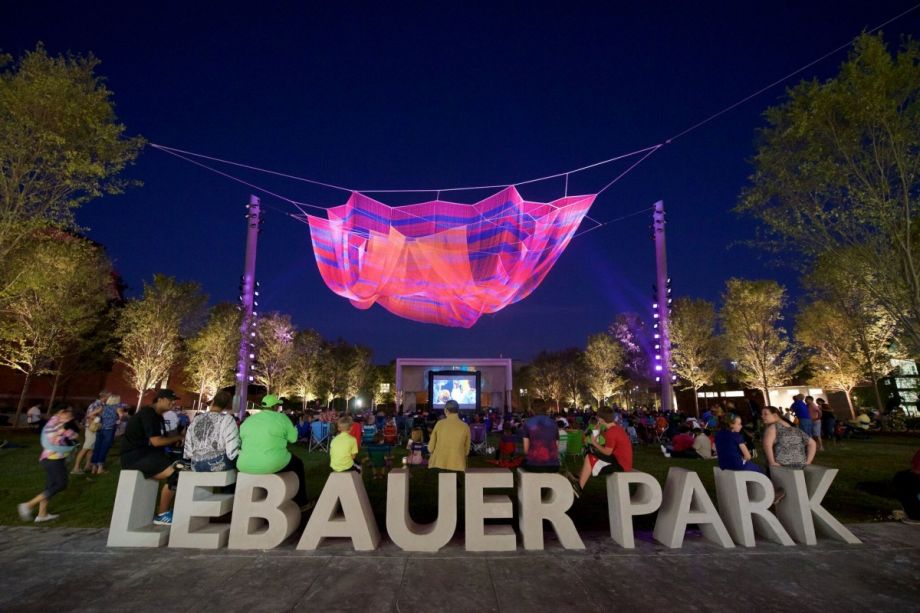 Chancellor Gilliam and Chancellor Martin highlight Greensboro’s approach to talent growth, including relationships with peer higher education institutions, workforce development for residents, and place-making. Conversation moderated by Next City Executive Director Lucas Grindley at LeBauer park in Downtown Greensboro. This event is free and open to the public. 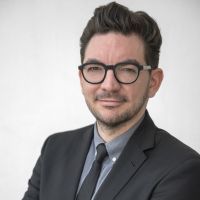 Moderator
Lucas Grindley, Executive Director
Lucas is the former President of Pride Media and led LGBTQ brands The Advocate, Out magazine, PRIDE.com, Out Traveler, Chill magazine, and Plus magazine. Grindley was also editor in chief of The Advocate, the longest running LGBTQ magazine in the country. In both 2016 and 2018, NLGJA honored Grindley as “LGBT Journalist of the Year” with its Sarah Pettit Memorial Award. From 2008 through 2011, he was managing editor for online at National Journal magazine, covering politics and policymaking in Washington, D.C. He now lives in Philadelphia with his husband and twin daughters. He also serves on the board of directors for Extraordinary Families, a nonprofit helping create more families like his through foster-adoption. Follow him on Twitter @lucasgrindley. 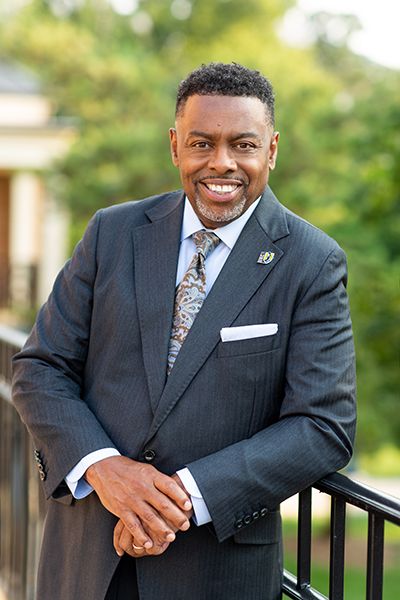 Keynote Speakers
Dr. Franklin D. Gilliam, Jr., Chancellor of University North Carolina Greensboro (UNCG)
Chancellor Gilliam brings to UNCG and the UNC System a wealth of experience from a career that spans more than 30 years in higher education. Since he joined UNCG in 2015, the school has surpassed a record 20,000 students; grown its endowment, research enterprise, and overall facilities and campus infrastructure; significantly increased its fundraising; and elevated the presence, reputation, and real-world impact of the largest university in the North Carolina Triad region.

Prior to UNCG, Gilliam served as Dean of the UCLA Luskin School of Public Affairs for seven years and was a longtime UCLA Professor of Public Policy and Political Science. His research focused on strategic communications, public policy, electoral politics, and racial and ethnic politics. As Dean of UCLA Luskin, Dr. Gilliam shepherded a $50 million naming gift and launched and executed an ambitious strategic plan and capital campaign, establishing the school as a regional leader in addressing and finding solutions to some of society’s most pressing problems.

Dr. Gilliam is the author of “Farther to Go: Readings and Cases in African-American Politics,” and his work has been published in many leading academic journals. He was honored with the 2015 Upton Sinclair Award by the Liberty Hill Foundation for his renowned work advancing civic engagement and commitment to issues of equity. Twice nominated for UCLA’s Luckman Distinguished Teaching Award, he has also taught at the University of Wisconsin-Madison, Grinnell College, and the University of Dar Es Salaam, Tanzania, and was a Visiting Scholar at Brandeis University. In addition, he taught at Columbia University, Fisk University, and — with former Vice President Al Gore — at Middle Tennessee State University.

Dr. Gilliam received his B.A. from Drake University and his M.A. and Ph.D. in Political Science from the University of Iowa. 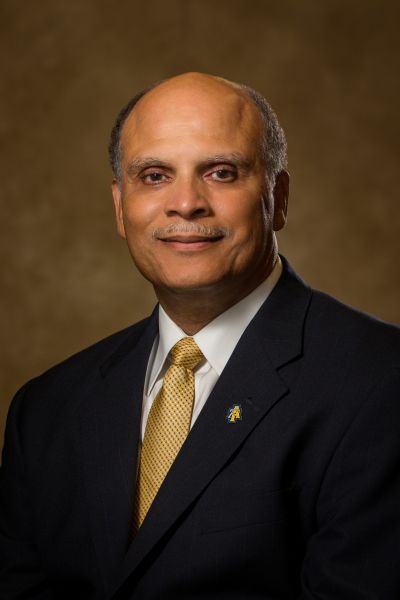 Martin has also been instrumental in establishing and fostering strategic partnerships such as the Joint School of Nanoscience and Nanoengineering at the Gateway University Research Park (South Campus) and playing a significant role in Opportunity Greensboro, the city’s alliance between the seven colleges and universities and the business community that is intended to make Greensboro a national model for collaboration in knowledge-based economic development.

Before his election as chancellor of A&T, Martin served as senior vice president for academic affairs for the UNC System. He also served as the 11th chief administrator and seventh chancellor of Winston-Salem State University and in a number of administrative posts at A&T including vice chancellor for the Division of Academic Affairs, dean of the College of Engineering and chairman of the Department of Electrical Engineering.

Martin was heralded as an education and business thought leader in TIME magazine’s August 2020 edition of The Leadership Brief. In 2019, he was honored by the Thurgood Marshall College Fund with the Education Leadership Award, and in 2017 he was named America’s most influential HBCU leader by HBCU Digest, which came on the heels of him being named one of the Triad Business Journal’s 2016 Most Admired CEOs. The Winston-Salem, N.C., native received his B.S. and M.S. degrees in electrical engineering from A&T and a Ph.D. in electrical engineering from Virginia Polytechnic Institute and State University. He is a member of Tau Beta Pi (The Engineering Honor Society), Eta Kappa Nu Association, The Honor Society of Phi Kappa Phi, Beta Gamma Sigma and Alpha Phi Alpha Fraternity Inc. 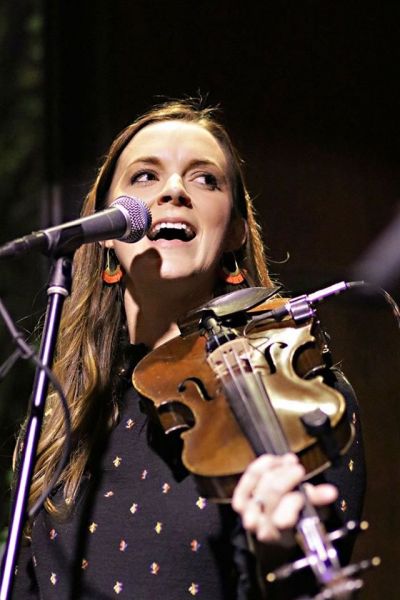 Kate Tobey | musician, storyteller, creative director
Kate is a vocalist, instrumentalist and multimedia storyteller with 10+ years of experience working in journalism, creative production and music—from leading video and emerging  platforms production at the Washington Post to building an award-winning creative content studio, to designing innovative experiences in wellbeing and the creative arts. She collaborates with musicians, artists and brands to build community and fuel creative culture, and performs regularly with various musical artists in the North Carolina region, including at the N.C. Folk Festival. 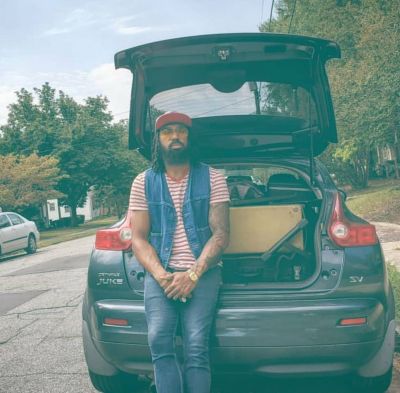 J Timber
Originally from Queens, N.Y., J Timber is a standout musician in the North Carolina scene who always brings a soulful performance—whether he's playing guitar, drums, cajon, djembe or singing in English or Spanish. He has shared the stage with the likes of Boyz II Men, House of Fools, Leon Russell, Elle King, Shelby J., Thunder Jackson, Afika Nx and more, and attended the prestigious Red Bull Music Academy. He continues to hone his craft and is also a founding member of the production house SongCAMP. 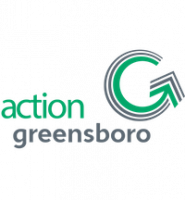