Join Next City, Ninth District Councilwoman Cherelle Parker and WURD Radio 96.1FM and 900AM for an evening at Relish. 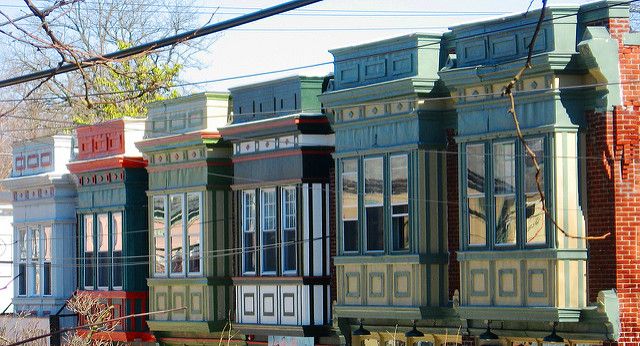 Join Next City, Philadelphia’s Ninth District Councilwoman Cherelle Parker and WURD Radio 96.1FM and 900AM for the second event in our Philadelphia in Flux series.

New data and reporting produced as part of the series will drive a moderated, interactive discussion about East Mount Airy’s recovery from the mortgage crisis and the future of the city’s middle-class neighborhoods. Audience participation will be encouraged and the conversation will be live broadcast.

This event is free and open to the public. Drinks and appetizers will be served. You must RSVP below to attend.

Ariella Cohen
Editor-in-Chief, Next City
Ariella Cohen is an award-winning journalist with 11 years of experience reporting on urban change, politics and policy. Prior to joining Next City, she co-founded New Orleans’ first online investigative news outlet, The Lens, and worked as a staff reporter for the Brooklyn Paper in New York. She has reported on disaster recovery, urban development and city politics in Port au Prince, Jerusalem and in cities across the U.S. She prefers the bus.

Solomon Jones
Host, “Wake Up With WURD”
Solomon Jones is an Essence bestselling author and award-winning journalist who has been featured nationally on NPR’s “Morning Edition,” CNN Headline News, in Essence magazine and in a Verizon advertising campaign called “Realize,” which spotlighted entrepreneurs who overcame adversity to succeed.

Emily Dowdall
Chief of Development and Policy Implementation, Reinvestment Fund
Emily Dowdall oversees business development for Policy Solutions, as well as conducting research and working with clients to apply the results of that work in support of their efforts to make data-based decisions around the effective application of resources and programs. Prior to Reinvestment Fund, she held the position of officer with the Philadelphia Research Initiative (PRI) at the Pew Charitable Trusts. 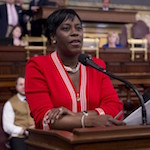 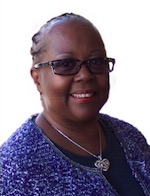 Diane S. Richardson
Managing Director and CEO, Richardson Group Senior Citizens Living Quarters, Inc.
Diane S. Richardson is the Managing Director and CEO of Richardson Group Senior Citizens Living Quarters, Inc., a Pennsylvania State Licensed facility located in the lower North East section of Philadelphia. The Richardson Group has been an established business since January 2002. As the Director of an all-male facility of 20 senior citizens veteran and SSI residents, she is presently President of the Frankford Business and Professional Association, Committee person in the 50th Ward 15th Division, Block Captain of the Gilbert Street 79ers and chairperson of the Economic Development Committee here in her section of Mt. Airy. She is very community oriented and has served as a volunteer in the area for over 34 years. 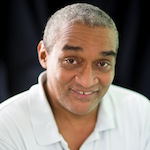 Sandy Smith
Journalist
Next City contributor Sandy Smith is the home and real estate editor at Philadelphia magazine. Over the years, his work has appeared in Hidden City Philadelphia, the Philadelphia Inquirer and other local and regional publications. His interest in cities stretches back to his youth in Kansas City, and his career in journalism and media relations extends back that far as well.

More panelists to be announced.

This event series is brought to you by Next City in partnership with WURD Radio 96.1FM and 900AM, and with the support of the William Penn Foundation.