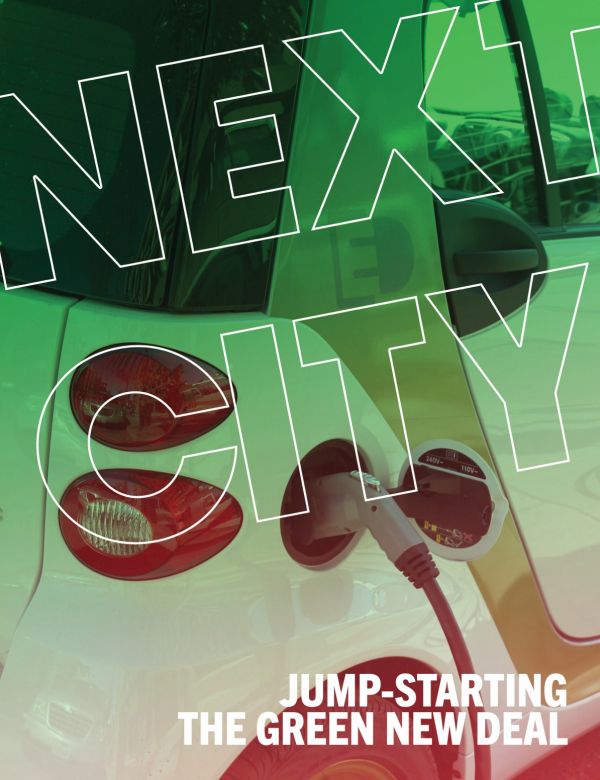 87 people have downloaded this ebook. Of those, 24 have contributed $256 so far.

The media has spilled much ink covering the Green New Deal, the ambitious but light-on-specifics policy package that promises to tackle climate change while guaranteeing new jobs in green industries.

Much of the coverage to date has focused on the grand aspirations: Net-zero emissions in three decades through trillions of dollars of investment. But this ebook contains the small. The modest. One company, one program. Just one idea at a time, but one that could be scaled up in every city around the country.

We hope these ideas inspire you to take your own small steps.

Thanks to our contributors Jared Brey, Chad Small and Senior Economics Correspondent Oscar Perry Abello for the reporting they did for this series. The stories in “Jump-Starting the Green New Deal” were generously supported by a Fund for Environmental Journalism grant from the Society of Environmental Journalists.

And as always, a special thanks to all of the Next City donors who make our ebook program possible.