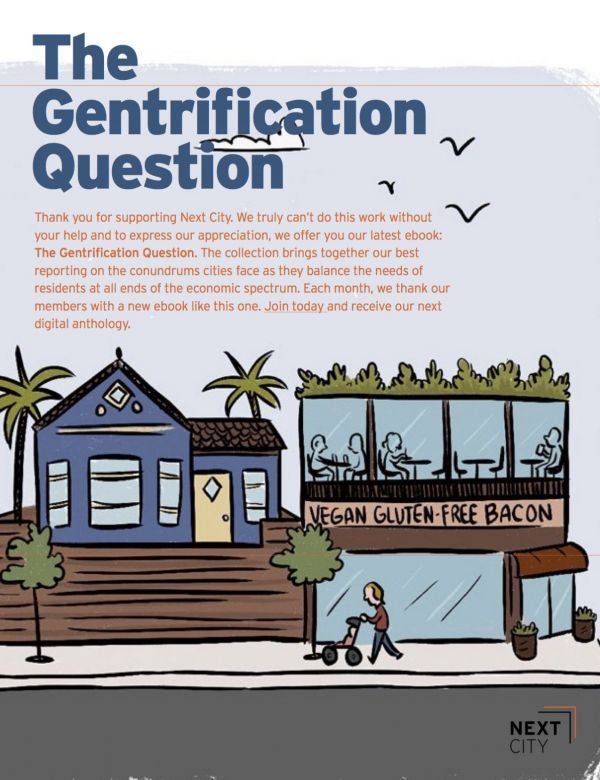 98 people have downloaded this ebook. Of those, 7 have contributed $35 so far.

This ebook brings together our best reporting on the conundrums cities face as they balance the needs of residents at all ends of the economic spectrum.

Articles include “Where No One Thought Gentrification Would Go,” “Oakland Wants You to Stop Calling It the ‘Next Brooklyn,’” “How Cities and States Are Fighting Gentrification’s Displacement Factor” and more.