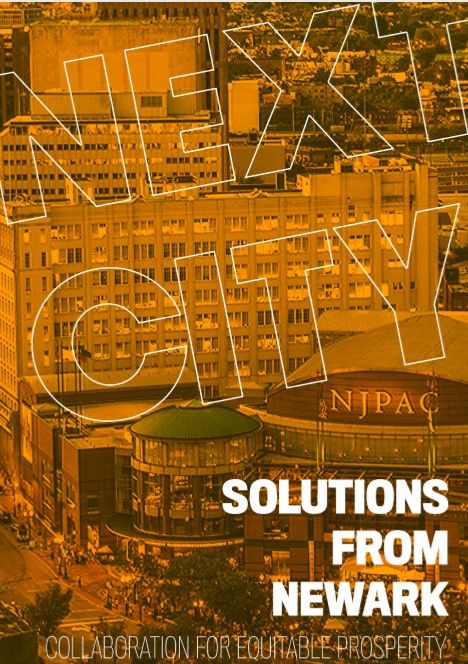 Download this ebook for solutions that push cities toward greater justice and equity and which are being modeled in the progressive city of Newark.

At Next City, we curate events as a necessary and inspirational complement to our in-depth journalism. We’ve consistently heard that the value of our programming comes when we bridge gaps and spur dialogue between often-siloed professions. We bring together artists, architects, entrepreneurs, activists, planners, lawyers, policymakers — all united in their love of cities and the belief in their future.

At Next City’s Vanguard Newark conference in June 2019, we encountered solutions in Brick City with lessons for so many other cities. The 13 stories assembled in this ebook illuminate both the long road that Newark has traveled and the promising work being done there in the moment. Featured pieces include “Developers Adjust to New Inclusionary Zoning Mandate,” “How Newark’s Newest Park Builds on Growing Momentum,” “A ‘Free People’s University’ in NJ Brings Residents Together,” “Why You Shouldn’t Underestimate a Tech Startup From Newark,” and more.

As Next City Executive Director Lucas Grindley says in the letter that opens this ebook, “Newark isn’t perfect. Leaders are right now grappling with how to eliminate lead in the water supply (and how to supply its residents with clean drinking water in the meantime), how to police equitably, and more. “ But he draws hope from the city’s leaders and their willingness to experiment and determination to push ahead. “Next City raises up places like Newark precisely because they are overlooked and because impactful solutions to equity will come from those who understand the struggle,” he says.

We hope the ideas detailed here inspire you to effect change in your own city.

Thank you, as always, to the many Next City donors who made this ebook possible.