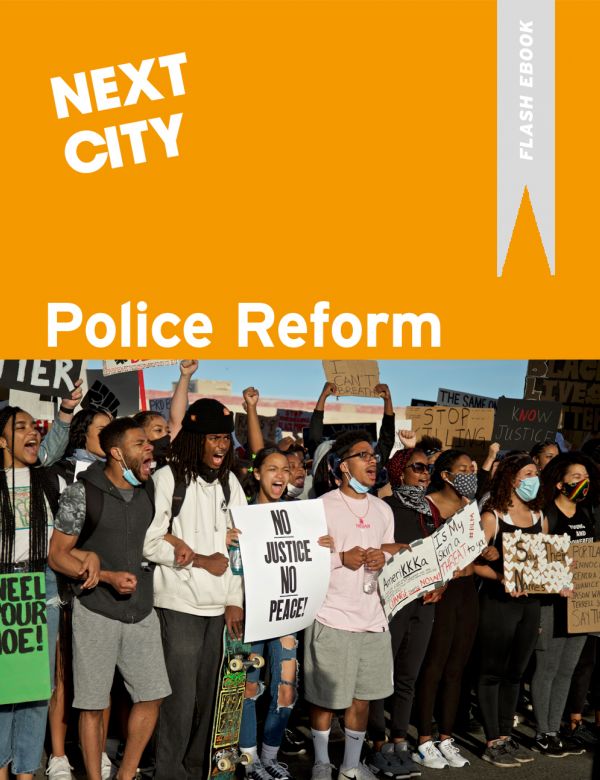 At Next City, our hearts are broken for George Floyd, whose life was taken by a now-former member of the Minneapolis Police Department. Our hearts are broken for Breonna Taylor and David McAtee. For Ahmaud Arbery and Sandra Bland and Eric Garner and Freddie Gray and Michael Brown. And so many more, some whose names we may never know.

We have a policing problem in America.

As the internet fills with images of trapped protesters tear-gassed by police, others beaten with clubs and worse, any “solution” to police violence may feel out of reach or fanciful. Calls to “abolish the police” or to begin by defunding deserve serious consideration. Even so, we've collected a number of stories from Next City’s reporting that highlight our readers’ efforts to slowly, painstakingly push forward for change.

Because yes, there are some evidence-based practices that seem to reduce police violence. You'll read about a number of them in the pages of this flash ebook. Stories include a look at Baltimore’s ongoing debate about arming school police, Milwaukee activists organizing to move money from cops to communities, and New York City teens sharing how the criminal justice system impacts their lives.

What’s so frustrating is that a “reduction” of violence is not an elimination, and one death at the hands of police is too many. Until we can eliminate systemic racism, there will be no true “solution” to state-sanctioned killing of our black neighbors. We offer up these stories as a gesture of hope, while acknowledging there is so much work to be done.