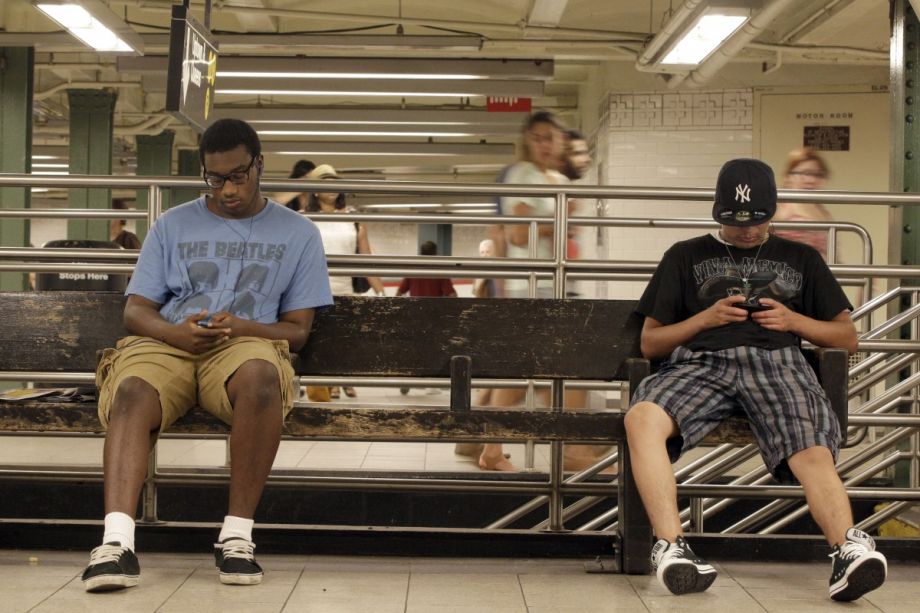 As demand for reliable cell service for calls and data increases, cities are having to get increasingly creative with the ways they ensure that service is reliable. New York City, long a tricky place to get a good signal, is hoping to turn a large portion of its 250,000 light poles into futuristic telecommunications hubs that will improve cell phone coverage, bring WiFi to more New Yorkers, and even help police and fire departments communicate quickly.

Putting radio access nodes on light poles — or traffic lights, for that matter — is nothing new. You can see small “cells” — a generic term for the low-powered radio access nodes whose signal ranges up to a few hundred yards — on lights in cities all over the country. (They often look like little boxes or cylinders.)

But what New York is trying to do is something new, says Alphonso Jenkins, deputy commissioner for telecommunications planning for the city. In part because the most popular locations for small cells are already full, the city has asked manufacturers for a pole that will accommodate up to four carriers.

“All the major carriers looking to densify their network have picked some of the more lucrative locations, close to marquee buildings and landmarks in the city,” Jenkins says. “Now those streetlight poles are saturated. You cannot add any additional equipment on those poles.”

Having multiple carriers on one pole is technically possible, but nobody’s done this yet, says Shashi Pemmaraju, director of product development at Ericsson. He is responsible for the development of the Zero Site — a light pole/cell tower developed by Ericsson and Philips — in North America. “I can potentially have up to six operators on a single pole,” he says. “You need to make sure the [operators] can coexist.” He says that cities have to work out who owns the shared elements on a multi-tenant pole, and the solution may be different for everyone.

Jenkins says New York “doesn’t want to … get into the business of managing street light pole real estate. We would rather be in the business of … having independent existing or future franchisees, they would end up owning the pole, creating the business model … and we would share in [the revenue.]”

The potential money isn’t insignificant. In New York (and other cities that lease out their infrastructure for cell operators), quadrupling the number of tenants using a pole can mean a quadrupling of the revenue. In Los Angeles, where the Ericsson-Philips partnership is a third of the way through installing 100 Zero Site poles, the project is self-funding and then some, according to a release from the mayor’s office.

The technology also means better cell service for everyone. In New York, it’s been popular to put up a “macrocell” (much bigger, with more capacity than the small cells mounted on light poles) on top of a skyscraper, but, says Jenkins, even macrocells aren’t cutting it anymore. New Yorkers’ demand for data is clogging the virtual tubes the Internet is made of, and now the strategy is to build a denser network of smaller cells.

The aesthetics are also important, so New York is asking manufacturers to design light poles that match existing historic ones. Think of the product as sort of the urban equivalent of putting up a large cell tower disguised as a tree — except that most of those “trees” are painfully, obviously, fake — and that these poles aren’t just disguised as lampposts but in fact are functioning LED light poles. The LED bulbs save a city money over traditional incandescents as well.

Pemmaraju says that another advantage of the product is its modular construction, with installation time just three hours per pole. “We’re talking about Hollywood Boulevard,” he says. “Extremely dense, a lot of traffic. Any disturbance to traffic — and disturbance is inevitable — we want to do it in a way that is least impactful.”

New York says that integrating small cells and light poles to improve consumer cell service is just the beginning. Jenkins hopes the designs New York is requesting will also help densify public safety communications networks and even bring more public WiFi to residents. And Ericsson’s Lev Noryan, a sustainability program manager, wrote that “the true smart city will come when we … [leverage] the ubiquity of small cell integrated light poles and use these networks for self-driving cars and smart traffic, weather and air quality sensing, next gen alarms and emergency help signals, city monitoring and support.”