Why Zaha Hadid Inspired Awe and Questions – Next City 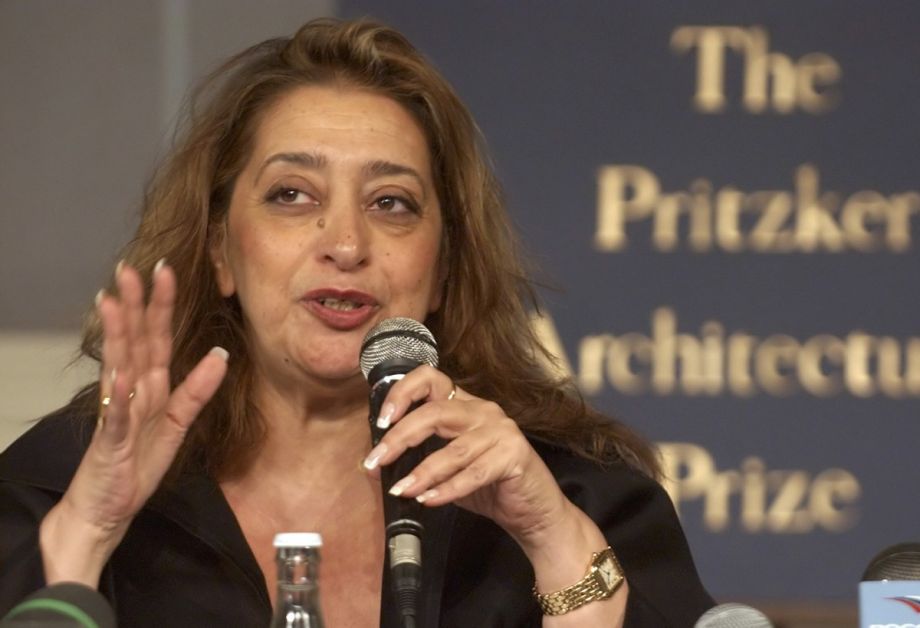 I cannot remember when I last visited Zaha Hadid’s website before last week, when we heard the news about her sudden death. It’s not because I don’t admire her, but after years of focusing my professional practice on urban design, I think I just stopped looking up to “starchitects” — and that is how many would describe Zaha Hadid. I always kept an eye on Hadid’s work though, because I think of her as a designer with a strong voice, and a trailblazer for women in architecture.

Although her work proliferated globally during my education and early formation as an architect, understanding her work was never an easy task. Her designs always were visually compelling and unique — both her graphic style and the dynamic spaces that she was able to imagine. I remember so clearly my visit to Vitra Fire Station about a decade ago (Hadid’s first major commission, built in 1993 when she was in her early 40s). I had never visited a building like that before — both strong and elegant, sharp and fragile, a bold and complex piece made of concrete and glass. Although the original function of the building had changed, the aesthetic, light treatment and material quality of the building made the space quite memorable.

I was still in architecture school when Hadid was awarded the Pritzker Architecture Prize in 2004. I think this was a game-changing moment for all women in the profession. I started learning more about her; I was fascinated by her background in mathematics, her design process that integrated paintings and her previous work (mostly unbuilt). I guess at that moment, I had a strong desire, like many other females around the world, to become a Zaha.

Her narrative constantly alluded to her obsession with innovation and discovery, and not surprisingly, her practice has been noted for its significant commitment to research as part of the design process. Although she thought that “you cannot teach architecture, you can only inspire people,” being an educator for over 30 years both in Europe and the United States provided her with the opportunity to influence entire generations of designers.

Since the 1990s, as computer modeling software advanced, Hadid’s office was able to give shape to multiple fluid forms. Her architecture rapidly evolved both in aesthetic expression and scale. It was fascinating seeing pieces such as the Bridge Pavilion in Zaragoza (2008) inspired by the flow of water and light shaping new and exciting experiences for its visitors. Bigger and more complex projects followed in Europe, Asia and the Middle East — many of these cultural and civic buildings. The growth of her practice was to be celebrated, yet I can’t help but perceive a dramatically changed design process, likely due to the amount of projects, scale and pace at that which they were being delivered. It was after seeing projects such as Galaxy Soho in Beijing (2013) that I would start questioning the prioritization of radical innovation through form by compromising urban connectivity and pedestrian-scale spatial quality.

More recently, her projects have been controversial and come under public scrutiny: The Al Wakrah Stadium in Qatar (2015) put Hadid repeatedly in the news owing to the scandal of a government accused of serious human rights abuses of construction workers. And the government of Japan requested her Olympic Stadium be downscaled before scrapping the project. The unfortunate circumstances surrounding these projects is a reminder that architects should not forget the cultures and contexts that they design for amid their process.

I will always be amazed by Hadid’s prolific production of architecture, and her constant explorations of form and invention full of ambition and determination to push the boundaries of what architecture is “supposed to do.” I continue to crave her genius; my latest visit to one of her buildings was during one of my explorations in the Midwest, Broad Art Museum in Lansing, Michigan (2012). I enjoy her work the best at this scale — the human-centered scale. At the scale where I can grasp the complexity and fluidity of elegant and bold forms. One of the greatest aspects of Hadid’s legacy has been her intellectual independence and relentless efforts to project her design work into the world — and to remind us that the future of architecture is always at the reach of our imagination.

Paola Aguirre is an architect and urban designer from Northern Mexico, and founder of Borderless, an urban design practice based in Chicago, and The Borderless Workshop collaborative initiative that focuses on the U.S.-Mexico border region to further the understanding of cities by looking for intersections between architecture, urban design, infrastructure and ecology among the border conditions. Aguirre is also a Next City Vanguard.