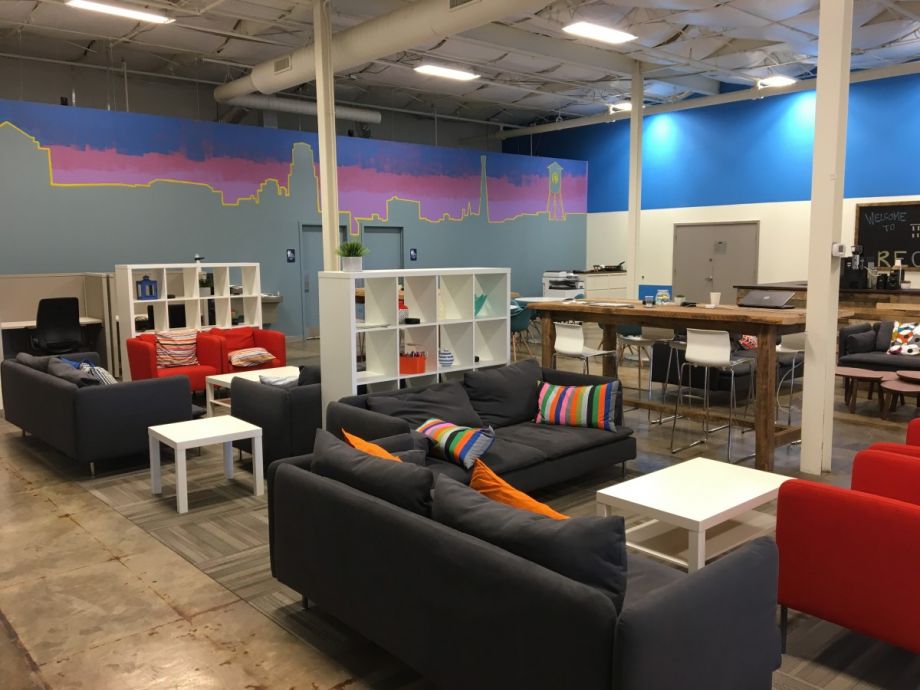 Durham's ReCity is part of a growing movement of nonprofits sharing space in order to encourage collaboration.

In Durham, North Carolina, over 4,000 residents ages 16 to 24 are neither in school nor employed, and appear to be heading for not-so-promising futures. On top of that, the 400 or so organizations that help these “disconnected youth,” as they’re called, have in many ways been disconnected from one another, often working alone and duplicating activities.

One potential solution is ReCity, a youth employment incubator in Durham that formally launched in September. By gathering a range of nonprofit, for-profit and faith-based groups under one roof, there’s hope that the common space will foster relationships and result in partnerships and shared information.

In fact, ReCity is part of a growing movement of organizations intentionally sharing space in order to encourage collaboration. According to the Denver-based Nonprofit Centers Network, which helps North American groups join forces, there were almost 400 nonprofit co-working spaces in the U.S. and Canada in 2015, almost double the 2011 number.

ReCity was born from a long process that began in 2012. That year, Durham was the recipient of an IBM Smarter Cities Challenge grant, which sends a team of experts to a municipality to study a particular problem. In this case, the topic was the city’s disconnected youth, as chosen by Durham’s Mayor Bill Bell. For six weeks, professionals talked with stakeholders throughout the city. Their conclusion? Among other things, the many organizations working on the issue were fragmented and needed to coordinate their activities.

Around the same time, the Summit Church, one of the area’s biggest churches, was looking to get more involved in the city from a service perspective. After meeting with Bell and reading the Smarter Cities report, Summit hired Shields to create a physical space where the city’s youth-focused groups could come together.

ReCity was established in 2014 with just a name and a single employee.

“I spent two years looking for a space, networking and gaining trust,” says Shields. He met with organizations working on the issue to learn their needs, and studied potential models, including Durham’s American Underground, a super-successful tech hub for startups.

Finally he found just the right space — 12,000 square feet in a low-slung brick building near downtown — and retrofitted it to meet ReCity’s needs, adding conference rooms, individual offices, a “bullpen” and a lounge. The result is a large, open facility featuring exposed brick and a variety of colorful seating arrangements designed to spur interactions. And a coffee bar, of course.

The cheerful, contemporary atmosphere instantly attracted Syretta Hill, executive director of StepUp Durham, an employment training organization. “A lot of the time when they work with marginalized populations, people don’t consider the space. Either it looks institutional, or just not welcoming and affirming and bright,” she says.

Shields specifically sought out collaboration-minded groups to be ReCity’s earliest members, and StepUp was one of the first to join and work out of the space after a soft launch in April.

The decision bore results quickly. StepUp wanted to organize a job training workshop for young people, but hadn’t yet gathered a group of eligible teens. Meanwhile, Partners for Youth Opportunity, another early member, works closely with teens, but doesn’t specialize in employment training.

Aided by Shields — who likens his role to that of a matchmaker — the two groups started talking, and then working together. By the end of the summer, all 28 kids from the training were in paid internships. “We had such a good experience that we decided to expand our relationship and serve more kids next summer,” says Hill. “That wouldn’t have happened without ReCity.”

It’s particularly useful in an era of reduced funding for nonprofits and a subsequent emphasis on collaboration. “Right now we’re all kind of working beside each other and reaching out and holding hands once in a while,” says Julie Wells, executive director of Partners for Youth Opportunity. “But I think as it develops, we’ll look more comprehensively at what are the gaps in our community, and do we have the ability — together and separately — to cover some of those gaps.”

Today, ReCity has two staffers and 30 member organizations, 22 of which use the space on a regular basis; eventually it hopes to house 100 senior staffers from different groups. Already, 30 percent of ReCity’s budget is covered by facility revenue, close to the goal Shields had hoped to hit three years from now. The rest of the budget is covered by funders that include Summit Church, though the institution no longer takes a lead role.

The concept seems like a no-brainer. But Lara Jakubowski, executive director of the Nonprofit Centers Network, says it doesn’t work for every organization. “It’s a complex social enterprise,” she says. Not every group has a ReCity to facilitate operational details like managing a property, collecting rent and setting prices, while simultaneously promoting collaboration. The financing can be tricky, and funders don’t always understand the benefits of sharing space. And for big groups, the advantages don’t always outweigh the headaches.

“I still think organizations of all sizes need to collaborate, but it’s just like anything: The model doesn’t work for everybody,” says Jakubowski.

Amanda Abrams is a freelance writer based in Durham, North Carolina. Read more about her at amandaannabrams.com.