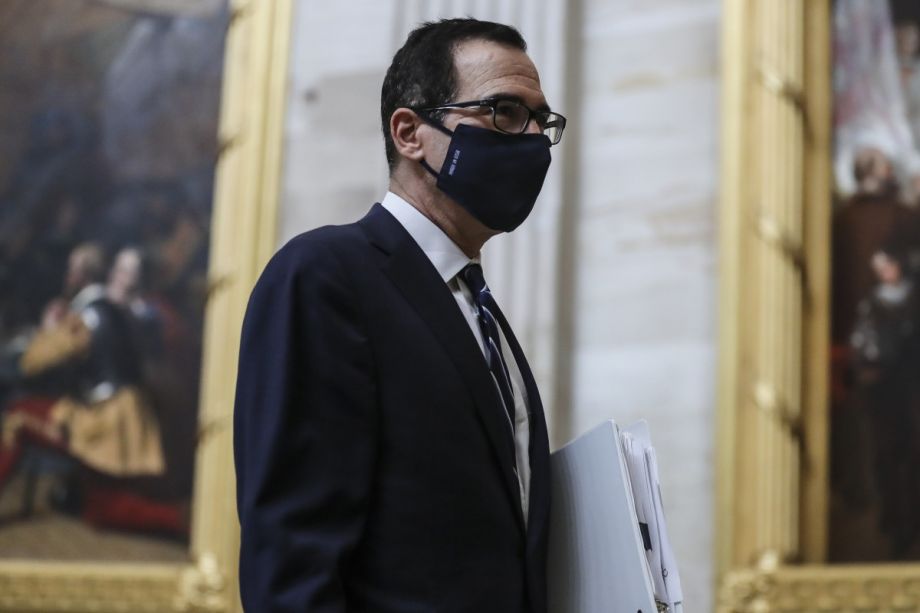 High-level GOP politicians and administration members, including Treasury Secretary Steven Mnuchin, have been pushing the theory that the $600 supplement to unemployment benefits, which unemployed Americans stopped receiving about two weeks ago, encourage workers to stay home rather than work. But, Salon reports, numerous studies, including a recent Yale study, debunk that claim, finding that workers receiving the supplement “have returned to their previous jobs over time at similar rates as others.”

Another study, by researchers at the New York Federal Reserve and the University of Pennsylvania, found that in general, employers weren’t finding it harder to hire for vacancies after the CARES Act was passed. Anecdotal evidence does point to some low-wage employers having trouble filling openings, but on average, the studies said that employers didn’t have trouble recruiting. In addition, the income from the expanded benefits has boosted the economy and prevented millions from falling into poverty. More than 30 million people are currently receiving some sort of unemployment benefits, the Washington Post reports.

A Chicago Fed study even found that people receiving benefits typically look harder for jobs than people who are unemployed but whose benefits have run out, although that study used data from 2013 to 2019, so those findings don’t take into account the effects of the $600 supplement.

The $600 supplement officially expired on July 31, though most unemployed Americans received their last supplement the week prior. Congressional Republicans are proposing a smaller supplement of $200 per week although Democrats want the full $600 for now.

Thursday, the Department of Labor reported that 1.2 million workers filed new unemployment claims, and 656,000 freelancers and part-time workers applied for benefits as well. It was the lowest total since March, the New York Times said, but the 20th week in a row that unemployment claims have topped 1 million.

As Pandemic Drags On, No Clarity Yet for Gig Workers in California

A judge is expected to rule in “a matter of days” on whether Uber and Lyft need to begin immediately treating their drivers as employees in California, TechCrunch reports.

California Attorney General Xavier Becerra, along with city attorneys from Los Angeles, San Diego and San Francisco, had asked California Superior Court Judge Ethan P. Schulman for an injunction to force the ride-hailing companies to comply with Assembly Bill 5, the (somewhat controversial) 2019 California law that requires companies to treat on-demand workers as employees. In a hearing Thursday, Judge Schulman said that the issue was too complex to rule immediately.

“I feel a little bit like I’m being asked to jump into a body of water without really knowing how deep it is, how cold the water is and what’s going to happen when I get in,” Schulman said, according to TechCrunch.

The pandemic has underscored how important gig workers who provide rides and deliver meals and groceries are to society — and how vulnerable. Uber, Lyft, Instacart, Doordash and other companies that build their business models on the backs of gig workers have struggled to provide personal protective equipment such as gloves and masks to their workers.

Eater reports that in San Francisco, in response to a city ordinance that on-demand delivery services must “provide to or reimburse employees for the reasonable cost of purchasing necessary hand sanitizer, disinfecting cleaning supplies, and any needed personal protective equipment such as gloves and face masks,” DoorDash is offering drivers a bonus of 78 cents per day. It is unclear how that amount is meant to cover the ongoing cost of PPE and hand sanitizer.

Uber and Lyft have been leading the charge to repeal or otherwise get around AB5. Together with Doordash, the companies have spent $90 million to promote Proposition 22, a ballot initiative to exempt app-based drivers and delivery workers from AB5. As the San Francisco Chronicle reports, the latest salvo in that battle ended with a judge rejecting the gig companies’ attempt to change the language of the proposition. The proposition currently reads that voting yes will “Exempt… app-based transportation and delivery companies from providing employee benefits to certain drivers.” The gig companies argued that the word “exempt” was biased, but Judge Laurie Earl disagreed.

The COVID-19 pandemic is propelling small businesses into financial crisis. But in Pennsylvania, the PA 30 Day Fund has given out $1 million to help support local businesses statewide.

Launched by Pennsylvania businessmen Jeff Bartos, Richard Phillips and Roger Braunfeld, The PA 30 Day Fund is a volunteer-run nonprofit organization. The fund provides forgivable loans of up to $3,000 to small businesses employing 3 to 30 people that have been based in Pennsylvania for at least one year and are owned and operated by a Pennsylvania resident.

Funding does not need to be repaid, but the fund encourages small businesses to “pay it forward” by donating part of their loan amount back to the fund.

Bartos, a 2018 Republican lieutenant governor candidate, told the Inquirer he got the idea from a friend who is spearheading a similar fund in Virginia called the VA 30 Day Fund. The VA 30 Day Fund has helped 500 small businesses so far.

“We’re all committed to helping and that’s such a unifying mission. I think hope is very much alive,” Bartos told the Philadelphia Inquirer.

For Philadelphia barbershop owner Prentice Michael Boone, the PA 30 Day Fund helped him after his bank turned him down for a loan. Boone told the Inquirer that not only did he receive funding fast, but he also got a thank-you letter from the fund for the work he does for the community.

“Somebody’s finally seeing the pain of the micro-business,” Boone told the Inquirer.

In an article by founders Bartos and Philips for the Philadelphia Citizen, the two reveal their group of volunteers has now expanded to over 70 people. Volunteers review applications, make phone calls to small businesses with news of their approval, and process payments.

The PA 30 Day Fund relies on individual donations ranging from $3 to a $1 million match. Some families donated their stimulus checks, according to the founders in the Philadelphia Citizen article.

“We wish we could fund every company,” Bartos said in a post appearing on the PA 30 Day Fund’s website. “The ones we have funded, we fall in love with these businesses. We hear their stories. They’re remarkable women and men who have doubled down and risked everything to start these companies.”

The fund plans to continue accepting applications as long as the need or money is still there. —Nicolette White