Inside the Struggle to Replace a Century-Old Vaccine – Next City

Inside the Struggle to Replace a Century-Old Vaccine 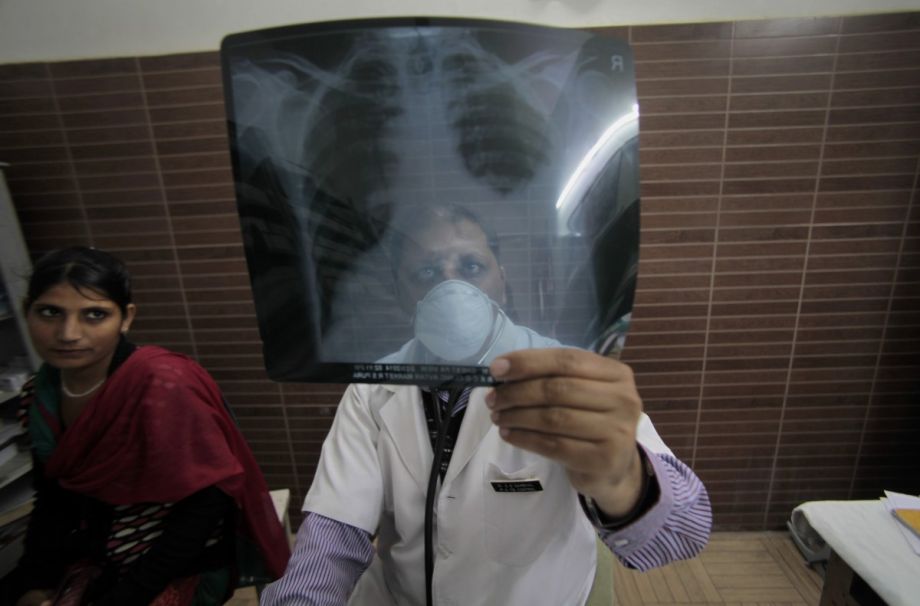 A doctor examines an X-ray of a tuberculosis patient in a district TB center in Jammu, India. (AP Photo/Channi Anand)

“Forgive me for saying this,” Jim Yong Kim said to Paul Farmer one day in the late 1990s, “but the great thing about TB is that it’s airborne.”

According to Tracy Kidder’s Mountains Beyond Mountains, this is what Kim told his colleagues at Partners in Health, an NGO dedicated to offering high-quality healthcare to the people least likely to get it, as the organization struggled to cure tuberculosis patients in Haiti and Peru. Getting international recognition of the problem was urgent. Multi-drug resistant tuberculosis (MDR-TB) caused by underfunded programs that only partially treated the disease was becoming tough to cure. “We can scare the world,” Kim said, “And if we do this project right, we can have a global impact.”

They succeeded. Around the turn of the millennium, the Gates Foundation, PEPFAR, the Global Fund to Fight AIDS, Tuberculosis and Malaria, and other funders began pouring billions of dollars into fighting TB. They often cited PIH’s work, where patients needed costly second-line drugs plus the clean water, food and transportation necessary for recovery, as a key example that cures of even severe TB were possible. Along with it came recognition that direct defiance of the inverse care law, a phenomenon where the people who need the most healthcare receive the least, was the cheapest and best way to prevent a TB pandemic.

MDR-TB (and its more severe variant, extremely drug resistant, or XDR, TB) tends to cluster in urban slums and forces workers to stop working — something few informal workers in particular can afford. On World Tuberculosis Day, the next frontline in the fight against TB isn’t in Haiti or Peru, but rather South Africa.

That battle is the search for a new TB vaccine to supplement Bacille Calmette-Guérin, the 94-year-old immunization effective for infants and children only. Stemming TB cases worldwide will require an immunization for adolescents and adults, including people with HIV, who are especially prone to the infection, and the one in three people worldwide who have latent tuberculosis, a form that causes no immediate illness but can later erupt into the disastrous bloody coughing of active disease. So far, laboratories worldwide have created several potentially effective vaccines.

Aeras, a nonprofit biotech whose $54 million annual budget represents about a fifth of the $250 million currently flowing into TB vaccine research, is testing a number of them in South Africa now.

Clinical director Dereck Tait says the organization’s largest trial involves immunizing 3,500 participants at seven sites in South Africa and three others in Zambia and Kenya, and then monitoring them for up to three years for active TB. “We know if we vaccinate someone, we get an immunological response to the vaccine,” Tait explains. “It all looks promising in early development. What we don’t know is if that immunological response is enough to prevent the disease. So that’s what we’re doing at the moment, including with this big trial.”

There are few better places to do this work than here. The country has about 900 cases for every 100,000 people, far over the global average of 85 cases per 100,000. The nation’s severe poverty and high HIV prevalence puts a huge number of people at risk of contracting TB — enough, in other words, to tell if a vaccine is working — while the country’s well-developed infrastructure makes high-quality trials feasible.

The quest to stop tuberculosis is deliberately geared toward ensuring the most vulnerable people are also the best-treated. The World Health Organization has enshrined “ensur[ing] that no family is burdened with catastrophic expenses due to TB” in its post-2015 goals — the problem that PIH sought to solve when they realized that the financial problem led to resistant disease, and that might disproportionately impact people in the unprotected, under-insured informal economy.

Aeras’ offices give no immediate cues to this special emphasis on equality. Unlike Partners in Health, which is still headquartered in an impoverished Haitian village, the biotech is housed in a sparkling clean building on a private road in Cape Town. It seems much farther from the slums of the Cape Flats, where TB roils through crowded shacks, than the few miles it really is. There are no sick people present, either; the nonprofit runs clinical trials of tuberculosis vaccines on healthy individuals, and this is its administrative office.

Despite the tidy aesthetic and distance from suffering, though, Aeras puts an emphasis on immediate benefits to communities participating in vaccine trials and outreach to highly vulnerable populations. Most importantly, Tait says, “our contracts usually make quite clear that access is very important if the vaccine does become registered … They need to be made available to the populations where we are doing the clinical studies.”

South Africa has a complex mix of informal workers and a huge population of unemployed. Miners there, despite benefiting from rare formal employment, contract TB at 28 times the rate the WHO calls an emergency, and, once ill, spread the disease into their communities.

“We’re not making a vaccine that won’t make money,” Tait adds. “It will make money. In the Northern Hemisphere.” There, fees for vaccination will offset the losses of dispensing the immunization at no profit in developing countries. Access will involve much of the benefit going to the poor, and most of the cost falling on those who can pay.

In other words, the informal workers of South Africa’s slums will benefit from the illnesses of other informal workers in Peru and Haiti some 20 years ago, in part because Partners in Health, which now calls the disease “terribly unromantic,” pressed for change.

Of course, stanching TB remains in the enlightened self-interest of everyone, whether informal workers or not. The disease, as Jim Yong Kim pointed out, is airborne.