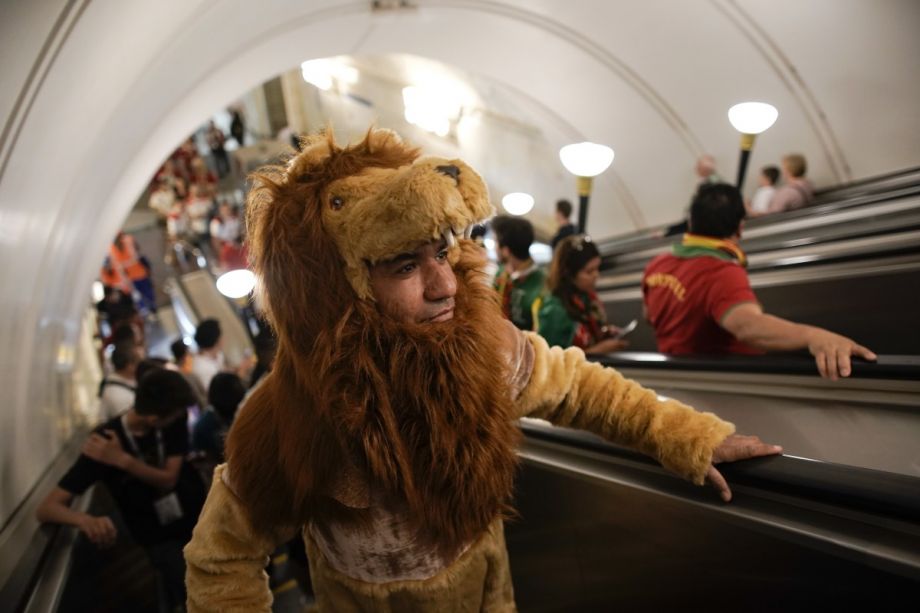 The International Railway Journal reports that a new extension of the Nizhniy Novgorod metro connecting the city center with its brand-new stadium opened on June 13, less than a week before the city hosted the first of several World Cup football matches there.

The 2.5-kilometer (1.6-mile) extension of the 6.5-kilometer (4-mile), five-station Sormovsko-Meshcherskaya Line takes it from Moskovskaya in the city center to Strelka, near the stadium. The new extension also allows the line to be run separately from the 14.8-kilometer (9.2-mile), 11-station Avtozavodskaya Line. The two lines were supposed to run separately when the Avtozavodskaya line was extended into the city center in 2012, but the lack of a reversing facility for the Sormonvsko line beyond Moskovskaya made that impossible. With the opening of this extension, the lines can now be separated past the city center, with a cross-platform transfer at Moskovskaya.

The first World Cup match to be played in Nizhniy Novgorod pitted Sweden against South Korea on June 18. A total of four group matches, a Round of 16 game and a quarterfinal will be held in the city.

The 23.4-kilometer (14.5-mile) line runs mostly underground from Sosa, north of the city, to Wonsi, southwest of it, and has 12 stations; there is a 3-kilometer (1.9-mile) elevated section between Sinhyeon and Siheung City Hall. Riders can transfer to Seoul Metro Line 1 at Sosa and to Line 4 at Choji.

The 1.5-trillion-won (US$1.4 billion) line was built by a consortium led by Daewoo that included Hyundai Engineering and Construction; under the terms of a build-lease-transfer agreement, Daewoo will manage and maintain the line for 20 years. Korail operates the trains, which run at 12-minute headways at peak hours and 20 minutes off-peak.

A northerly extension of the line to Daegok is already under construction and set to open in 2021; a southern extension to Hongesong is planned in the longer term.

Service initially consists of 17 daily round trips between New Haven and Springfield, all at peak hours, plus 14 round trips on weekends. Seven stations, three of them specifically built for this new service, are being served at the outset; two more, at Windsor and Windsor Locks, will be relocated and rebuilt. Three additional new stations should open by 2020.

A double-tracking and infrastructure improvement program has upgraded the tracks, which Amtrak owns and dispatches, for 110-mph operation; positive train control has also been installed. Amtrak already runs service along this route.

The CTRail service is being operated by a joint venture of TransitAmerica Services and Alternate Concepts, which won a $45 million contract from the State of Connecticut to run the service for five years.

Know of a project that should be included in this column? Send a Tweet with links to @MarketStEl using the hashtag @newstarts.