Working Capital for Economic Justice Comes in Handy During a Crisis 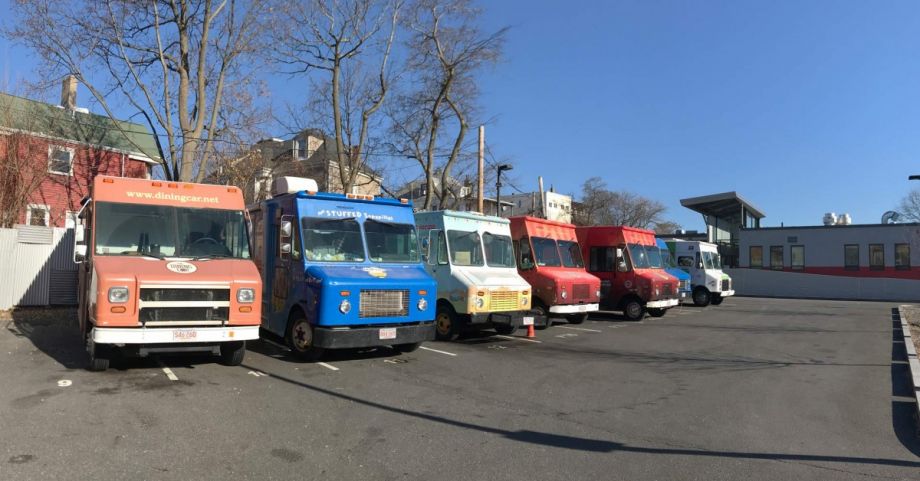 Some of the small food businesses at CommonWealth Kitchen in Boston are idled due to the coronavirus pandemic, but thanks to an emergency grant from Common Future, some of the businesses have been able to pivot to prepping meals to give to community members. (Photo by Oscar Perry Abello)

Rodney Foxworth talks a really big talk. As CEO of Common Future, he wants the nonprofit to be an essential resource for a national network of people, organizations and funders dedicated to building an economy that works for everyone — starting with the black, indigenous, people of color, women, LGBTQIA and other population segments whom the current economy consistently excludes by design.

About a month ago, during a four and a half hour video conference meeting, Common Future’s board voted to walk that really big talk, setting aside a pot of money from the organization’s cash on hand as a rapid response fund.

The idea with the rapid response fund is, when people or organizations in the network bring up a new idea to advance the network’s goals, Common Future can deploy some money immediately to get the work started on the idea. Then, behind the scenes, Foxworth and the team can go about finding a funder to fully fund the idea. It’s like having working capital for economic justice.

“So if something came up where a program opportunity presented itself, Rodney and the team could just go fund it without having to go check with the full board first and then go out and have to fundraise for it before getting the work started,” Common Future board member Meadow Didier says.

Common Future’s original plan was to give out $4 million in funding over the next year — which they still plan to do. But the COVID-19 pandemic accelerated their timetable for getting started, and the nonprofit deployed $250,000 in emergency funding to seven organizations by early April. Those recipients serve urban communities, rural communities, black communities, indigenous communities and other hard-hit communities. They collectively employ at least 350 full-time staff, 80 part-time staff, 100 contractors and consultants and support at least 10,000 small businesses, nonprofits, or individuals who are now at risk of having to shut down their work.

“Nonprofits normally have to wait for funding. Foundations are historically slow to move,” Didier says. We’re seeing some of that maybe change now [under COVID-19 conditions] but in general foundations aren’t very quick to respond even now, and certainly not as fast as Common Future was able to respond.”

Receiving between $25,000 and $50,000, each organization is spending its funds a little differently, but they are each in some way pivoting to address the unprecedented economic fallout from the pandemic in their target communities. And each needed some funding to get started right away.

In Boston’s predominantly black Dorchester neighborhood, CommonWealth Kitchen is using some of its $49,000 to cover for lost revenue after area universities canceled orders from the shared commercial kitchen’s member food businesses — but it’s actually feeding two birds with one loaf of bread.

CommonWealth Kitchen is purchasing members’ stalled food inventory at 50 percent above cost, to help their members with some direly needed cash flow. The Kitchen is partnering with several of its member companies to integrate those products, along with local surplus farm ingredients, into a revolving menu of prepared meals that are given out for free to the community. The commercial kitchen is preparing 10,000 meals per week, distributed in partnership with local community health groups and nonprofits to provide families with healthy and diverse meal options.

“It acts as a stimulus without any paperwork,” says Ismail Samad, director of manufacturing operations. “We’re putting the money to work real quick to help support our member companies and for us in producing emergency food, which is not something we normally do. I also felt responsible because we basically set our members up with a deal that didn’t go through.”

Samad says CommonWealth Kitchens is also working to ramp up production further by partnering with area restaurants to use their facilities and employ their staff in emergency meal preparation efforts.

Other recipients are using the funds to procure supplies for mutual aid networks, or making PPE for essential workers.

“Our goal is to move $4 million this year to our network, so [the rapid response fund is] in keeping with what we were already moving toward as an organization,” Foxworth says. “Our board and finance committee saw the need and had confidence we’d be able to replenish the money.”

That’s unusual for a nonprofit, to say the least. Getting funders to replenish a nonprofit’s operating reserves is so uncommon that there isn’t even a single term for it, industry experts say. But Common Future’s board is betting on themselves and Foxworth’s ability to continue fundraising to support their new business model.

In addition to creating the rapid response fund, which internally they call their “Strategic Opportunity Fund,” the organization also opted to set aside six months of operating expenses. That’s a radical departure from most nonprofits, as much as it is recommended to do so — “we’re seeing now with COVID most organizations don’t have a month of operating funds in reserve,” Foxworth says. The six-month buffer will help the organization cope with natural ebbs and flows of fundraising while still being able to grant out money to Common Future’s member organizations rapidly.

Going forward, Common Future’s own fundraising efforts would now have to account for replenishing either the rapid response fund or the six-month buffer if any of either pot gets spent down in-between funding cycles.

Both pots of money are also there as a shock absorber, so Common Future or its members can cope with any risks that might emerge. It just so happened that a huge risk — an unprecedented global pandemic — had presented itself just as the board was getting ready to approve the new allocation of funds.

“We never expected that it was going to be used so immediately, but it was, which is great,” Didier says. “This was a perfect example of why organizations need these kinds of safety nets and reserves because this was both risk and opportunity.”

In distributing the working capital for the network, Common Future also wanted to model how to get funds to groups on the front lines of economic and racial injustice in a way that doesn’t overburden staff who are already overburdened. While it has provided support in some ways to individuals before, Common Future isn’t a traditional grantmaker. So this became an opportunity to set up a grantmaking process it could use as a model for itself or as a model for others who want to support people and organizations working toward racial justice.

Beyond that, the application had only three questions: How many staff do you employ and how many are at risk, or how many businesses, nonprofits, etc. do you support and how many jobs are at risk? What is your monthly budget and how much revenue do you project to lose due to COVID-19? How much do you need to meet this immediate gap and how will you use the funds? In contrast to many applications for relief funds and grants, the questions expected just 150-word answers, about a third of a page.

“We wanted to get enough info to paint a quick picture of need,” says Melonie Tharpe, senior program director. “We knew there was a need so there was no cause to make folks go through flowery language to convince us of how they got there or community history. Those were irrelevant and maybe should be more often. I can turn on the news to hear the overall need.”

Applications came in from 43 organizations, in 23 states, totaling $1.6 million in requests for funding. A five-member selection committee, drawn from Common Future staff, took a weekend to review and score applications based on a rubric, prioritizing funding to cover lost revenue, for organizations that had little to no other working capital, and the potential repercussions if the organization did not receive funding.

“Potential repercussions” was subjective, but the selection committee disclosed their selection process publicly, giving unprecedented transparency into their thought process and providing a model for other organizations to follow. Also a radical departure from most foundations and grantmaker boards: a majority of the selection committee were women of color.

The organization was only able to grant out $250,000 initially, so staff are now busy shopping around the other $1.4 million in funding requests they received. They’re identifying donors or foundations in their existing nationwide network who might fund those requests directly or provide an emergency grant to Common Future that it can then distribute to fund those requests. They’ve already raised enough additional funds to award emergency grants to three more applicants.

“We made a collective decision to invest in our organizational infrastructure to aggregate and move resources greater than our own budget to a network of frontline leaders,” Foxworth says. “But we had to work ourselves into financial health first in order to be able to make that decision.”