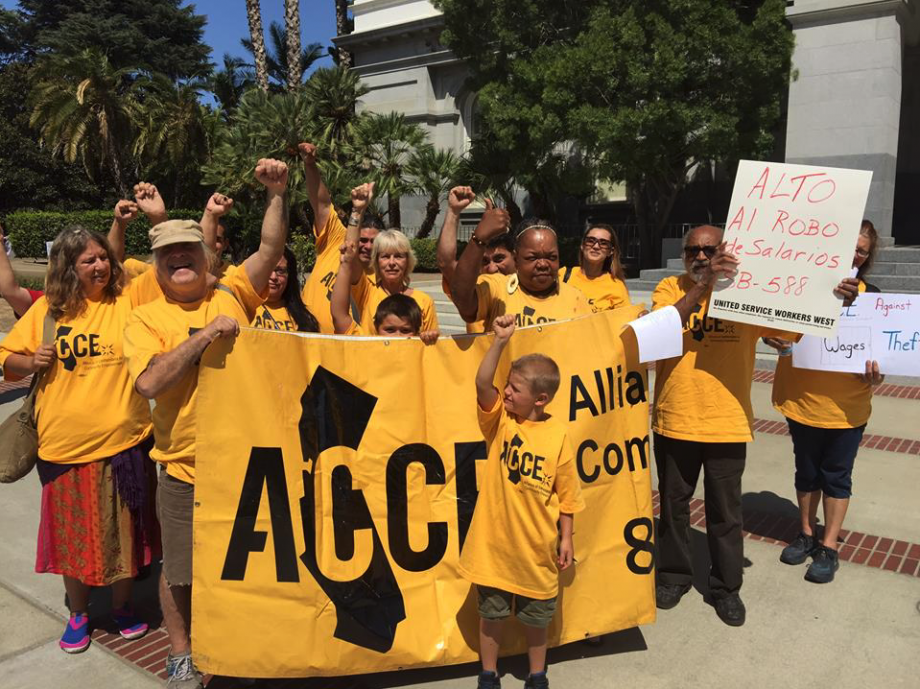 Anya Svanoe was an organizer with the Alliance of Californians for Community Empowerment back in 2015 when, at the beginning of that year, the minimum wage in more than twenty states had gone up, and several of them matched or exceeded $9 an hour. But partly as a result of those changes, partly a longer-running trend, many of workers had had their hours cut after minimum-wage hikes or began experiencing wildly unpredictable schedules.​

In Emeryville, Calif., Svanoe supported a group of workers who approached the city council to get some new scheduling policies introduced to require more predictable scheduling from employers. Svanoe says there was some opposition from business groups, and from the California Restaurant Association, though the policies only apply to retail businesses and fast-food places with at least 56 employees globally or 20 employees in Emeryville.

Ultimately the opposition wasn’t strong enough to overcome the campaign, and the legislation ended up passing unanimously. The law went into effect last summer and began with a six-month “soft launch” period in which complaints would be investigated but no fines levied. Full enforcement began at the beginning of 2018.

The Economic Policy Institute recently released a new report assessing the impact to date of a series of state and local policies like Emeryville’s, requiring employers to provide predictable schedules to their employees, or leave enough time to sleep and commute between scheduled shifts, or offer extra hours to current employees before making new hires — collectively referred to as “fair workweek” laws.

According to the Economic Policy Institute report, fair workweek policies now cover more than 1.8 million people across the country, in jurisdictions ranging in size from tiny Emeryville, California to New York City.

“This is going to be one of the next big issues in terms of labor policy, particularly at the state and local level,” says David Cooper co-author of the report and senior economic analyst at the Economic Policy Institute. “When you look at the whole menu of fairly progressive labor policies that are being considered, these fair workweek policies are kind of the tip of the spear. But it seems like that tip is growing.”

Evolving state laws have been a critical factor preceding other national victories, Cooper points out. Not long after the 2015 minimum wage hikes went into effect, Walmart made big news when it announced that it would raise the starting pay in all of its U.S. stores to $9 per hour, above the federal minimum wage of $7.25 an hour. In that case, laws that applied to limited jurisdictions ended up influencing a company with tentacles all over America.

According to the report, fair workweek laws are now on the books in six jurisdictions. They apply to 327,000 retail and fast-food workers in New York City, 175,000 in San José, 172,000 in Oregon, 40,000 in Seattle, 23,000 in San Francisco, and 2,500 in Emeryville. In addition, “right to request” laws in Vermont, New Hampshire and San Francisco, which guarantee most private-sector workers a right to request specific accommodations around scheduling, apply to a million more workers.

“Irregular and unpredictable schedules result in a host of serious problems for working people and their families,” the report says. “They create volatile incomes, adding an additional barrier for families trying to manage their budgets and plan for the future. They also make it difficult for workers to explore other job opportunities.”

Philadelphia City Council is currently considering Fair Workweek legislation, as Next City has reported. And Chicago is considering similar policies as well, according to the Economic Policy Institute report.

Meanwhile, Svanoe says, her group is now focused on a campaign in favor of Proposition 10, which would remove some limits on rent control in California cities. Many of the same workers who fought for fair workweek laws are involved in that campaign as well, Svanoe says, because issues of affordable housing and low-wage work tend to overlap.

“It’s absurd to me that we’re just looking at passing policies like this in 2018, but I guess we have to start somewhere,” says Svanoe.