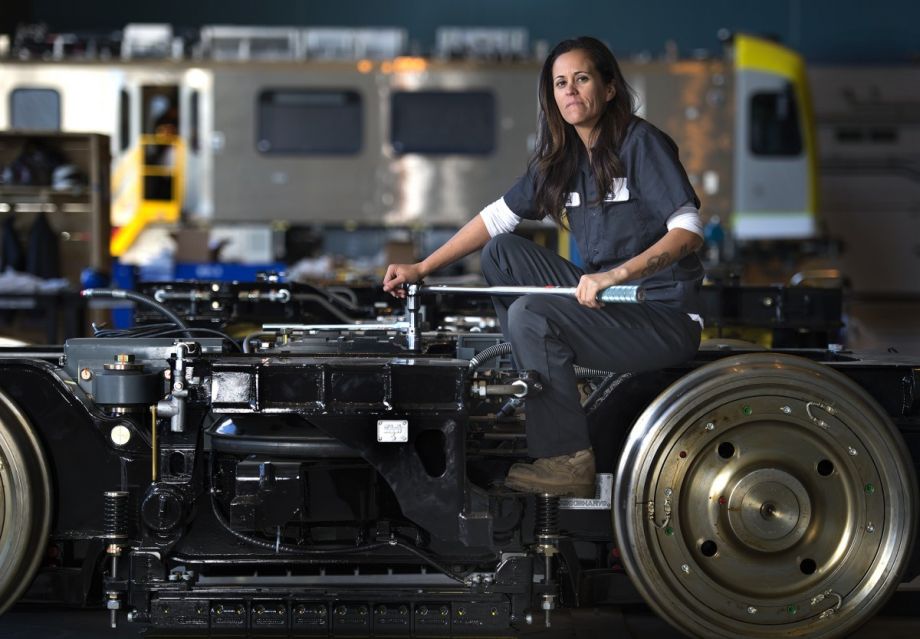 Ami Rasmussen, an interior assembly foreman at the Kinkisharyo railcar factory in Palmdale, California, is featured in a new “Women Can Build” exhibit in Los Angeles.

As the U.S. continues to rise from the ashes of the recession, domestic manufacturing is echoing the country’s industrialism heyday, but unfortunately the reflection is more “Mad Men” than Rosie the Riveter.

Gender diversity within the transportation world specifically, in both building and operations, remain persistently elusive.

Women want that work, according to the University of Southern California’s Program for Environmental and Regional Equity’s new “Women Can Build.” The report, prompted by the Jobs to Move America coalition, highlights the need to bring more women into the industry — a sphere into which a lot of public money flows.

While women make up 47% of the U.S. labor force, they comprise just 30% of the manufacturing industry workforce, and only 24% of the workforce in the transportation equipment-specific manufacturing sector. Out of that group, most of the women are in lower-paying, more clerical positions instead of the desired middle-class building jobs. 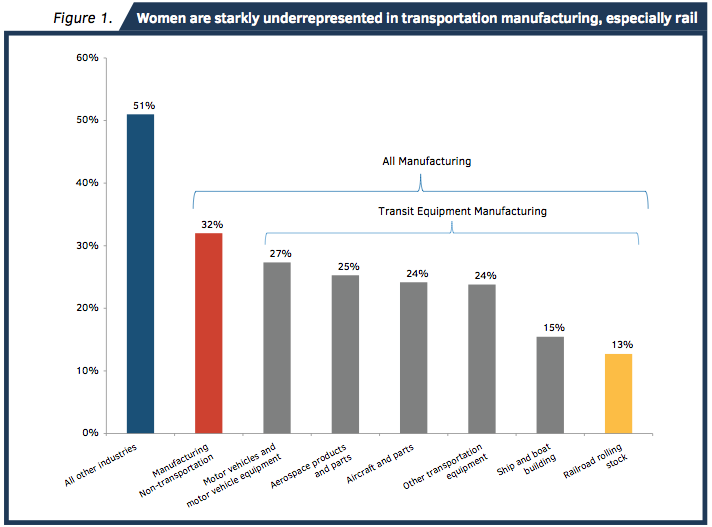 The gender pay gap is also a persistent reality in the field, with women earning around 70 to 75 percent of men’s average salaries. The study found that most female transportation workers are on clerical duty instead of in higher-paying building jobs. The report notes: “Researchers estimate that it could take until 2056 for women’s pay to reach parity with men’s pay. Increasing female hires in the manufacturing industry — in transportation manufacturing in particular — will play a role in closing this gap.” 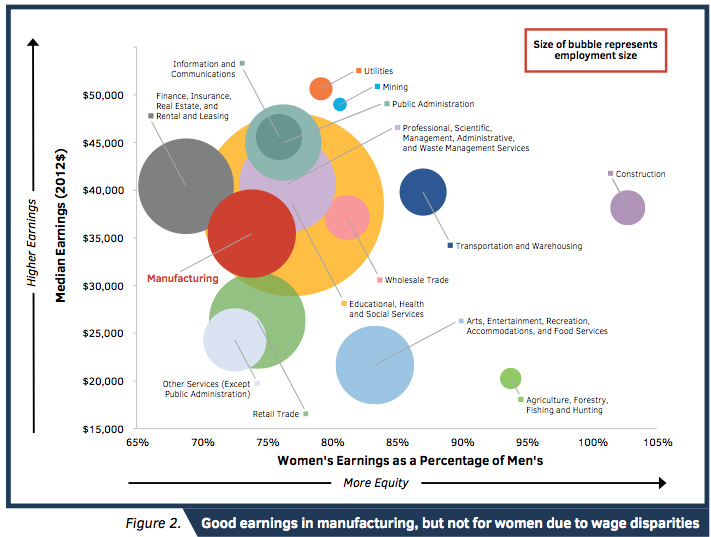 To further promote the potential of women in manufacturing, particularly transportation, the Jobs to Move America coalition last week launched a photo exhibit that showcases women currently working in transportation manufacturing. The show runs until June 21st at the Los Angeles Union Station.