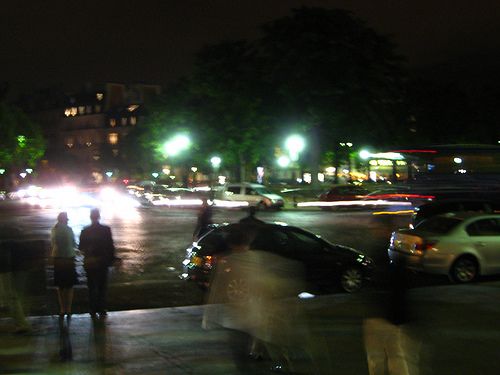 This past January, Lauren Rosenberg, of Northridge, Los Angeles, attempted to walk across a four-lane boulevard in Park City, Utah and was struck by a car. This month she filed a lawsuit against Google claiming their faulty Google Map directions are to blame. Rosenberg downloaded the walking directions from Google Maps to her cell phone in hopes of getting between two points in Park City. Aided by the directions, she found herself walking along a sidewalk-less stretch of Utah State Route 224 and made an attempt to cross the road in order to reach a sidewalk on the other side. Rosenberg did not make it to the median before she was hit, perhaps unsurprisingly given the circumstances and the fact that this all happened after dark.

Her case, Rosenberg v. Harwood, has been filed in Utah and seeks $100,000 to cover the cost of her multiple bone fractures and six weeks of rehabilitation plus punitive damages. The case, which lists both Patrick Harwood, the driver who hit Rosenberg, and Google as defendants, reads “As a direct and proximate cause of Defendant Google’s careless, reckless and negligent providing of unsafe directions, Plaintiff Lauren Rosenberg was led onto a dangerous highway, and was thereby stricken by a motor vehicle, causing her to suffer severe permanent physical, emotional and mental injuries, including pain and suffering.”

Google has not released a comment, but spokeswoman Elaine Filadelo noted that the versions of Google Maps available for desktop computers and mobile devices do include a disclaimer.

But does Google Maps even need a disclaimer? Critics of the case argue that the responsibility of determining safety in a situation like Rosenberg’s is held in large part to common sense (i.e. not crossing a busy four-lane route at night), rather than a corporate disclaimer. “PSA for the day: Google may seem all powerful and all knowing, but if it tells you to walk off a cliff, you really don’t have to,” wrote Kayla Webley for Time.

Google’s seemingly “all powerful” presence is an issue raised by Rosenberg v. Harwood. Critics in the blog world question whether or not there is an over reliance on Google Maps. According to BuiltWith, Google Maps is used by 95.16% of websites using mapping services while Yahoo Maps and Map Point account for only 4.48%. GPS and mapping services like these are not without fault. Last year such over reliance made the news when a Maryland county ambulance got lost using GPS directions and a second ambulance had to be dispatched nearly an hour later.

Despite potential problems, online and GPS mapping services are rapidly growing. Just days after Rosenberg filed the suit, Google added biking directions to its Google Maps 4.2 for Blackberry application. With the growing popularity of programs that map walking and biking routes in addition to driving directions, companies like Walkshed and Walk Score have sprung up. Both rank the safety, feasibility and ‘walkability’ of given areas. If in the past, civic responsibility was not enough for mapping services to take such factors into account, perhaps the threat of lawsuits like Rosenberg v. Harwood will be a reminder that if you offer a service to help someone walk down the street, you might have to hold their hand.