Winners and Losers of the Paul Ryan Plan – Next City

Winners and Losers of the Paul Ryan Plan 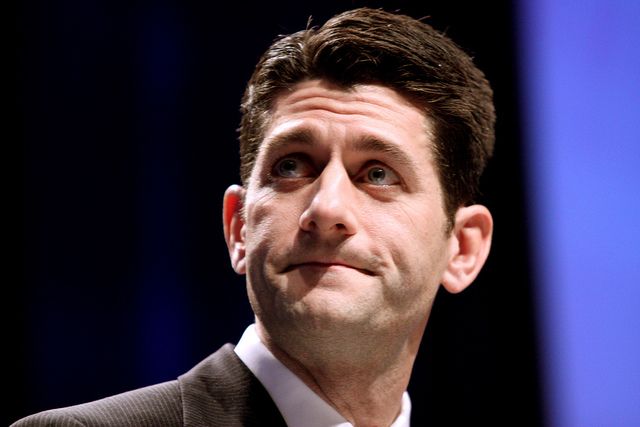 With his name now next to Mitt Romney’s on the Republican presidential ballot, Rep. Paul Ryan and his controversial budget will likely remain in the spotlight as November inches closer.

Endorsed by Romney during the primary season, Ryan’s Roadmap Plan aims to cut $6 trillion from projected government spending in the first 10 years. Entitlement programs like Medicaid would suffer deep cuts, and Medicare would be transformed to essentially resemble a capped voucher program.

The unraveling of the social safety net isn’t the only concern when it comes to Ryan’s plan. The Wisconsin congressman has proposed a major overhaul of the tax code, slashing the top corporate and personal tax rates from 35 percent to 25 percent. Though the tax cuts would benefit high earners, they would provide little to no benefit for low-income working households, according to an analysis by the non-partisan Tax Policy Center (TPC).

Under Ryan’s budget, Romney, a high-earner himself, would have paid an effective tax rate of about 0.82 percent in 2010, thanks to the proposed cuts to top tax rates and elimination of the Alternative Minimum Tax. The sliver of Romney’s income subject to taxation would have come from earnings he made from author and speaking fees that year. The rest of Romney’s income came from capital gains, interest and dividends, and Ryan’s plan eliminates taxes on those sources of income.

To predict how Ryan’s plan would impact cities and the people who live in them, the first question might be: How many would benefit and how many would be left behind? In Philadelphia, only 1.9 percent of 580,000 households make an income of $200,000 or more — much less the $1 million needed to receive Ryan’s generous cuts. In other cities, that percentage is not much greater. In Chicago, it’s 4.6 percent of households, and in Atlanta, 8.1 percent. By the numbers, it seems the vast majority of these urban populations would not enjoy significant tax cuts, if at all. 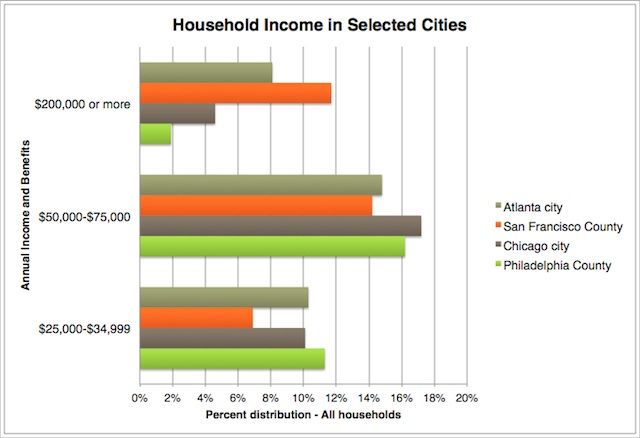 A percent distribution of household income in several cities and counties, by income bracket. All data was collected from the 2006-2010 American Community Survey five-year estimates. Credit: Michaela Krauser