Will a Tax Convince San Franciscans to Treat Soda Like Tobacco? – Next City

Will a Tax Convince San Franciscans to Treat Soda Like Tobacco? 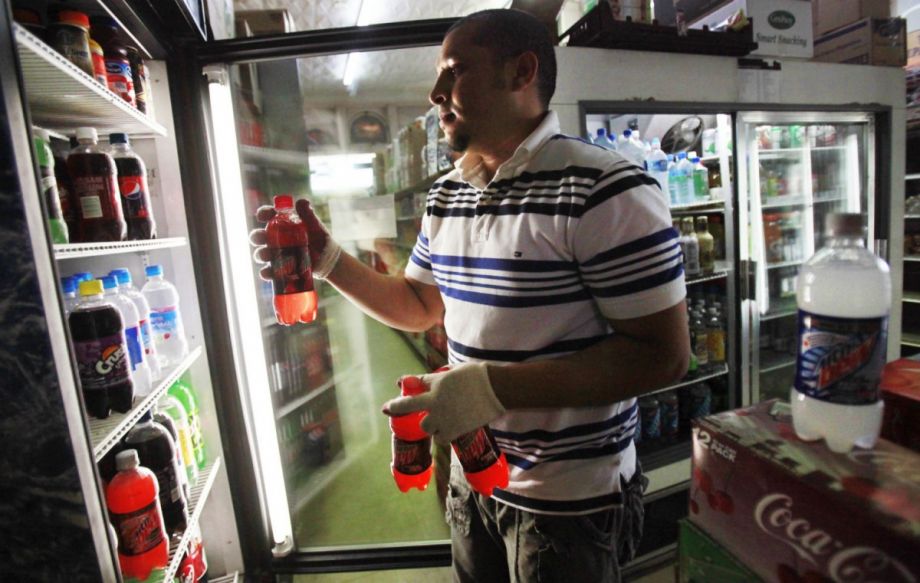 In February, San Francisco officials announced a proposal for a two-cents-per-ounce tax on sugary beverages. City residents will face the choice on the ballot in November. Though voters in several other municipalities have recently rejected such taxes, some expect that progressive San Francisco could become a pioneer. Indeed, according to one poll, 78 percent of Bay Area residents support the idea. (Neighboring Berkeley is also considering a tax.)

The tax initiatives are part of a larger effort to apply tactics from the fight against Big Tobacco to the newer fight against Big Soda. Just as cigarettes have gone from glamorous accessory to cancer sticks, a campaign is underway to turn soda pop from innocent treat to liquid toxin.

Why a tax on sugary beverages? Given the amount of junk in American diets, it may seem arbitrary to single out Coke and 7-UP. Certainly, beverage companies portray it as such. But research demonstrates the particularly insidious harms of these drinks, which have been linked to the rise in obesity, diabetes, heart disease and other health problems. Unlike many other high-calorie indulgences (say, fried chicken or whole milk), soft drinks have zero nutritional value. They are also less “satiating” — that is, you can drink Pepsi continuously without receiving a signal from your body that you’re full. Finally, the drinks are ubiquitous: They constitute the single largest category of calorie consumption for Americans.

But will a tax reduce that consumption? Abundant research suggests that, given a sufficiently painful price hike, shoppers will buy less soda. Unlike staples such as bread, soda is, in economics-speak, “price-elastic.” The typical estimate is that for every 10 percent increase in price, sales will drop by 7-10 percent. Many studies rely on survey reports or modeling, but one 2010 study observed actual behavior. At the Brigham and Women’s Hospital in Boston, when soft drink prices rose by 35 percent in the cafeteria, sales dropped by 26 percent. The Rudd Center for Food Policy and Obesity at Yale endorses a penny-per-ounce tax, roughly equivalent to 20 percent. The San Francisco proposal, at two cents per ounce, is safely above the threshold expected to be effective.

The design of the proposed policy — an excise tax — also has grounding in research. An excise tax is levied on the manufacturer or distributor, and then incorporated into the price, as opposed to a sales tax, which is tacked on at the register. To maximize the deterrent effect, research shows that a certain amount of sticker shock is necessary. That is, customers need to see the price increase on the shelf. According to a legislative aide to San Francisco Supervisor Scott Wiener, one of the officials behind the policy, they chose an excise tax for this reason.

Still, if the tax passes, no one can forecast the precise implications for public health. One area of uncertainty involves the “substitution effect.” If you buy less soda you may shift to consuming other high-calorie beverages, such as milk and fruit juices, or to diet sodas with artificial sweeteners, whose health effects are poorly understood. You could even use the money saved to buy Doritos or alcohol. Some critics have pointed out that the complex dynamics of metabolism make it difficult to predict the effect on obesity. It is widely believed that, owing to the distinctive harms of soda, the tax would yield public health benefits. But until it happens, we can’t guarantee that, nor can we know exactly how substantial the benefits will be.

Another possibility is that companies could try to subvert the intention of the tax. In the March 2014 issue of the American Journal of Public Health, Jennifer Pomeranz, a professor of public health at Temple University, points out that manufacturers could distribute the cost of the tax among their various products “to increase the price of their entire portfolio by a negligible amount, thereby nullifying the effect of the tax.” The Coca-Cola Company, for example, could spread the tax among its Dasani bottled water and diet Coke as well, so that customers barely noticed a price increase. Companies or retailers could also offer discounts and coupons.

To thwart these kinds of maneuvers, Pomeranz proposes minimum price laws stipulating that the tax is reflected in the shelf price. (Not all cities may have the authority to enact such laws, as local powers vary widely among states.) She also recommends bans on coupons and discounts. As she notes in the article, a federal court recently upheld a law passed by Providence, R.I. that prohibits coupons and “buy-two-get-one-free” deals for cigarette packs. Presumably the same strategy could apply to soda.

The San Francisco policy would not include these supplementary laws. Instead, it’s a basic, experimental first step. As with any policy, its effects will be somewhat unpredictable. But if it becomes a reality, the public health community will be watching very closely. “We’re looking forward to evaluating an actual sugary drink tax,” said Roberta Friedman, director of public policy at Yale’s Rudd Center, “and to proving that our best guesses are right.”