Even With Wider Highways, Maryland Could Still Find Itself in a Jam 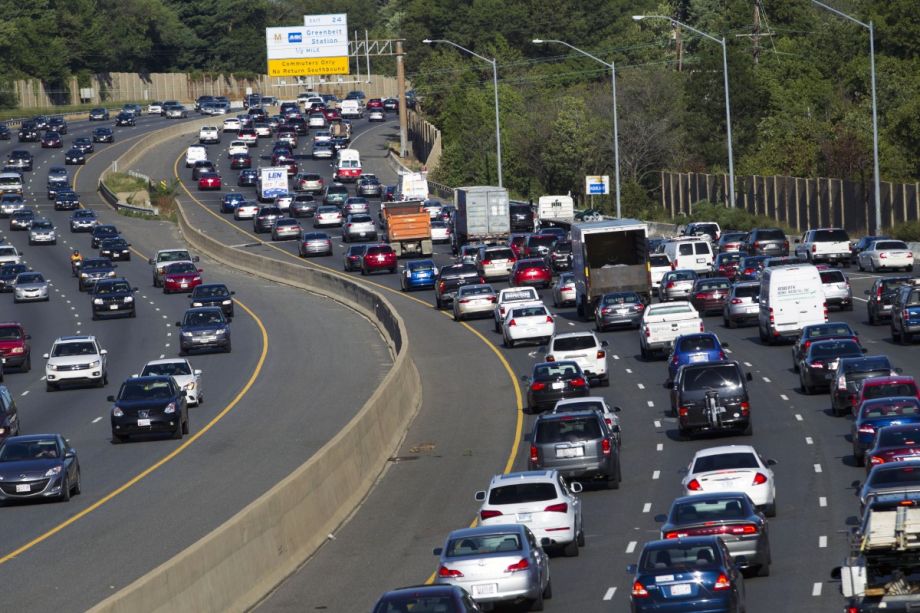 Perhaps the best way to explain Maryland Gov. Larry Hogan’s $9 billion proposal to reduce congestion on some of the Washington-Baltimore area’s clogged freeways is as another chapter in his narrative “The Revenge of the Suburbs.”

Or, alternatively, further evidence of the relative decline of Baltimore as the urban hub of the Maryland economy.

“I don’t think there’s any question that Gov. Hogan is looking to his constituency, and he didn’t get elected by Baltimore,” says transportation policy consultant Alan Pisarski, the author of “Commuting in America,” when asked to explain why the governor proposed a congestion relief package that relies entirely on widening highways by adding express toll lanes to them. “But second, and more significant, is that Baltimore is not the economic engine of the state. Although Baltimore’s important in places, it’s Washington, D.C., that drives the economy of the state.”

That certainly could explain Hogan’s earlier decision to proceed with the construction of a light-rail line serving the Maryland suburbs of Washington and scrap one planned for Baltimore. But even if the importance of the Washington area to the region’s economy explains why he is planning to widen roads in the only two counties in Maryland that, like Baltimore City, voted against him in 2016, it still doesn’t answer several other questions.

Like, will the numbers really work? And what can be done to give Baltimoreans better access to jobs in the Washington suburbs?

And is there a point where widening a highway becomes counterproductive?

“Without question,” Pisarski says in response to the last question. He ascribes some of the problem to the environmental review process that has caused most public works projects to take longer than they once did to complete. But the development the roads generated also plays a role.

“Years ago, we didn’t have the opportunity to build redundant roads, so we ended up building on the ones that we already have,” he says. “So instead of two roads, you have one very wide one. So you lose the ability for the system to be redundant and resilient.”

And that same spread-out development also makes it harder to enable center city residents to reach suburban jobs. Pisarski is not so certain transportation access problems can be fixed by redirecting transportation spending away from widening existing highways however.

“The history of Maryland has been [public officials] trying to put transportation [facilities] in to lead land use in certain directions,” he says, “but at the same time finding out that land use has gotten so far ahead of the transportation process that transportation ends up playing catchup instead.”

Playing catchup, it turns out, isn’t cheap. And that could be a problem down the road. Pisarski notes that public-private partnership projects that have already been aimed at reducing congestion on the Capital Beltway and other roads in Virginia ended up costing the builders more than they had anticipated, and in some other states, express toll lanes built by private firms ended up in the hands of the state when traffic and revenues failed to meet projections.

And these lanes still won’t do enough to connect job-seeking Baltimoreans to Washington-area jobs. Back when the highways were still being built in the 1960s and 1970s, some visionary developers sought to build new cities on exurban farmland to serve as easily accessible places to live and work. One of those was Columbia, Maryland, halfway between Washington and Baltimore off I-95. But Columbia never quite became the hub that its Virginia counterpart, Reston, did, nor did an edge city along the lines of Tysons Corner develop in Maryland.

The presence of those two Virginia developments enabled Fairfax County planners to retool them for multimodal access by way of a Washington Metro extension. That’s not an effective option for Baltimore.

Pisarski isn’t sure that the recent revamping of Baltimore’s bus system will improve connections either. “We really have to look at where those bus routes are serving the people with very low access to autos and at where the jobs are,” he says.

A robust debate over solutions to congestion that don’t involve adding hundreds of miles of toll lanes likely won’t happen either, thanks to the power that Maryland state law currently gives Hogan. State Sen. Richard S. Madaleno, a Democrat running for governor who criticized the proposal, told The Baltimore Sun: “People are frustrated about congestion and they want solutions. But let’s have a conversation about it rather than having the governor make the decision by his executive authority.”

The worst-case scenario, then, is that after spending $9 billion in private funds on new express toll lanes, the highways remain as jammed as before because drivers refuse to pay the tolls. They end up becoming part of the state highway network, putting further strain on tight infrastructure budgets. And the people who need better access to jobs remain as stuck as those drivers are.