Wichita Gets Wild With New City Park – Next City 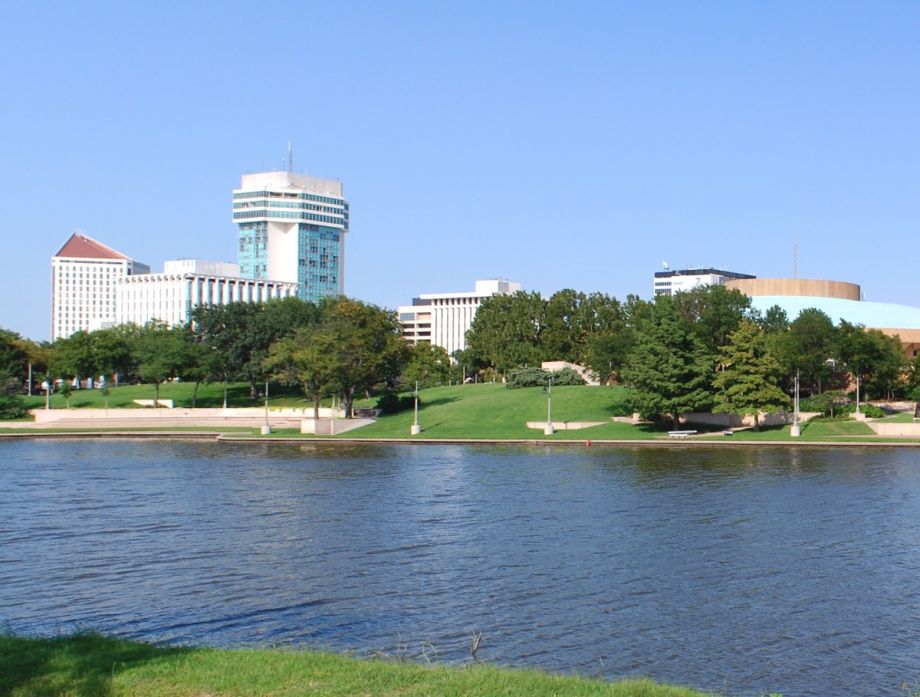 In a rare fusion of nature preservation and economic development, Wichita will soon see its urban wetlands become a public park. In doing so, it is upending the classic template of a park as a place of well-mowed green space and tennis courts, and replacing it with a vision that is more wild and native. And in one graceful step, the wetlands project will also improve stormwater management and improve the value of nearby commercial projects.

The 93 acres of wetlands sprawl over northwest Wichita is a haven to pheasants, turkeys, herons, pelicans and other wildlife. For about a century, the wetlands had been owned by the local Pracht family, which used the area as a kind of hunting club in what was then the country. They put in wells and other irrigation systems, and they did some farming, while also inviting friends to join them for duck hunting ventures. They gathered at a private clubhouse near a large body of water that they dubbed Cadillac Lake, because so many regular guests worked at local Cadillac dealerships. They parked their shiny luxury cars on the lakeshore.

As the city grew closer to the borders of the Pracht property, so did interest in residential and commercial development there. Slawson Companies, which had several developments in the area, was running out of room to expand. They acquired 72 acres of wetlands property from the Pracht family last year, and opted to develop 31 acres and donate the remaining 41 acres back to the city for use as a preserve. The public acreage is contiguous with 52 acres of wetlands that the city acquired in 2009, making for an urban preserve that is just shy of 100 acres. Wichita’s proposed park will be adjacent to the forthcoming mixed-use commercial development from Slawson, which will include at least one hotel, restaurants, offices and retail. It could open as soon as Fall 2016.

The Kansas city’s newest 10-year capital improvement plan sets aside $1 million for the project. The park, which is yet to be named, is large enough to facilitate a light touch. The money will be spent on developing a trailhead, elevated walkways, crushed gravel paths, viewing stations, a fishing pond, parking options, interpretative signage and possibly an outdoor classroom.

Additional retention ponds will also be installed in the wetlands area, providing a critical floodplain for the neighborhood. Water management is a big deal here in the basin on the low-lying Arkansas River (locals call it the “Ar-Kansas” River.) The city has already pursued various methods of flood mitigation that fuse more beautifully into the natural environment: retention ponds rather than concrete stormwater drains. By protecting the wetlands, the city retains one of its greatest resources for capturing excess water before it does damage. The wetlands also act as a natural filter for contaminants that might come up on roadways and parking lots.

City Council Member Bryan Frye, whose district includes the park, says that, for years, citizens expressed concern that the wetlands would become “just another parking lot or apartment complex.” Years ago, when Slawson’s earlier projects were taking shape, there was a great deal of resistance about how they would impact the wetlands and flood control. But the new proposal for the park has residents feeling “extremely positive.”

“It’s a fantastic project that combines economic development, an ecological treasure, a property tax addition and stormwater control,” says Frye. “And it’s all without tax dollars or incentives.”

According to the Environmental Protection Agency, Kansas lost 67 percent of its wetlands between the 1780s and 1980s — one of 22 states to lose more than half of their original wetlands. Nationally, about 60,000 acres of wetlands are lost annually. (For more about what can be done to protect wetlands, in Kansas and beyond, see here and here.)

As part of the city council’s bonding resolution approving the Slawson land donation on September 1st, Wichita will not pay more than 24 percent of the estimated $806,400 cost of drainage mitigation. Slawson, which benefits from flood control, will pay the remaining 76 percent. The city is retaining all water rights.

Because of the unusual nature of this park, an unusual level of collaboration is involved. Besides Slawson and Wichita’s parks department, public works is involved, as well as the U.S. Army Corps of Engineers. Troy Houtman, the parks and rec director, says that there were a number of conversations about whether the city was prepared to manage the wetlands as Wichita’s 136th park. There were state guidelines to follow, designed to ensure that wetlands be kept in increasingly good condition. And this donated parcel had been zoned as farmland. It helped that there are actually fewer maintenance costs for the wetlands than come with an ordinary park. As Houtman puts it, a low-impact preserve doesn’t require the same kind of manicured landscaping of typical parks.

City officials also wanted to be sure that the commercial development wasn’t going to be “a strip mall facing the wetlands,” Houtman says, but rather, it would feature an interactive design.

Slawson was receptive to this. It plans on, among other things, installing a natural vegetative border between its property and the park. It doesn’t hurt that the company’s vice president for commercial development, Jerry Jones, has a degree in landscape architecture and once worked as a city planner for Scottsdale, Arizona.

“Our plan is to develop the arterial frontage, which is on a major commercial corridor,” Jones says. “A lot of the area around it already developed with commercial projects, a lot of retail, and residential neighborhoods. So in some ways, this is an infill project.”

The new development will benefit from appealing views of the water. Slawson will retain control of one side of the lake. It also provides an additional benefit for retail tenants and hotel guests. “Health and fitness are becoming more important … so amenities like walking trails and bike paths and nature … well, there’s greater demand for that now,” Jones notes.

The one key step before work can begin in bringing the park to life: The Army Corps of Engineers must approve a Clean Water Act-related permit for the project. As stewards of the property, though not owners, they are tasked with ensuring proper future management for the wetlands. Slawson is responsible for seeing the permitting process through. Houtman says that permit stipulations involve remediation work involving different types of vegetation, and it will also involve inspections.

Beyond that, Houtman says he also expects to see the wetlands attain protective covenants from the city, designating them as a preserve for the long-term in the heart of Wichita.

Even once the park is fully developed, most of the wetlands won’t be visible to the public unless you’re traveling over them in a helicopter. It defies the notion that if a city is not growing, it’s dying — or that the natural preservation of huge swathes of urban land is necessarily at odds with economic development. (Notably, a recent study out of England found that cities can benefit in multiple ways when land is set aside for large parks.)

While Houtman says he’s seen variations of this kind of project in other states, he thinks the arrival of such a park in Kansas will win over residents in a way that goes beyond community recreation: “I’m really excited about changing people’s concept of open space.”